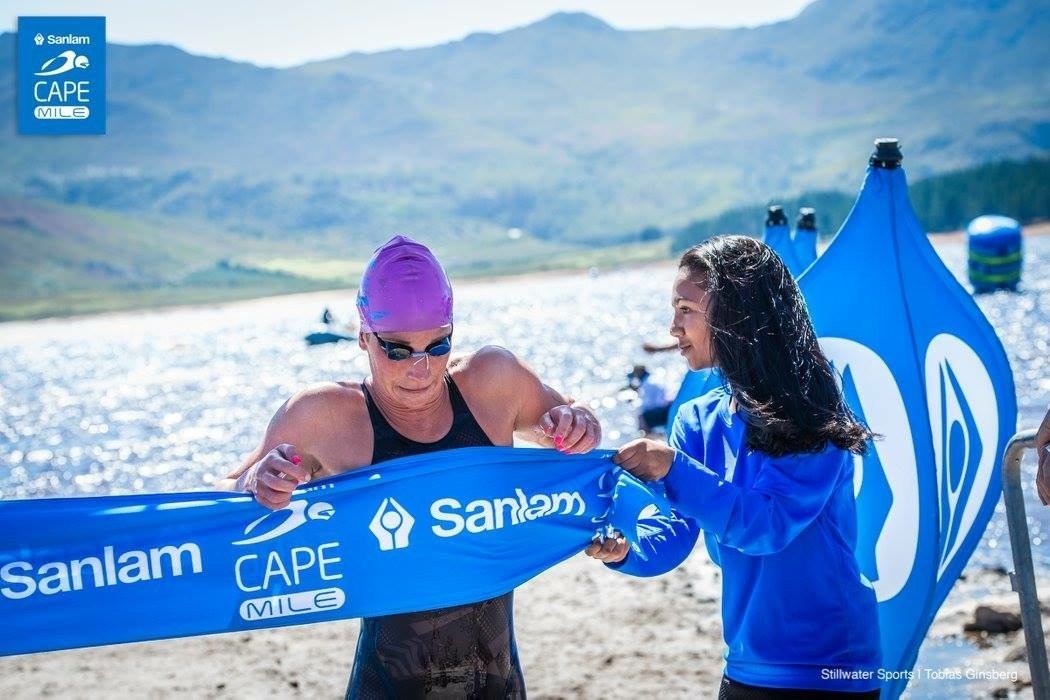 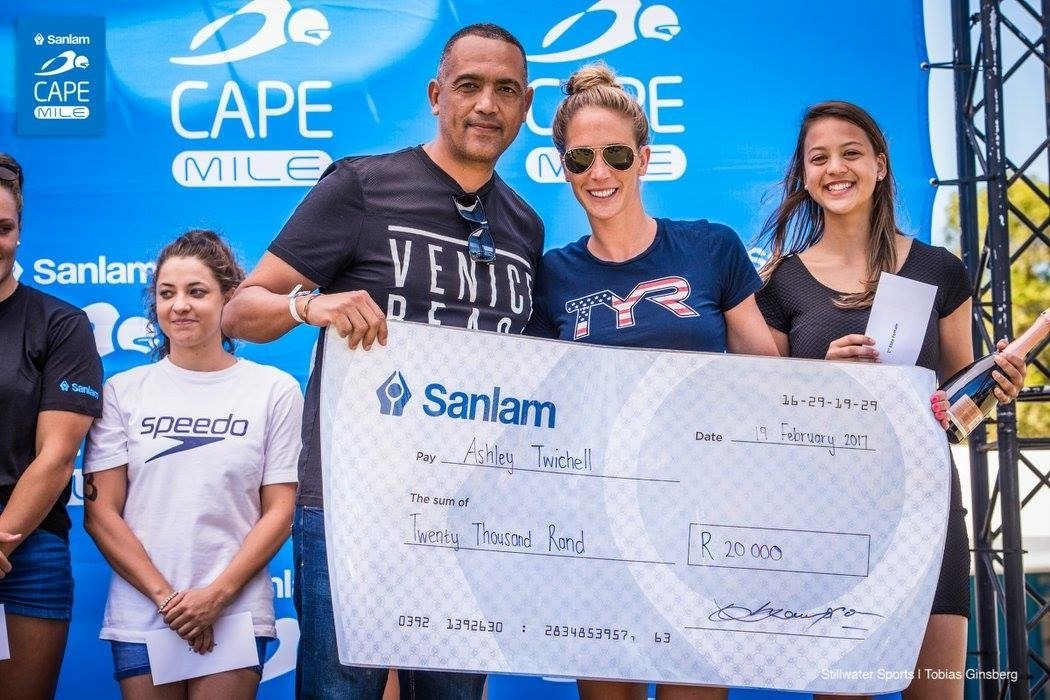 After the first four men crossed the finish at this weekend’s Sanlam Cape Mile, then came the first woman Ashley Twichell who won her second race in two weeks.

“The venue is awesome. It’s unlike any other event that we’ve competed in. We don’t have mountains like these in the United States. The race was really fun. The first straight section was tough. I couldn’t really see who was in front of me. I just followed the splashes. Once we made our first turn the visibility got better and I got into a grove. I am really happy to come away with the win. The Sanlam Cape Mile seemed so seamless. It’s well organized and great fun.”