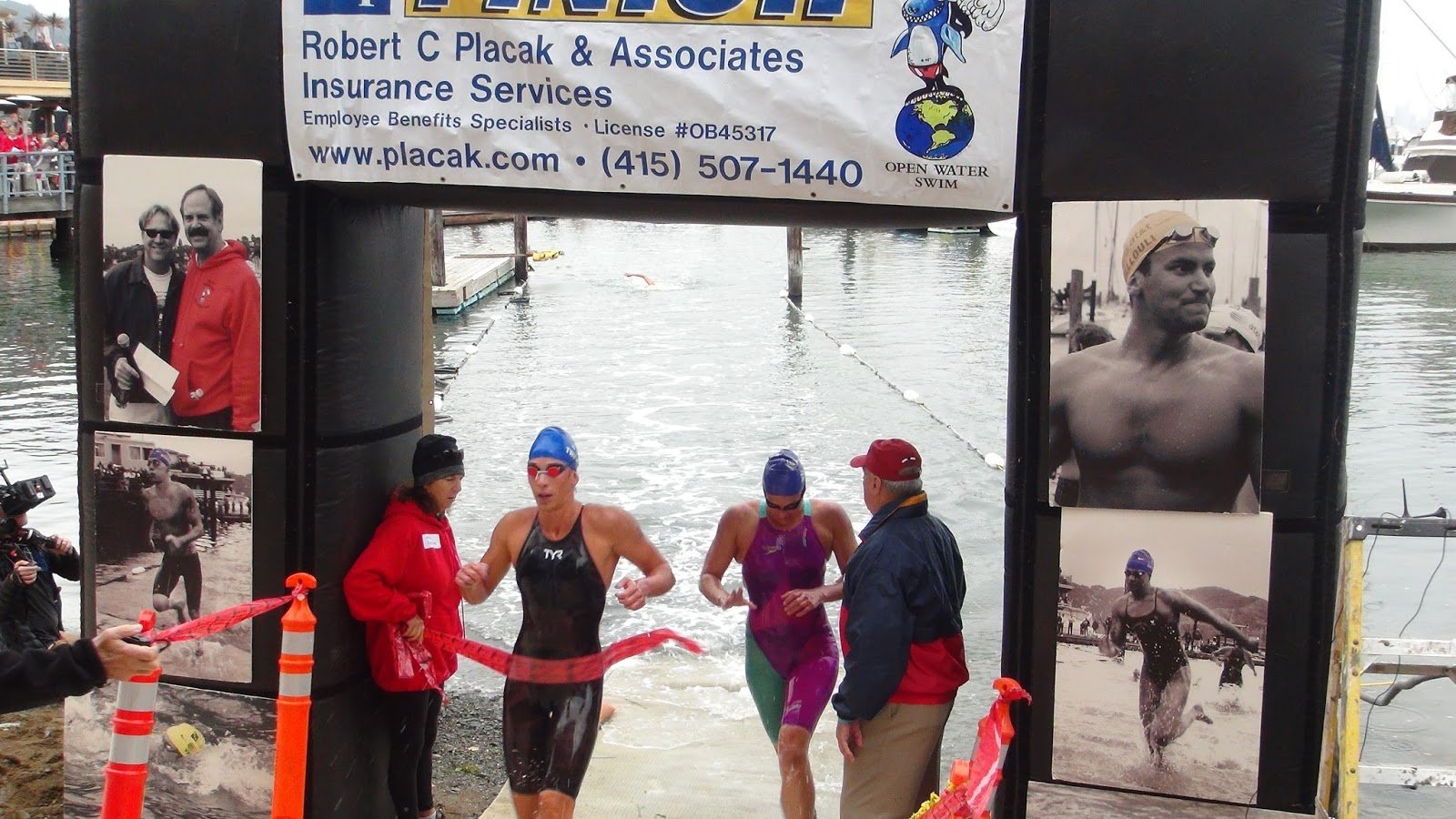 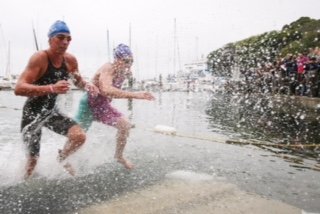 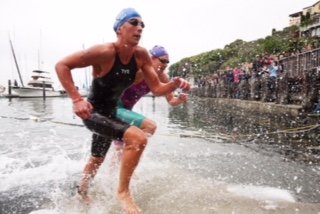 One year after cancelling the 2015 race for the non-elites due to unexpectedly strong currents, the excitement of the RCP Tiburon Mile returned to San Francisco Bay.

The 1 nautical mile race has always had its share of close races, but the 2016 edition was a joy to behold.

The two women have raced together in four continents and numerous countries since 2009. In competition in salt water or fresh, 1 mile or 10 km, the British-American duo are nearly always swimming stroke-for-stroke, from the start to the finish.

In contrast, Twichell’s long-time national teammate, Chip Peterson, won his second career RCP Tiburon Mile in the men’s race over Australia’s Michael Sheil. Quite unusually, only three men finished in the Top 10 as the female competitors really enjoyed a competitive nautical mile in the San Francisco Bay this year.

Photo sequence of the final sprint and run up the beach by Elliot Karlan is posted here.