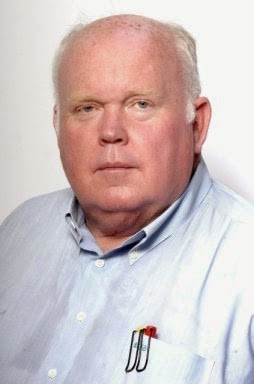 In the post-2012 Olympic performance review conducted to 5-time Olympic coach Bill Sweetenham, he conducted a comprehensive analyses of the Australian swimmers’ results in London down to the individual events.

This independent post-competition review is an important tool and methodology to understand how best to support the athletes and their coaching with the aim to achieve the best possible international results.

Sweetenham writes, “This system [requires] the initial audit (checklist) to be completed by external and well qualified expertise. Chance results in today’s performance world are rare and infrequent in repeatable excellence. It can be the reason why a careful examination of global sporting performances in individual sports will show variation of results in specific events (i.e., strong in men’s events at one Olympics and weak in women’s events, and then followed by the opposite at the next Olympics).

The same thing occurs in events in countries that were once strong in endurance or form strokes at one Olympics going on to be strong in sprints at the next Olympics and becoming weak in the other, etc. In today’s world, there is no such thing or the complacency for “building phases”. These should be continuous and ongoing
.”

Sweentenham’s findings enabled Swimming Australia to have a checklist for its administrators to ensure its funding is applied to the priority areas requiring attention – an essential element that can lead to the improvement of each stroke and race at the Olympics…including the Olympic 10K Marathon Swim. It can also serve as a model for other organizations and associations to analyze their own investment in aquatics, including their own emerging open water swimming communities.

In a country that has had so many Olympic and world champions in distance freestyle over the last century and in a seaside-oriented nation that celebrates ocean swimming while hosting the world’s most competitive and popular surf lifesaving festivals, the lack of Australians standing on the podium at the 2008 and 2012 Olympic 10K Marathon Swim has been among the most surprising results from the first two editions of marathon swimming at the modern Olympics. 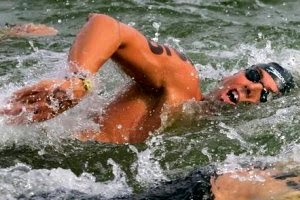 With the upcoming Olympic 10K Marathon Swim in the rough waters of Copacabana Beach – a venue that seemingly favors the ocean-savvy Australian men and women, the return to competitive swimming by Olympic great Grant Hackett [shown above], and the increased competitiveness of the top Aussies, the chances of Australia being shut out of Olympic medals in Rio de Janiero seems to be less unlikely than in 2008 and 2012.

At the 2016 Rio Olympics, this cheer will be heard by Olympic fans: