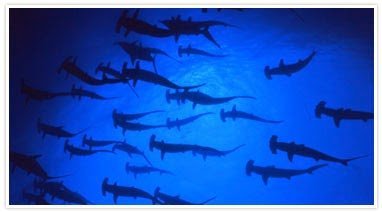 In Native Hawaiian culture, sharks are considered to be gods of the sea, also known as aumakua and protectors of humans.

Some sharks are believed to be even more intimate; they are thought of as family members who have died and been reincarnated into shark form.

These aumakua watch over people and protect them from the dreaded niuhi.

Niuhi are sharks that are considered man-eaters including great white sharks, tiger sharks, and bull sharks. The hammerhead shark, also known as mano kihikihi, is not considered a niuhi; it is considered to be one of the most respected sharks of the ocean.