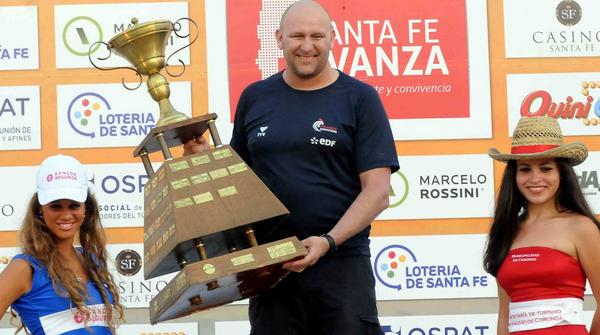 Broadcast by Canal+, the Intérieur Sport program will produce a documentary on the sights and sounds of the fans throughout the 57 kilometers of race, as well as the professional marathon swim that is engulfed in a rich history of a river festival.

The story of the Santa Fe – Coronda Marathon will be told through the eyes of Muller and Lecat.

While Lecat completed dozens of swims over 25 km, including an 8 hour 19 minute crossing of the English Channel, this will be Muller’s longest race by far.