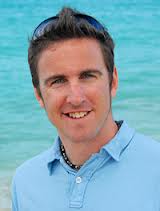 14 victories since 1985. It is a rare – or never – that an athletic event in America is so dominated by Australian athletes.

Marathon swimming – as in the annual Manhattan Island Marathon Swim – is one such competition. Since 1985, men and women from Down Under have traveled about as far as one can travel to win the famous 28.5-mile circumnavigation of Manhattan Island.

Today Paul Newsome continued the Australian legacy of victories in New York with a strategy and pace that would have made his Aussie predecessors proud. And to top it off, fellow Australia Ceinwen Williams Roberts was the first woman in today’s race according to the unofficial information on the Interwet.

The history of Australian victories in the Manhattan Island Marathon Swim since 1985 is as follows:

For full results, commentary, quotes, and information, visit NYC Swim for more information on today’s competition. Tweets from Evan Morrison on the escort boat of Paul Newsome are here. The swim was described as the coldest Manhattan Island Marathon Swim in history.