Chris Guesdon and Gary Toner announced Linda McGill as a member of the inaugural Class of 2020 in the Australian Marathon Swimming Hall of Fame. 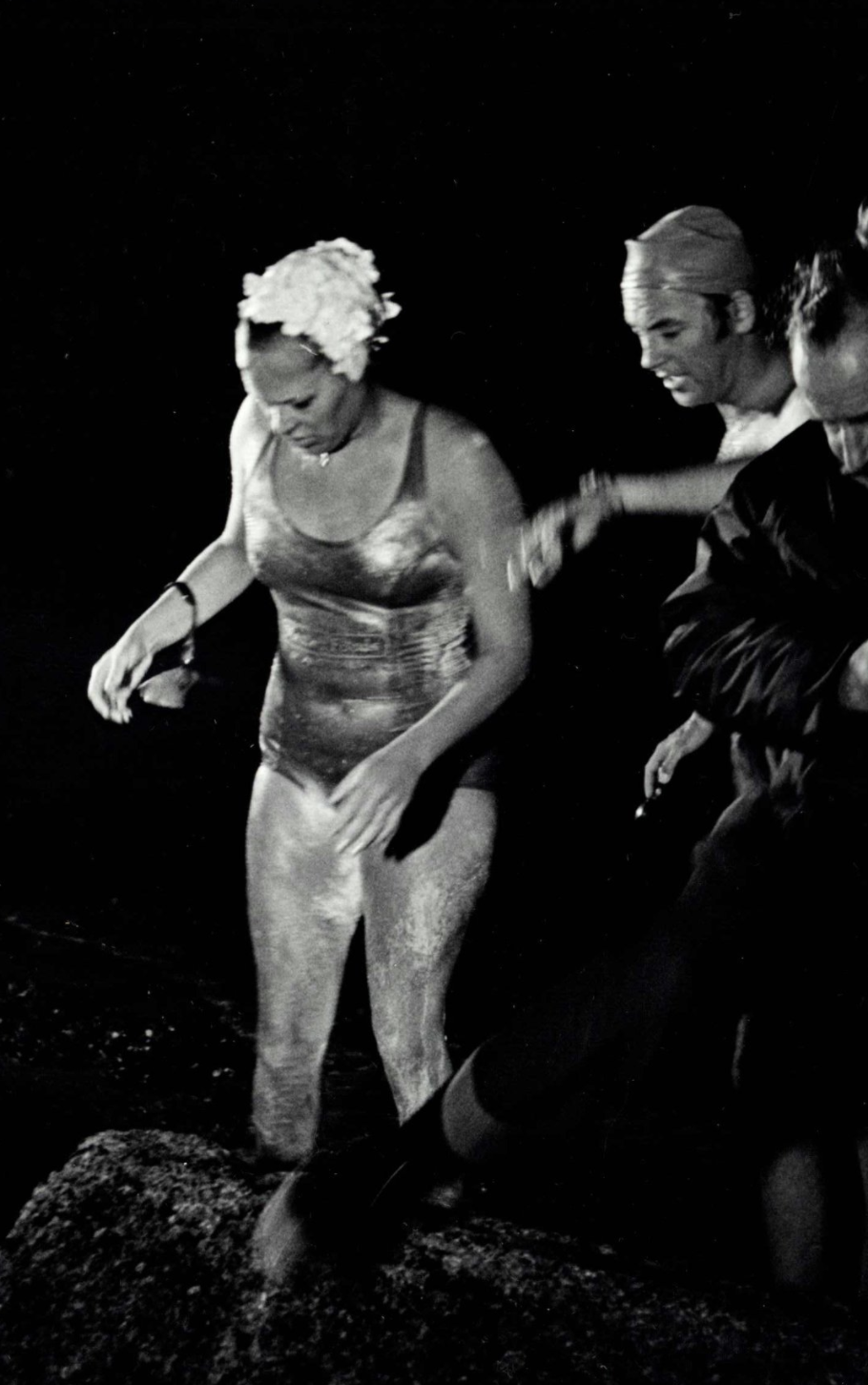 They explained, “Linda McGill is an Australian icon in marathon swimming. Linda was the first Australian to swim the English Channel in 1965 swimming topless and posing topless for press photographs after the swim. On this swim, she missed setting a then-world women’s record by just 11 minutes.

In an effort to beat the record, she formally petitioned for and was granted permission from the Channel Swimming Association to swim topless, in order to prevent the straps of her swimming costume from cutting into her shoulders, as they had done on previous long swims. In 1967, she beat the record with a time of just under 10 hours.

Her Hong Kong swim drew significant media when on May 23rd 1976, swimming topless most of the way, she became the first person ever to swim around Hong Kong Island, accomplishing this in 17 hours 6 minutes. The swim, in a counterclockwise direction, was sponsored by Cathay Pacific and began and ended in Repulse Bay. McGill faced difficulties including jellyfish stings, pollution, objects in the water, ships, and inclement weather. Starting five miles into her swim, she took off her bikini top and went topless to avoid chafing. Although official records aren’t kept for Hong Kong swims, this swim established an unofficial record for either gender that stood for over 40 years. McGill’s record was beaten on November 11th 2017 by Simon Holliday who swam the distance in 12 hours 32 minutes.

Linda is Australian representative swimmer no. 137 for her selection for the Empire Games (later called the Commonwealth Games) in 1962. Linda was also selected for the 1964 Olympic team alongside of Dawn Fraser.

Linda authored a book called Surviving the Sea of Life about The Triumphs and Tragedies of an Australian Olympian.

His marathon swims are listed here.”