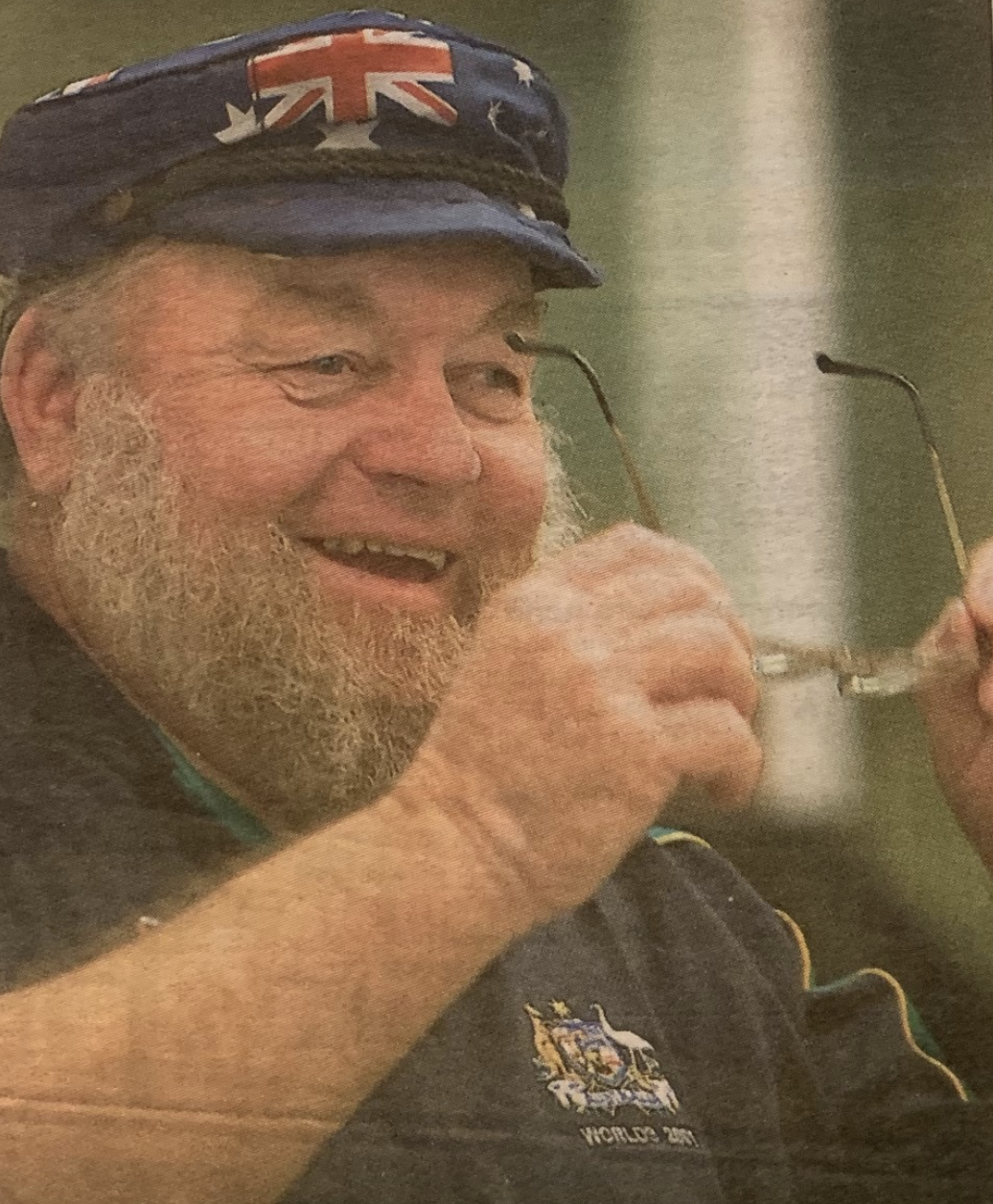 Chris Guesdon and Gary Toner announced Roger Bruce as a member of the inaugural Class of 2020 in the Australian Marathon Swimming Hall of Fame.

They explained, “Coach Roger Bruce is Australian Swim Team coach number number 51 for his selection on the 2001 FINA World Championships team to Fukuoka, but has represented Australia as a handler for Australian national open water teams since 1992. Roger was also an Olympic Team Coach for Australia at the 2004 Athens Olympics.

Roger always been involved in open water swimming, as a swimmer himself and later as a coach. His career started from a young age as he grew up in Port Melbourne and then moved out and join Bon Beach Life Saving Club, alongside Apollo Bay Surf Life Saving Club. Roger swam many open water swims in Victoria including the Yarra Mile and Mordialloc Mile.

When Roger moved to Geraldton, Western Australia in early 1970’s, his squad in the winter month would take to open water training at the back beach because the pool was closed. Roger started many local open water events and his swimmers were always formidable when they travelled to Perth to race any open water competition, mostly winning these events.

Beginning in 1986, Roger commenced coaching at Somerset St Swimming Pool in Victoria Park, Perth. The squad would always swim every open water event during the season, mostly winning these events.

Roger coached a group of swimmers who would take on the 1990 pre-world 25 km championships on the Swan River. The five swimmers would swim a marathon for their first time including his own daughter Yvette. This event that saw boats sink and conditions unprecedented for the swan river however one of his young swimmers came third behind some Australia’s best and more experienced marathon swimmers.

In 1991, Roger handled for his youngest daughter Tamara who was invited to swim her first marathon at 14 years, which was the International Sydney Harbour 30 km event. This event would see some of the very best marathon swimmers from the world competing.

Roger’s first open water position was Australian team coach in 1992 to a training camp and a 16 km event with the USA team, held in Colorado Springs at the USA Olympic Training Center.

Roger was appointed coach/handler for 1995 Australian Pan Pacific Swimming team in Atlanta, Georgia where the team took out the team gold medal.

Roger has coached hundreds of successful Rottnest Channel swimmers, some swimmers who have competed to win and some just to finish the event. Roger over the decades of coaching has coached many Australian age group and open, open water medalists. Roger is still coaching at Somerset St Swimming Pool (now Aqualife). He is still coaching marathon swimmers, national open water championship swimmers, and Somerset Masters swimmers.”