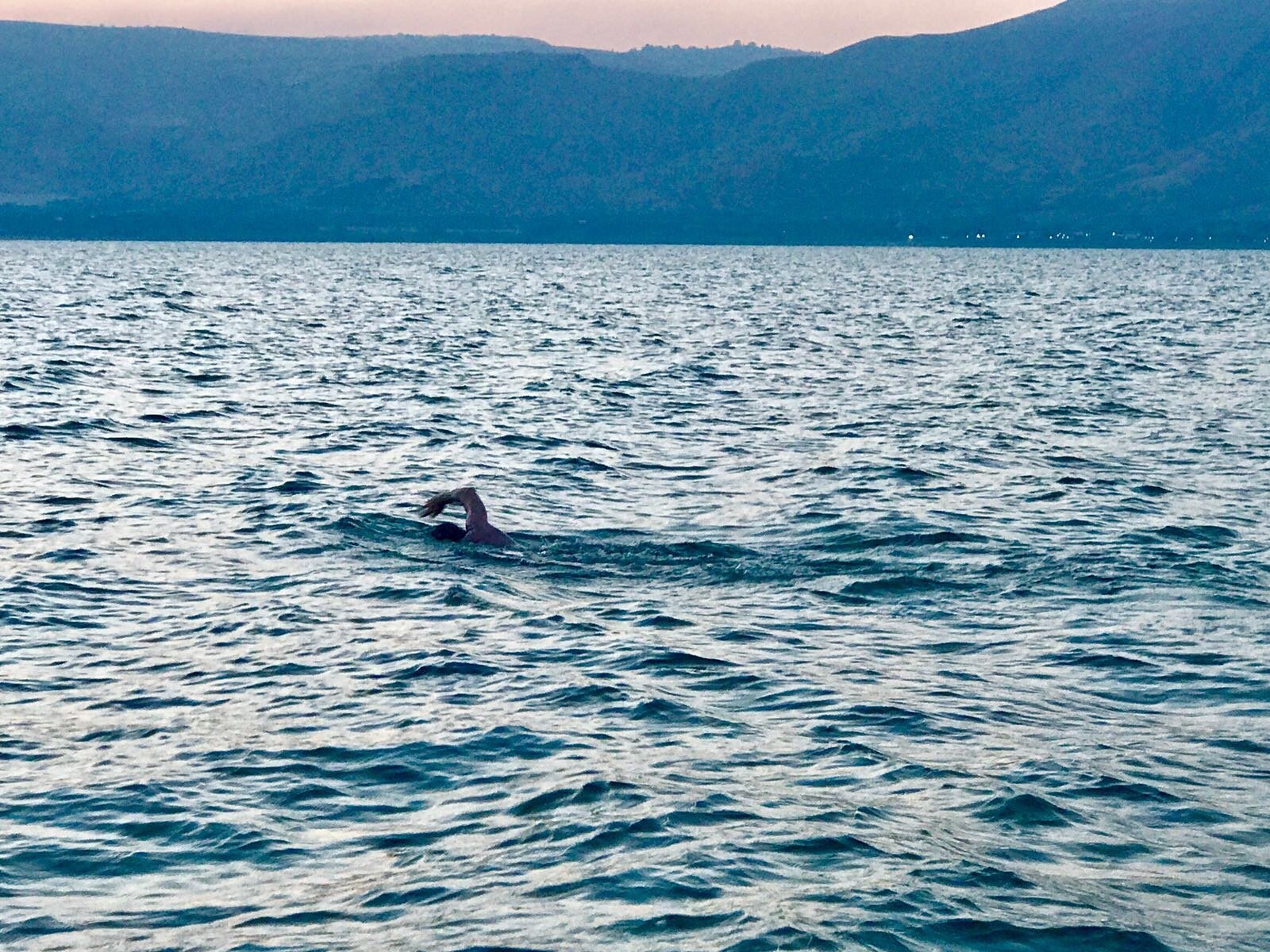 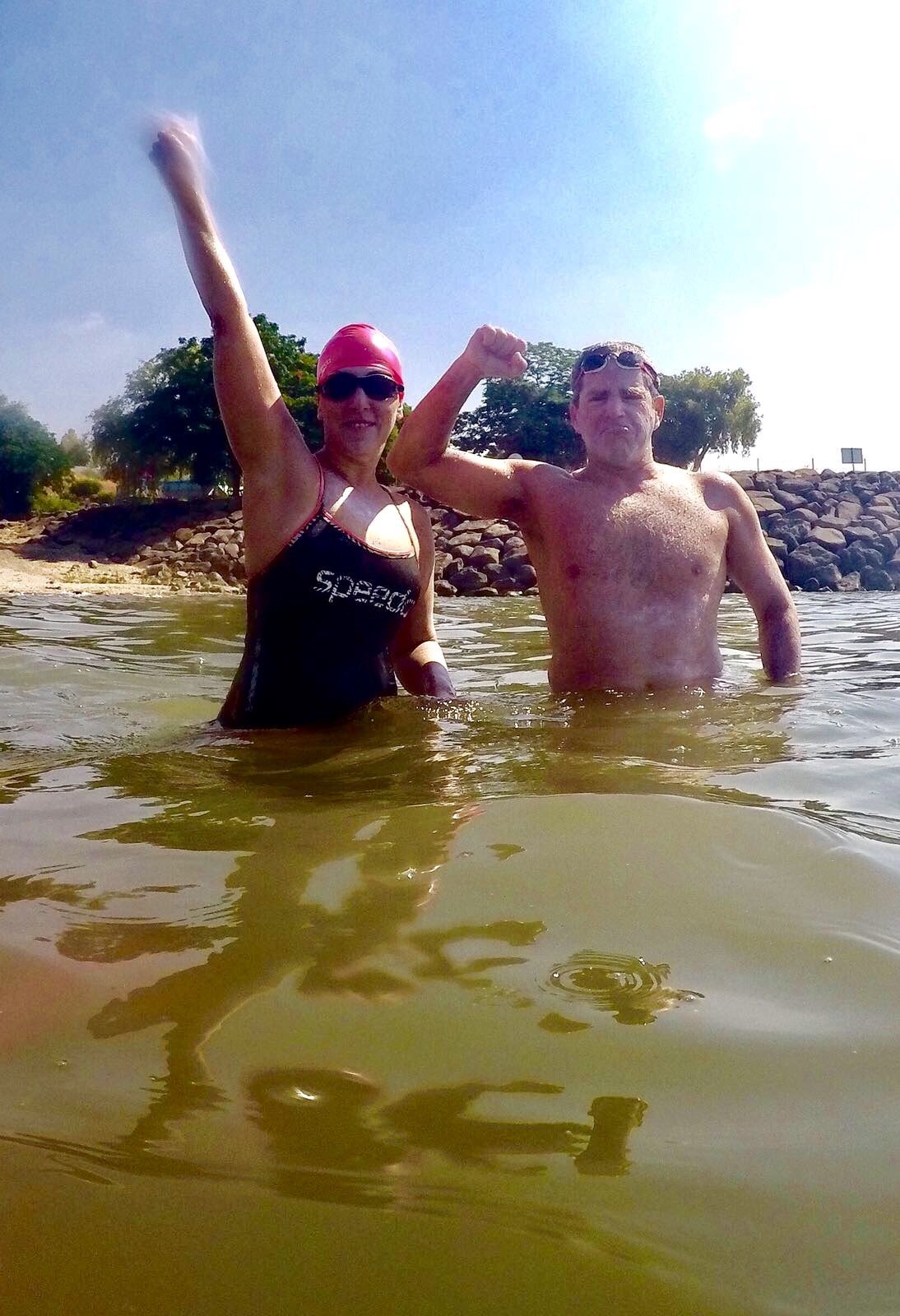 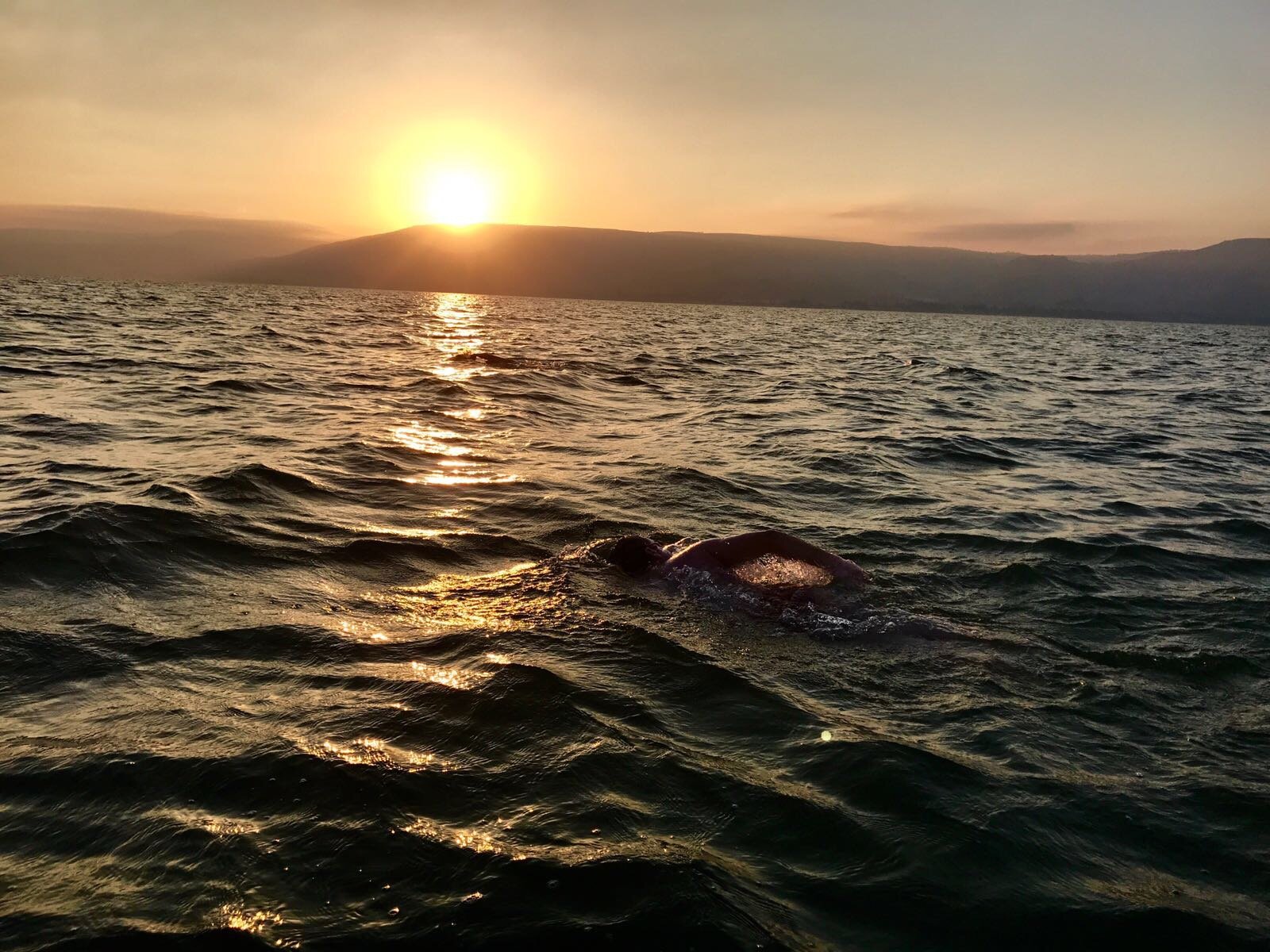 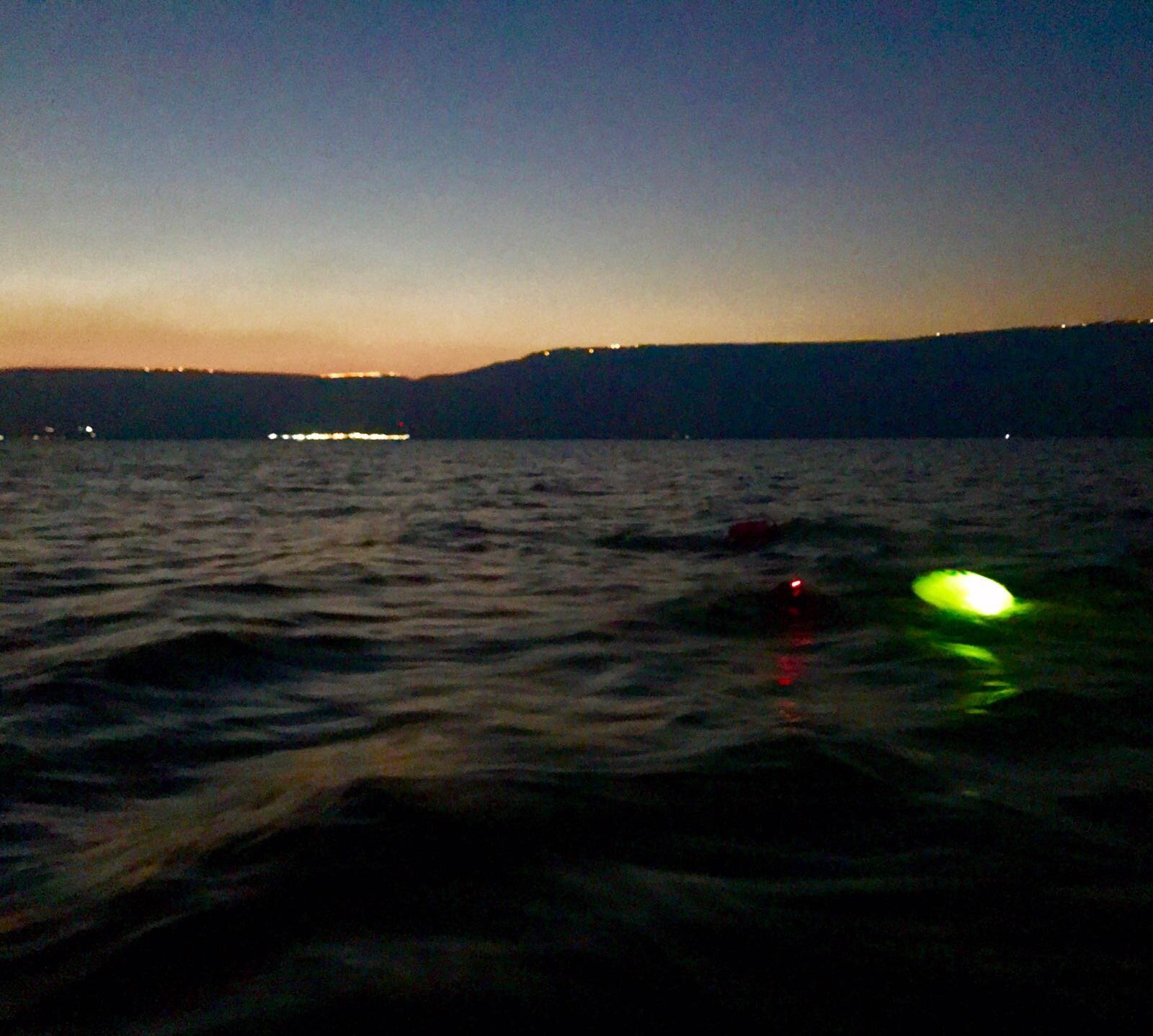 Avishag Turek and Guy Cohen successfully completed a 21.5 km tandem crossing of the Sea of Galilee (Kinneret) on June 29th.

Ori Sela explains, “The Sea of Galilee, also known the Kinneret, Lake of Gennesaret, or Lake Tiberias is a freshwater lake in Israel at levels between 209 and 215 meters below sea level. It is the lowest freshwater lake on Earth whose main water source is the Jordan River which flows through it from north to south.”

Marathon swimmers participate in the Kinneret crossings and swim either width crossings (i.e., 10 km from east to west between Kibutz Ein-Gev to the city of Tiberias) or the full-length crossing (i.e., 21.5 km from north to south)
.”

Turek and Cohen are accomplished Israeli open water swimmers who are in their final preparations for their summer swimming challenges. “Avishag will attempt the English Channel in August and Guy will take part in the 20 Bridges Swim around Manhattan Island in July,” reported coach Sela. “On June 29th, they took on the south-to-north Kinneret Crossing swim as part of their training program.”

The weather is crucial in preparing for such a crossing, especially the air and water temperatures, as well as wind predictions for the lake. Summer temperatures are extremely hot around the lake because of the low topography. Air temperature could reach up to 40-45°C (104-113°C) by mid-summer. There is a daily strong westerly wind picking up at noon time which turns the sea around and swimming conditions become hazardous. We therefore must plan on starting the crossing at night, allowing swimmers to finish well before noon, which is still in the cooler hours of the morning. The strategy for this swim was to go out strong
.”

“Our splash time was 3:17 am from the southern tip of the lake,” said Turek. “We followed all regulations for an unassisted swim. During the first couple hours of the swim, the water was calm. We were swimming side-by-side at a steady pace with an hourly hydration and feeding stop every time. Food and water was handed to us from the escort boat. The sunrise appeared with its entire splendor over the Golan Heights on our right-hand side. It was simply spectacular.”

Cohen explained further, “By mid-way, the wind picked up from the south, raising the waves and pushing us forward. It gave us a real push forward. But with the sun getting stronger and the increasing heat, we were forced to shorten the time between breaks, down to 40 minutes, allowing us to hydrate sufficiently and to keep at a consistent steady pace.”

Avishag continued, “This is my sixth Kinneret length crossing and my fastest so far. We have planned on a 7-hour crossing. But we managed to reach the northern shoreline of the lake after just 6 hours 15 minutes. The lake was good to us. It was an excellent training day. We are both ready for the upcoming great challenges which lie ahead for each of us.”