Avram Iancu Dealing With The Danube


Courtesy of Canah along the Danube River, Germany. 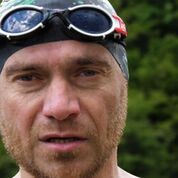 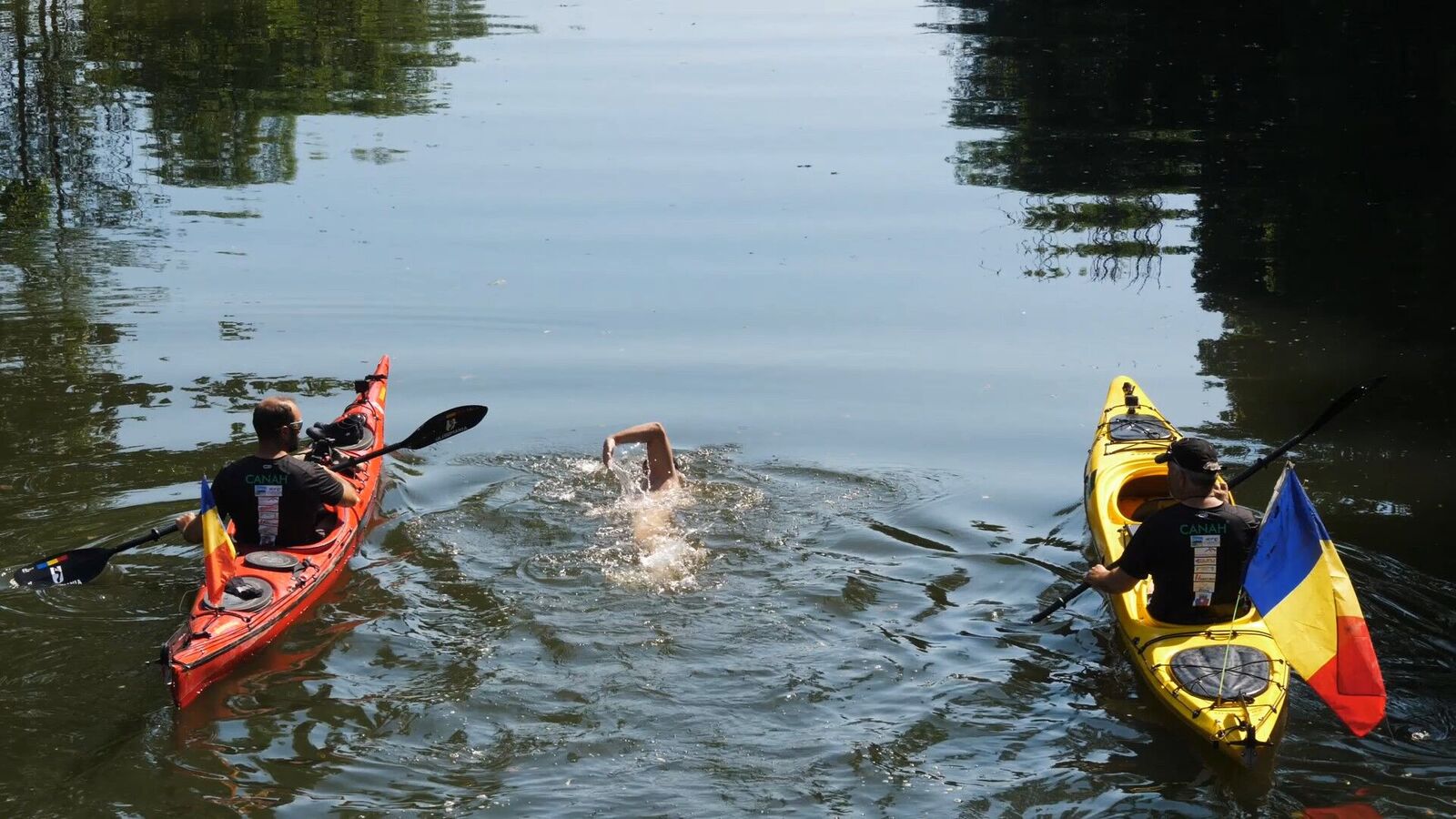 Iancu possesses a depth of commitment and passion for open water swimming as he continues his 60-day stage swim of 2,860 km in the Danube River.

The 41-year-old librarian from Petrosani, Transylvania started his stage swim from Donaueschingen in the Black Forest in Germany.

While his plans called for swimming an average of ten hours a day with the goal to cover 50 km on each stage as he swims through dams, whirlpools, eddies and unpredictable weather accompanied by two kayakers, he has had to face the realities of a dynamic river where his carefully laid-out logistical plans had to remain fluid and flexible.

Day 1 on June 20th
Despite a later-than-anticipated start at 11:30 am, Iancu swam for 9 hours while his planned progress was impeded by shallow water, rocks and seaweed along the Danube River.

Day 2 on June 21st
Iancu arrived at the Danube Sinkhole, a well-known location between Immendingen and Mohringen, where the Danube River literally sinks into the riverbed in various places. “Unexpectedly, I had to occasionally run along the riverbed for a while until we found places where the Danube has sufficient water levels.”

Day 4 on June 23rd
Iancu frankly shared how mentally and physically challenging the expedition and stage swim is, not only for himself, but also for his teammates and escort crew. “I encouraged everyone to push forward.”

Day 5 on June 24th
Iancu and his support team arrived in Sigmaringen, a town in southern Germany in the state of Baden-Württemberg. He again reached a place in the Danube where the water levels were too shallow to swim in. This is also the only stretch of the Danube where swimming is prohibited. “I continued the journey by running the next 22 km in the riverbed.”

Day 6 on June 25th
Iancu spent the day running through too-shallow-to-swim water for another 24 km. Unfortunately, the weather did not help as it was overcast, cold and windy. Iancu soon experienced hypothermia with involuntary body convulsions. He decided to stop and quickly restore his body’s normal temperature. The nearby rail tracks doubled as a heat bank for him where he soon started to feel better. “With no water on the river, this was the most difficult day so far.”

Day 7 on June 26th
Reaching the 2600 km milestone, was a jubilant moment for Iancu and his team. He has covered 260 km in a combination of swimming and running when the water levels were too shallow or non-existent. “I am excited that the number of kilometres left is decreasing.” He swam 30 km for more than 11 hours today, exceeding the distance from the previous days. “Sighting the 2600 km milestone was a real boost.”

Day 8 on June 27th
Today was a special day as Iancu reached the German city of Ulm. Peter Lager, the General Coordinator of the Council of Danube Cities and Regions, gave Iancu and his support team an incredible welcome with a big European Union flag as he expressed his congratulations and treated them to a delicious meal. “Despite the cold water, I am pushing forward buoyed by the warm welcome we received in Ulm.”

Day 9 on June 28th
Iancu and his team reached the Ulm Dam today. “The dams are a big challenge as we have to find our way out of the water and, even more difficult, we have to locate a spot on the land that allows us to get back in the water. This is very time-consuming and even more difficult for the team as they have the kayaks to carry.”