Avram Iancu, Highs And Lows Of Swimming The Danube 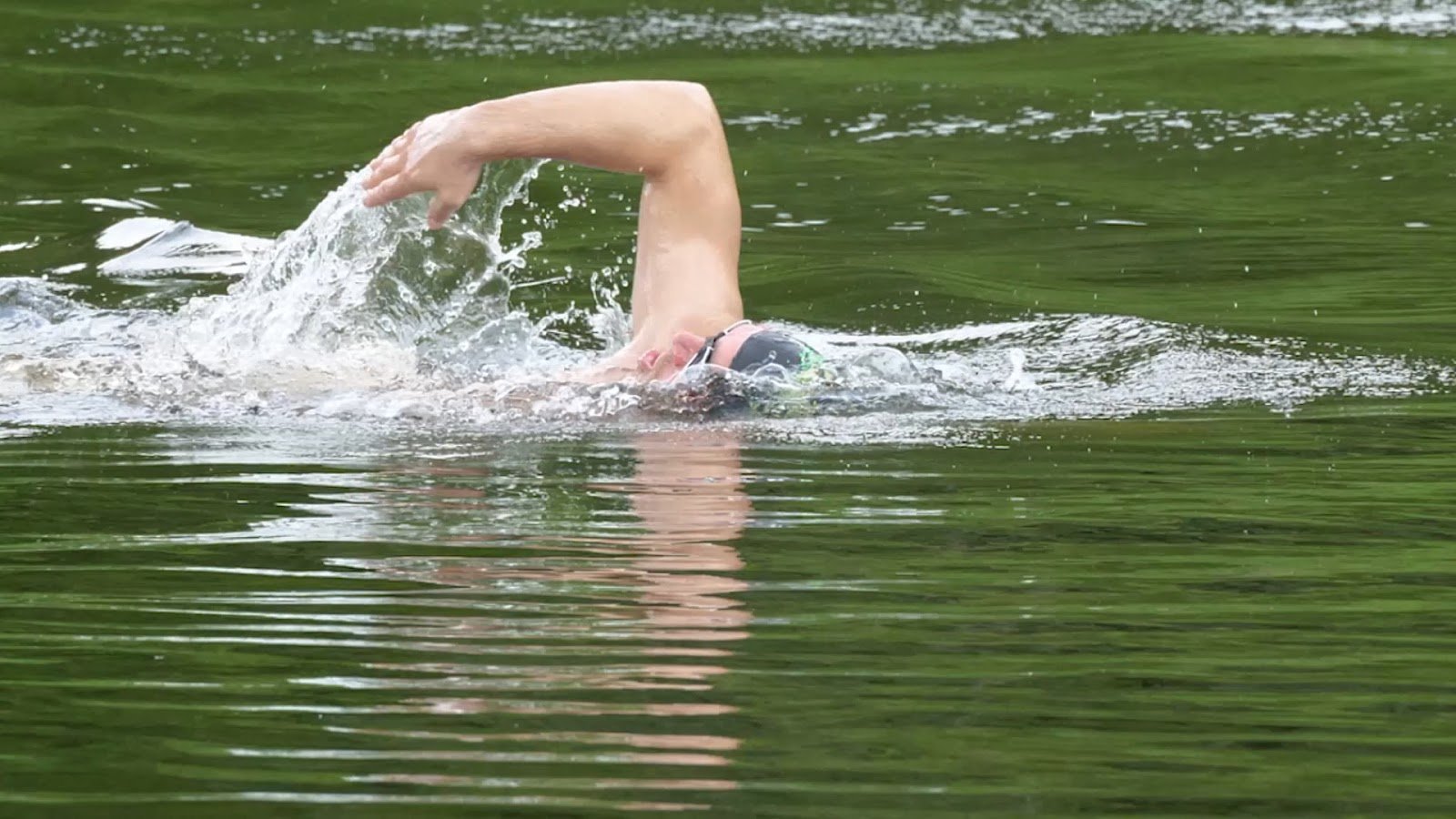 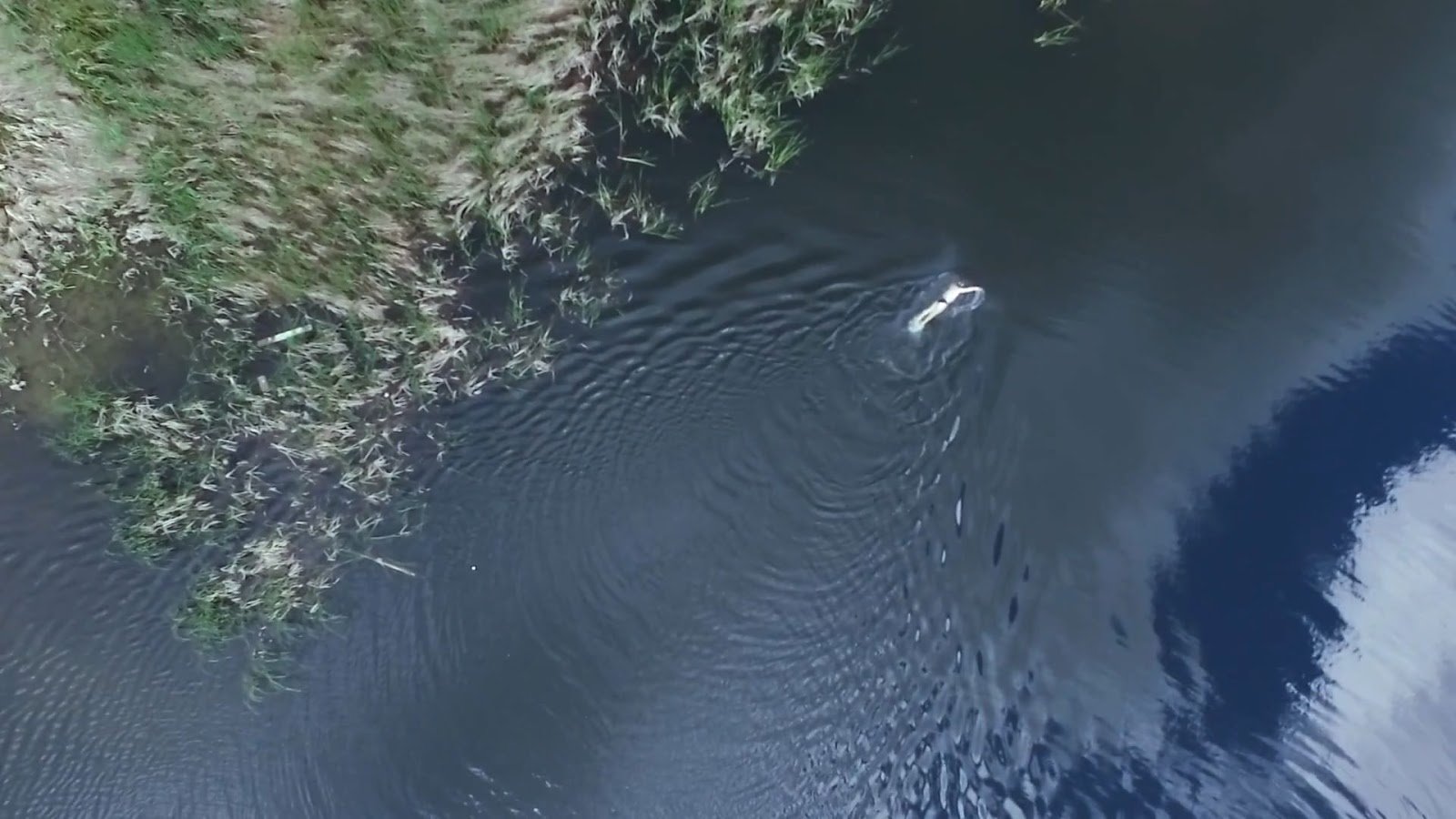 Romanian Avram Iancu continued to forge ahead on his scheduled 60-day stage swim of 2,860 km down the Danube River through Europe.

The 41-year-old librarian from Petrosani, Transylvania started his stage swim from Donaueschingen in the Black Forest in Germany.

While his plans called for swimming an average of ten hours a day with the goal to cover 50 km on each stage as he swims through dams, whirlpools, eddies and unpredictable weather accompanied by two kayakers, he has had to face the realities of a dynamic river where his carefully laid-out logistical plans had to remain fluid and flexible.

A report on his stage swims between Days 1-9 is posted here.

Day 10 on June 29th
Iancu swam for around 32 km, starting at 9 am and ending at 8:30 pm. It was a rainy, windy day with a 19°C outside temperature and a chilling 16°C water temperature. The water level varied from 30 cm to 2 meters, resulting in him getting a few injuries from the rocks and boulders in the shallow water. He is feeling the effects of swimming for 9 days, resulting in very sore muscles. “Today’s portion of the Danube River had numerous dams, locks and hydroelectric power plant which stopped the river from flowing, changing it into a still lake.”

Day 11 on June 30th
Iancu passed the 2,500 km milestone, lifting his spirits and motivating him to swim 42 km, the longest distance of the first 11 days since the start of the Danube quest. “I noticed that I have started to lose weight because my wedding ring became looser on my finger.”

Day 12 on July 1st
Due to extreme soreness, Iancu took it easier. The seemingly monotonous riverbank also contributed to a general flat feeling for the first part of the day. This perspective evaporated after Iancu reached Ingolstadt in Bavaria (Germany), where people gathered on bridges to cheer him on and offer their congratulations. Ingolstadt, is also the starting place of the Tour International Danubien, the longest trip for canoes and rowboats; the annual event which first took place in 1956. The event starts on the second last weekend of June and with the final destination being the Black Sea in Romania in the first week of September. “Although the Tour International Danubien participants are now 240 km ahead of Iancu, but due to their clearly defined stages and days off, I am positive I can catch up with them before reaching Romania.”

The day ended on a difficult note though – Iancu had to swim the last 3 kilometres in a lake on the Danube. The lack of any flow, together with strong winds blowing against him, made it the most difficult and exhausting day so far. “I almost did not feel any pleasure in swimming today.”

Day 13 on July 2nd
Iancu and the team set a personal record by ending the day after 43 kilometres of swimming. They started at 9 am, but the rainy weather and lack of sun forced Iancu to get out of the water and take a 20-minute break after the first 10 km and 2 hours of swimming. After he warmed up, he jumped back in the water and pushed forward through the cold water. Soon he passed by the Weltenburg Abbey, a Benedictine monastery in Weltenburg near Kelheim on the Danube in Bavaria, Germany. It is the oldest monastic brewery in the world which brewed its first beer in 1050.

“I swam past my first big cruise ship and was pleasantly surprised to see the hundreds of guests on board on the dock, waving at me.”

His spirits were lifted even more once he arrived at Kelheim. From here, the Danube becomes navigational, wide and deep. “I expect the swimming to become easier. I also adjusted our strategy to take account of all the buoys on the water. This has been the nicest and most exciting day so far.“, as he ended the day with another 3 km of swimming in a lake-like pool of water on the Danube.