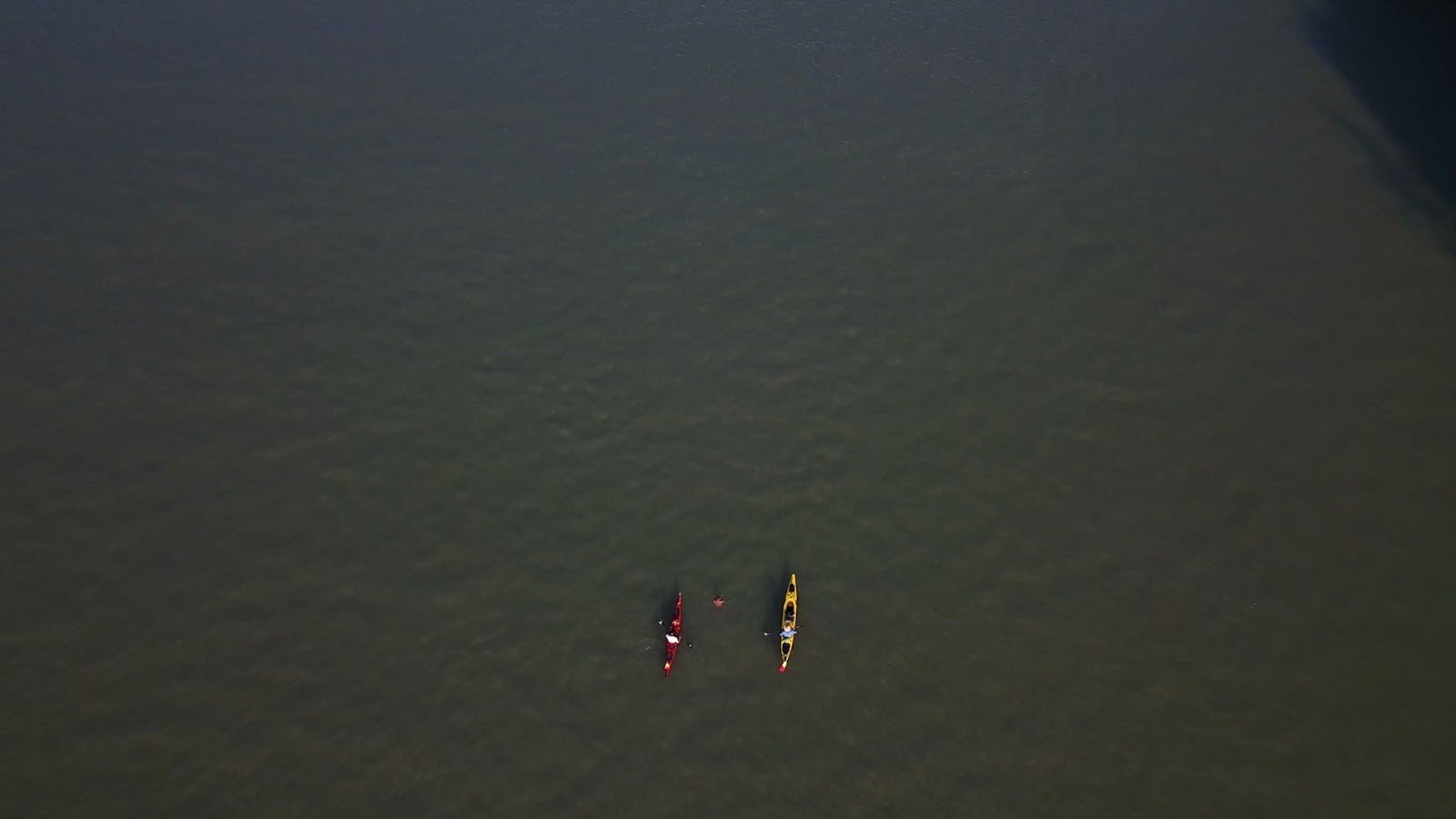 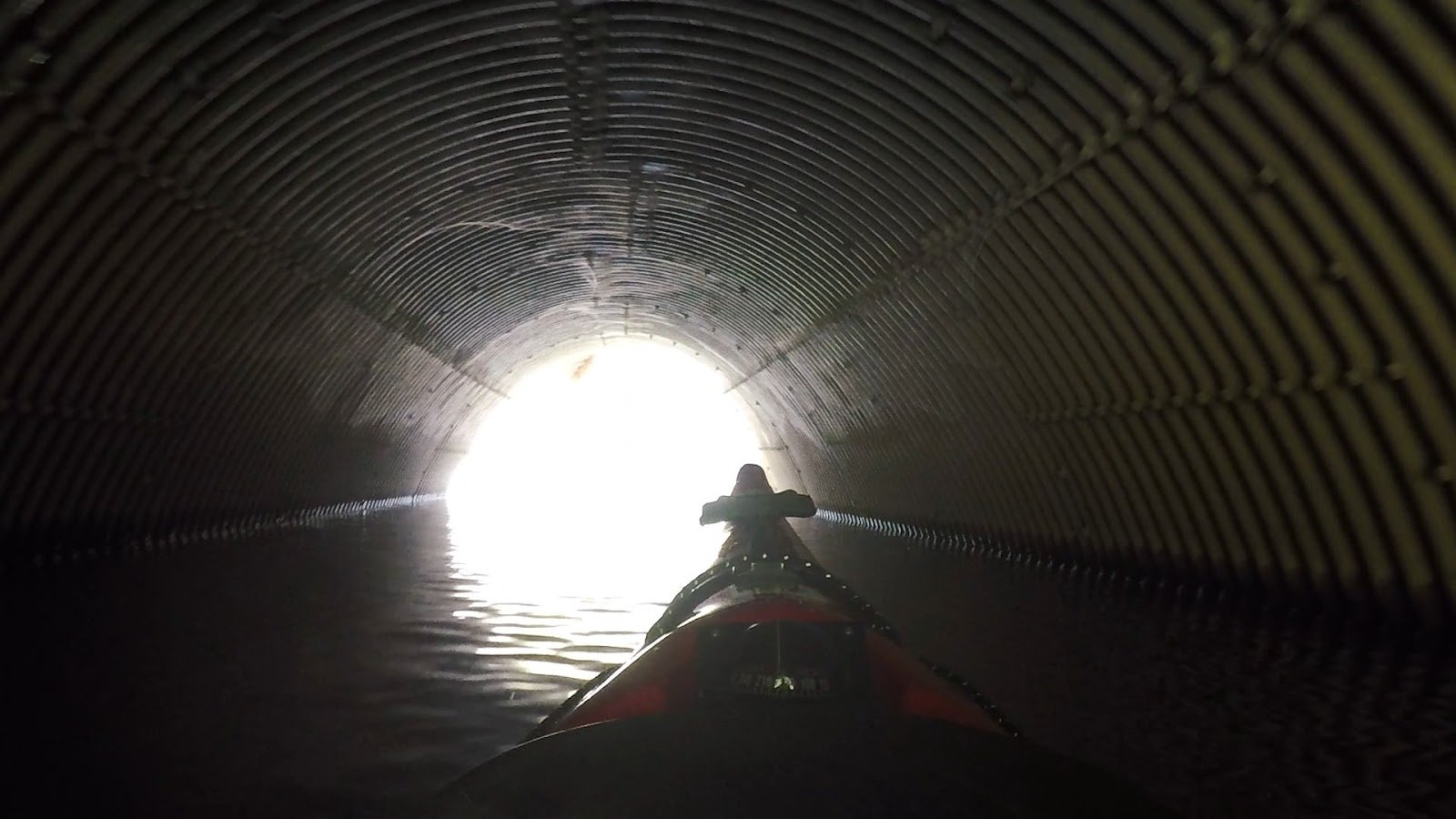 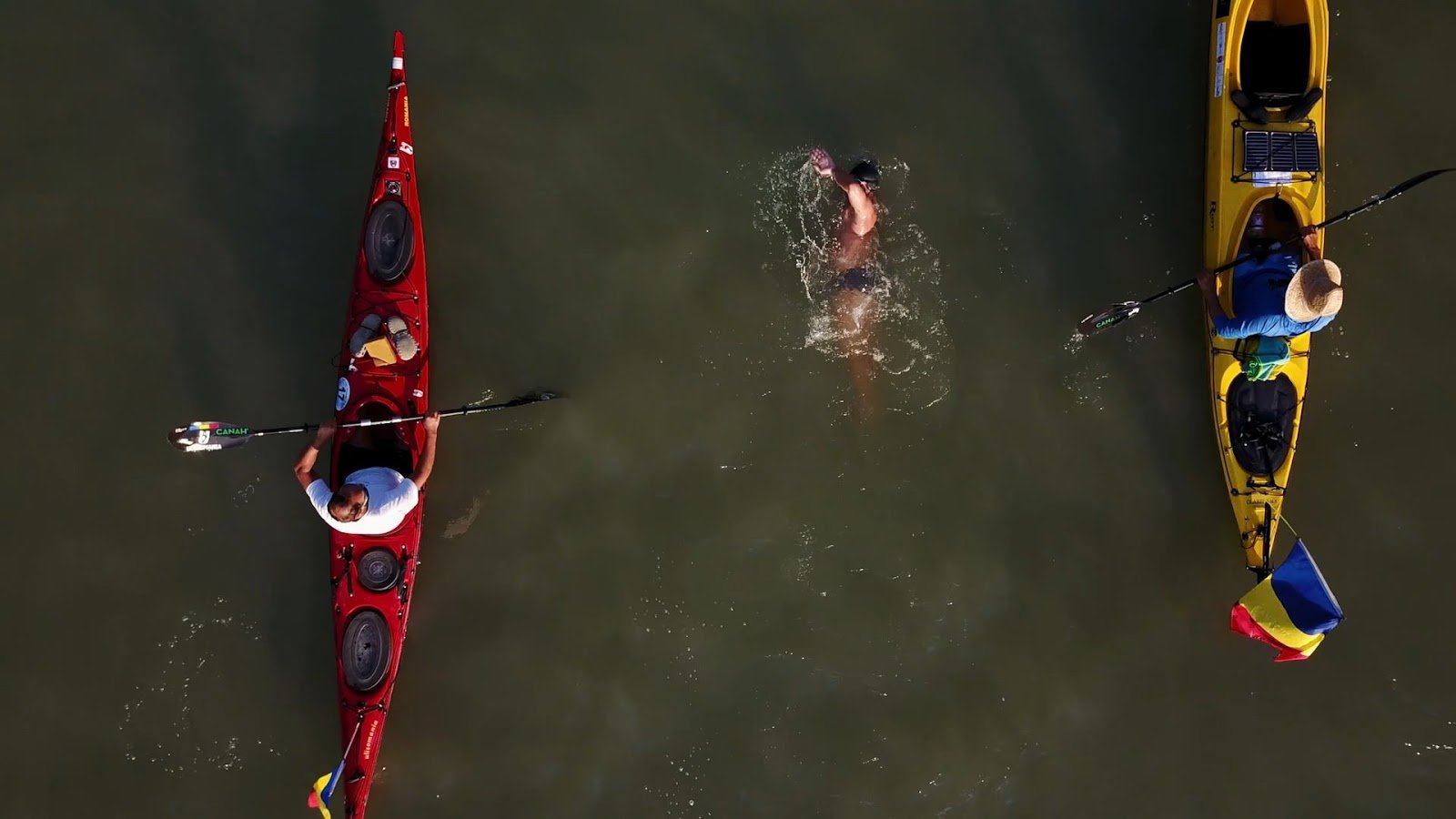 Romanian Avram Iancu continues on his scheduled 60-day stage swim of 2,860 km along the Danube River through Europe.

The 41-year-old librarian from Petrosani, Transylvania started his stage swim from Donaueschingen in the Black Forest in Germany. He is now heading into Day 36 as each day is a dynamically different replication of the day before.

Today was a most satisfying day as Iancu’s plans are coming to fruition. He reached Bratislava, the capital of Slovakia, in only one day from Vienna, completing a 52 km stage swim. This is the longest distance he has covered in a day to date. While the currents between the two European capital cities have been extremely strong, the traffic on the water made things slightly more difficult. “Often times I had to swim very fast and find refuge to avoid boats and ships running over me. But I finally left two countries behind me, I am in the third European country and second capital city – leaving behind an important stage of this journey. I passed the 1900 km milestone and, implicitly the 1918 km one – an important number for my home country – the year in which the Romanian dream to leave freely in a united country finally came true. I feel extremely happy.

After passing 62 dams in Germany and Austria, he is satisfied with his endurance and resilience despite facing the extreme conditions he has faced over the last 33 days of continuous effort. But Iancu has no intention of stopping; he is determined to push on until he reaches the Black Sea. The water is slowly getting warmer, but it is still not fully comfortable. His plans are to swim around 40 km daily until the end.

Today Iancu and his team made a slight mistake in finding the correct course of the Danube River, costing them a lot of effort and time. “I hope that anyone else planning to do this journey will not make the same mistake. After passing Bratislava, there is a huge lake – so when you look at the map you don’t realize that is not the real Danube flowing through. After the first curve of this lake, there is a small dam which in fact continues into the Danube. But we missed this and went along the hardest possible track – a large waterway with a lot of wind and huge waves. The boys in the kayaks had another look at the GPS and realised the little rivers on the side of this lake were actually the Danube.”

But by the time they realised this, Iancu has already swam 23 km and was so exhausted they had to stop. Tomorrow, they will continue on the correct course of the Danube, hoping not to repeat the mistake. Despite today’s hiccup, he is feeling a lot better each day and is happy that he managed to find the energy for all the effort required of him today.

Iancu swam 33 km today and passed the last dam in Slovakia, meaning that until he reaches Romania he does not have to worry anymore about this sort of obstacles. But there was another unforeseen challenge – not only for the swimmer, but also for the escort kayakers and the cameraman. They crossed a part of the Danube where it was impossible to reach the river by car – with a lot of vegetation on both sides. This also meant that no break could be made because Iancu could not get out of the river. Plus, it has been raining all day. However, once Iancu spotted the 1824 km milestone, he decided to get out of the water in order to take a picture with this sign. 1824 was the year another Avram Iancu was born: the Romanian hero and Transylvanian lawyer who played an important role in the local chapter of the Austrian Empire Revolutions of 1848–1849. “Because of the heavy rain and the fact that our car could not reach us, I was not able to get dressed in order to warm up a little – so I did squats and jumping jacks to warm up.”

Tomorrow, Iancu plans to start a new stage of his journey and will get in the water at 8 am with plans to swim even more kilometers each day. Until now they were starting to swim at 9-10 am to let the water warm up a bit. With the slightly warmer water temperature, they believe they can start earlier. “The hardest part is over and I am very happy to enter this easier stage. I am very positive. From now on the most difficult challenge is the distance in itself but i am convinced I will manage.”