Avram Iancu Swims In The Still Waters Of The Danube 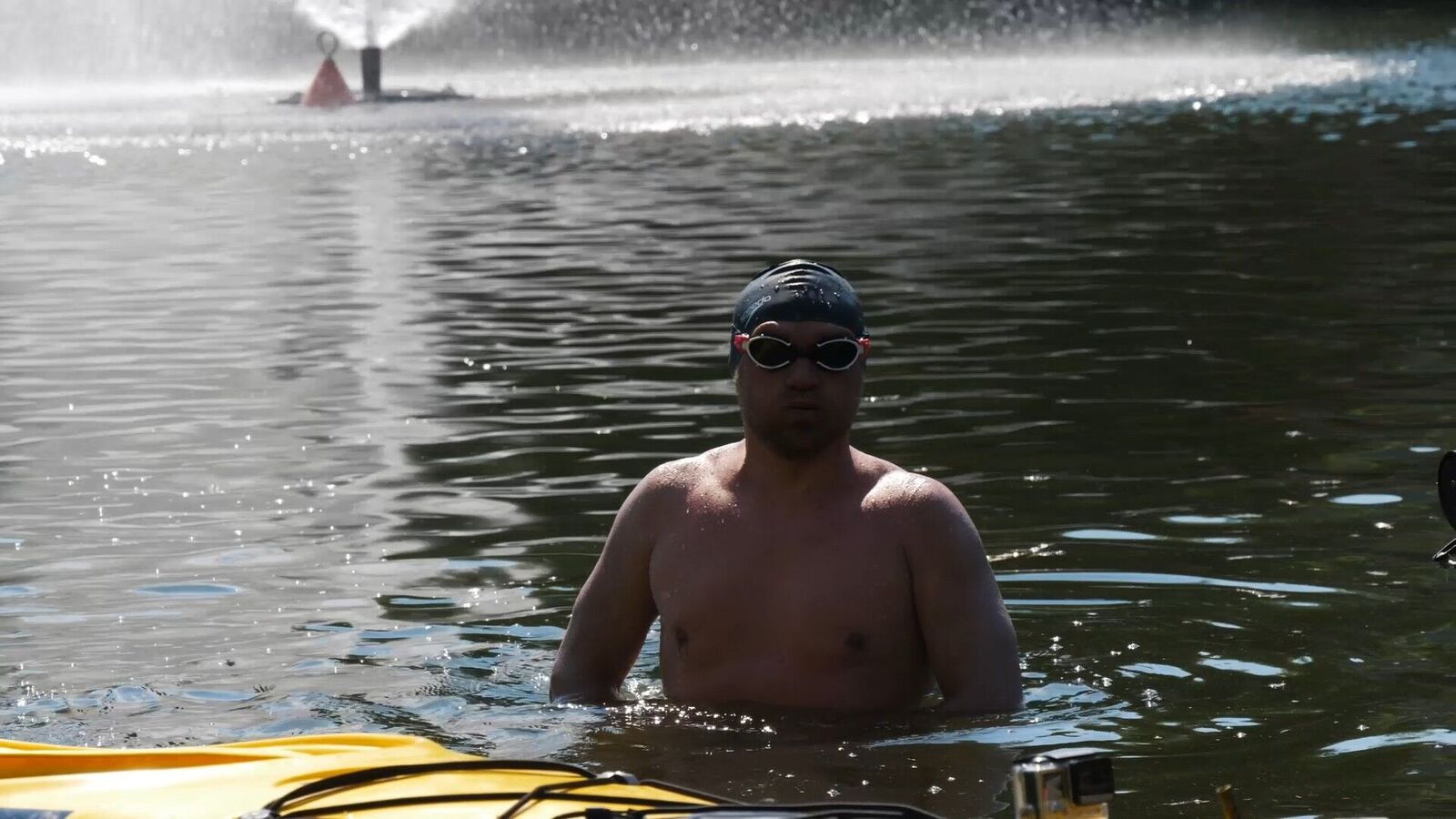 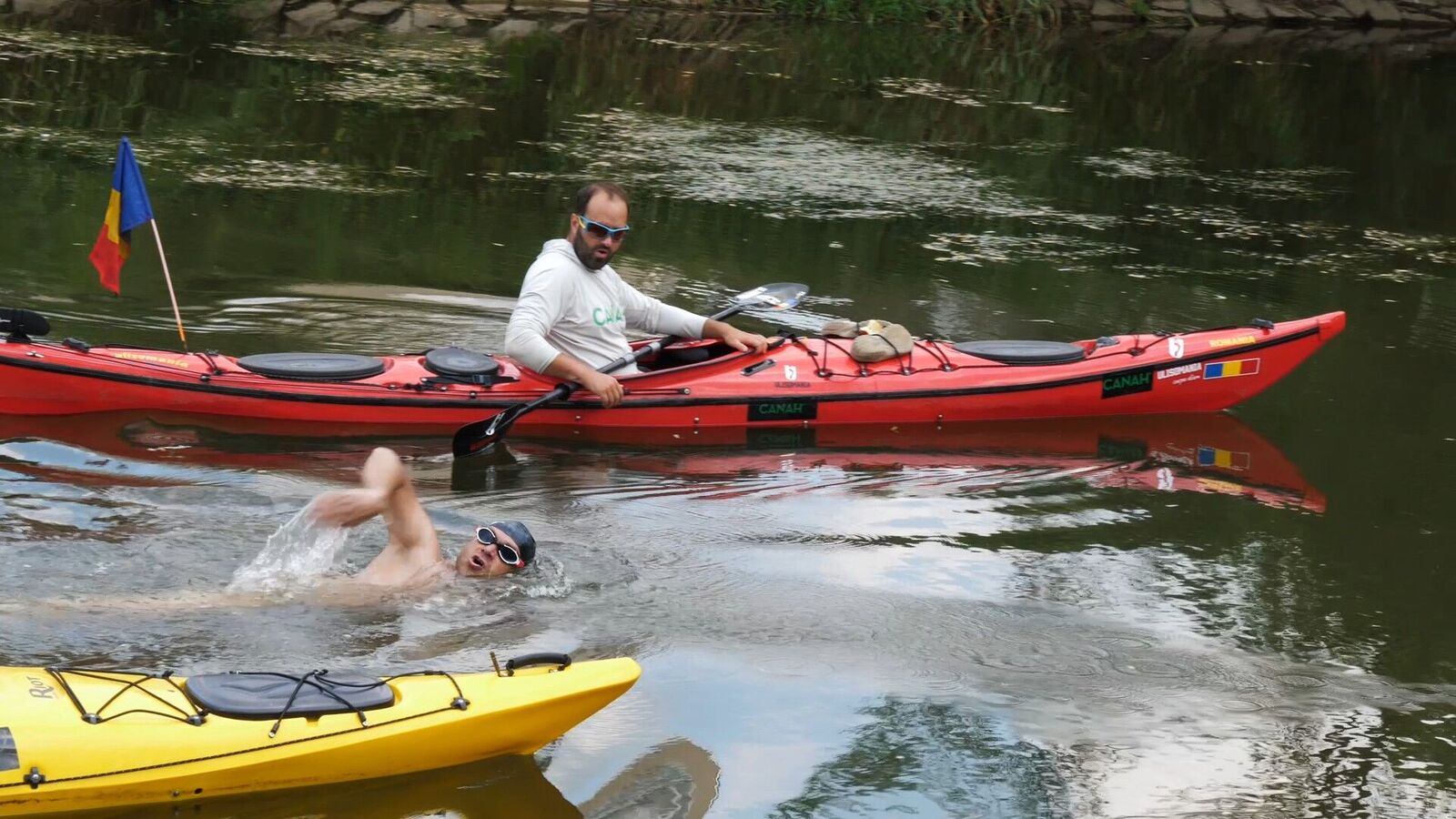 The 41-year-old librarian from Petrosani, Transylvania started his stage swim from Donaueschingen in the Black Forest in Germany. He is now on Day 17.

Day 15 Report of July 4th
After swimming the first 9 km, Iancu reached Regensburg where the locals gathered on the bridges and people aboard many boats cheered him on. Canah founder, Dan Lăzărescu, also arranged for a much needed massage, giving him the energy to push forward. “After jumping back in the water, I was able to swam another 12 km which was easier than ever before.” As he is approaching another dam, Iancu will swim the first 14 km in still waters resembling a lake.

“I feel positive that I will be able to push forward, despite the cold weather, especially in the mornings. Nothing great can be easily achieved.”

Day 16 Report of July 5th
Iancu started early today at 8 am, determined to push forward, especially given it was a sunny day and warmer than normal. Due to the tiredness and the fact that he was swimming through lake-like conditions, Iancu was moving at a speed of between 2.5 – 3.0 km per hour for the first 13 km. “When we finally passed the dam and expected the Danube to flow again, we were in for a surprise – 20 km down there is another dam and the water was still again. We ended the day after almost 12 hours of swimming and 25 km. I am very happy with today’s results. I pushed forward all day despite swimming in a very difficult environment. This is an area with a lot of dams, I am very much looking forward to passing Vienna, after which things will get better.”