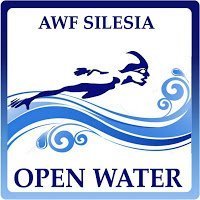 Michal Skrodzki had an idea to hold an open water swim in Poland’s Silesia region near Germany and the Czech Republic.

From this germination, Tomasz Pachalski and Pawel Bucki started the ball rolling and convinced their university, AWF Katowice, to combine a celebration of its 40th anniversary with an open water swim.

As the excitement grew, the WOPR Dabrowa Gornicza lifesaving group and CSiR Dabrowa Gornicza Sport Association lent their support and a new event on June 26th, called the AWF Silesia Open Water Swim is drawing raves by swimmers, triathletes, endurance athletes and anyone interested in fitness or a challenge. The June 26th event will include a 0.5K race, a 1K race and a 3K race as well as a 4 x 200-meter relay.

The first prize for the 3K race is 1000zl (250 Euro) and the prestigious AWF Katowice Vice Chancellor’s Cup. With swimmers from all over Poland and others from around Europe, the event should be a great new event on the European open water swimming calendar.