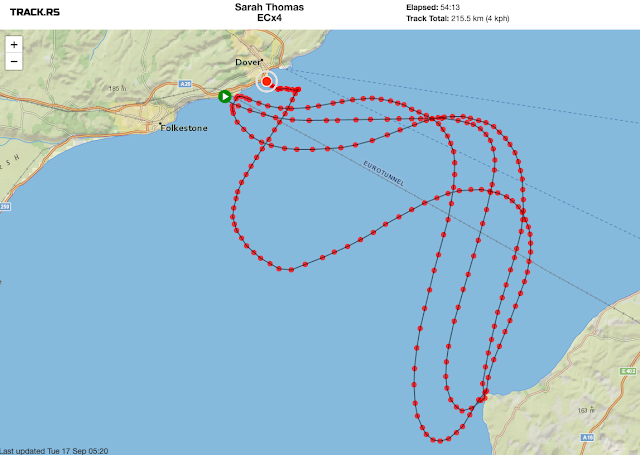 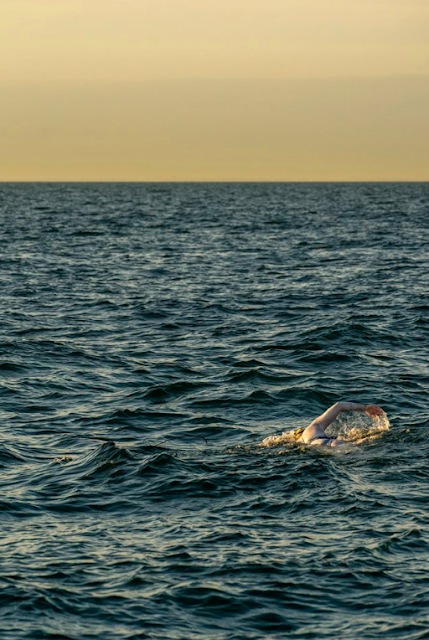 Many will write about the 54 hour 10 minute four-way English Channel crossing by Sarah Thomas, a feat that leave many speechless.

Fortunately, Elaine Howley, one of swimming world’s most talented writers, and photographer/filmmaker Jon Washer, who is producing the documentary film, The Other Side, were on board and carefully documented the unprecedented 134 km swim.

Washer’s film and Howley’s reporting will be recollections to treasure for generations.

Pat Gallant Charette commented on the achievement, “Out of respect for Alison Streeter, the Queen of the English Channel for completing the most crossings in history, I think we should bestow Sarah a new title in honor of her historic crossing 4-way crossing: Sea goddess of the English Channel.”

Her crossings were as follows according to the Channel Swimming & Piloting Federation under the guidance of escort pilot Eddie Spelling on Anastasia:

To support The Other Side, visit the Kickstarter campaign here.

Photo above of Thomas in the Channel by Jon Washer.

Brief interview with Thomas is posted here by the BBC.