Awesome André, Wiersig In The Water 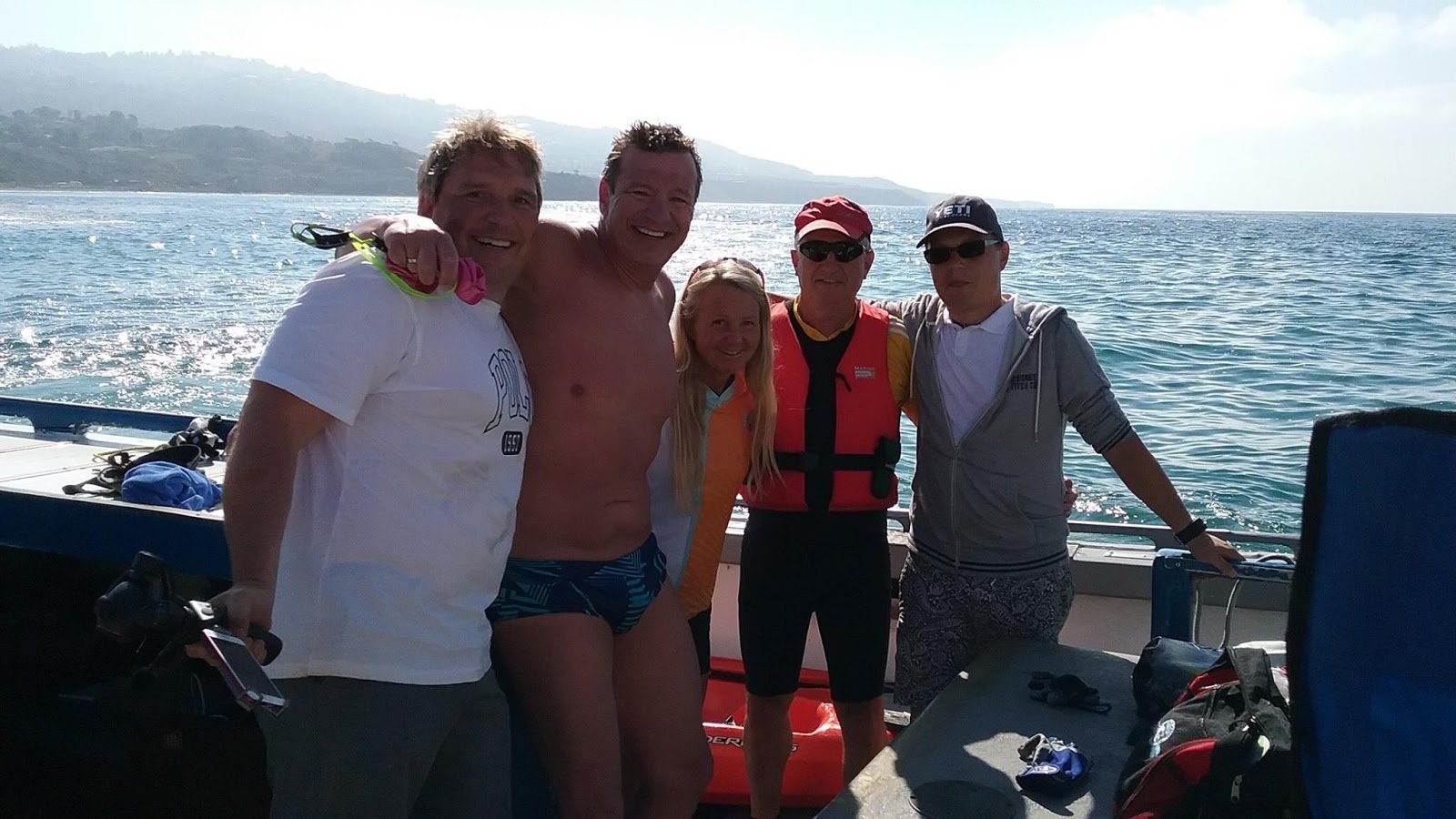 German endurance athlete André Wiersig spent time in Southern California in the 1990’s when he was training with elite triathletes in San Diego on his quest to be a competitive Ironman triathlete.

He returned last week to California on another quest: the Oceans Seven.

Similar to when he was during his Ironman career, Wiersig is succeeding en route to the Oceans Seven. On July 20th, we completed a solo swim across the Catalina Channel 9 hours 48 minutes to add to his crossings of the English Channel (9 hours 43 minutes in 2014), the Molokai Channel (18 hours 26 minutes in 2015), and North Channel from Northern Ireland to Scotland (12 hours 17 minutes in 2016).

“The swim was beautiful. I had seals with me hunting for flying fish, and dolphins. I was so lucky to see the bioluminescence lighting bubbles in the night several times. That was so beautiful I had tears running in my goggles. I felt like Peter Pan, but swimming instead of flying.

I had the best observers I ever met with Bob Cohan and Donald Van Cleve and Barb Schumacher who did so great on the kayak. I felt safe all the way. Also Kevin, the Captain of Buttomscratcher and the crew were lovely people and they all did a great job
.”