Veterans Throw Down The Hammer Across Catalina 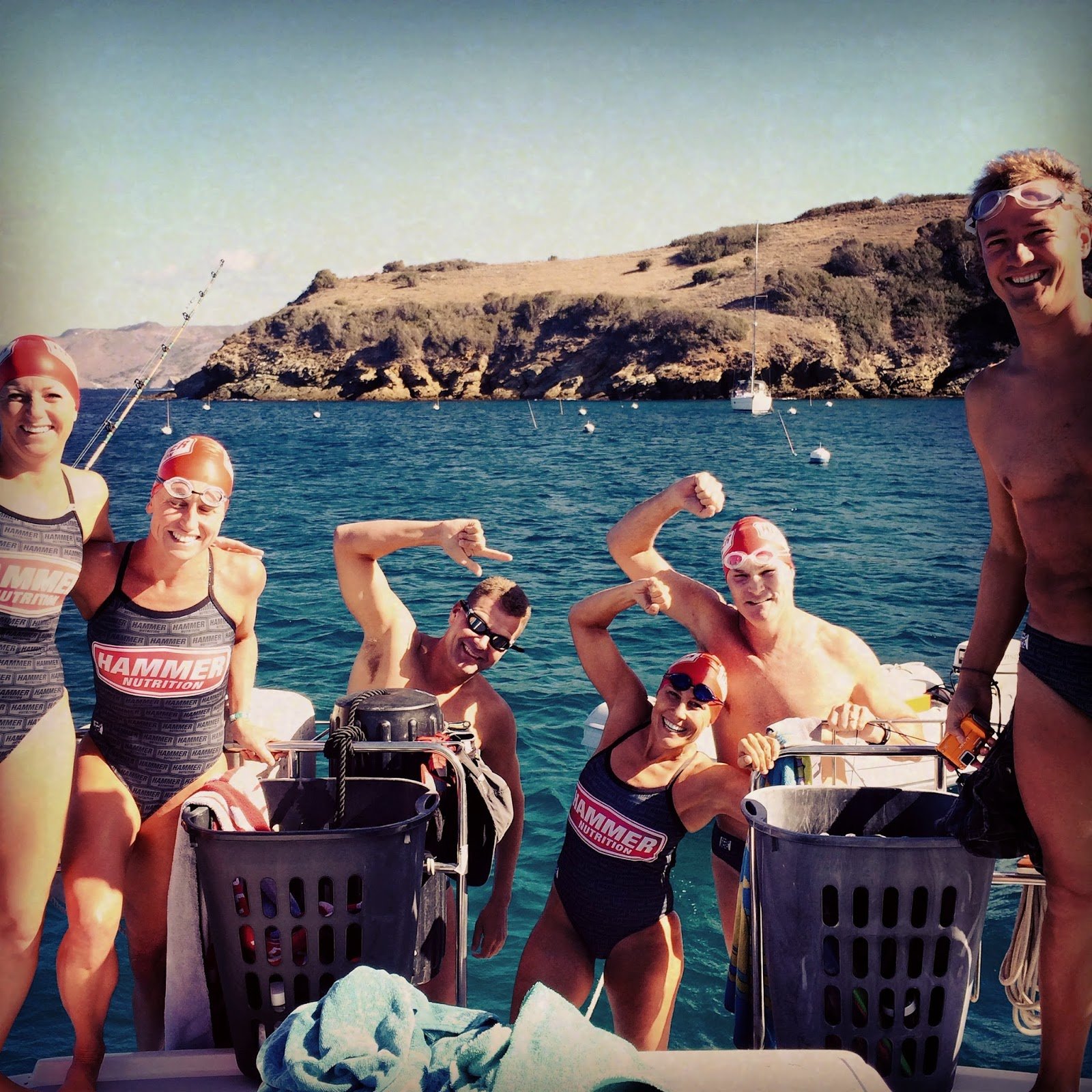 The Southern California-based B2K2JA team set a new mixed gender team record, along with the fastest overall time for a relay team swimming from island to the mainland.

“The fast crossing time exceeded all the team members’ goals and expectations,” described Amy Dantzler, a veteran of both the Catalina and Molokai Channels. “Captain Brent Blackman put the team together just a few days prior to the deadline to swim during this year’s season in an effort to take advantage of unseasonably warm Southern California waters. So none of the team members had much time to prepare for this particular open water swim.

The team credits much of their success to their crew which was comprised of escort boat Captain Jim Inglese, kayakers Barb Schumacher and Will Chung, and Wadley who served as the back-up swimmer, kayaker and first mate.

* Schumacher substituted last minute due to a shoulder injury of Dianne Gleason.