Back In The Day…Swimming In The Dark In 1920 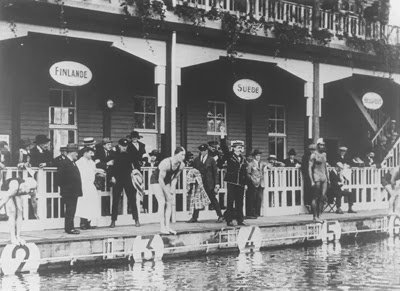 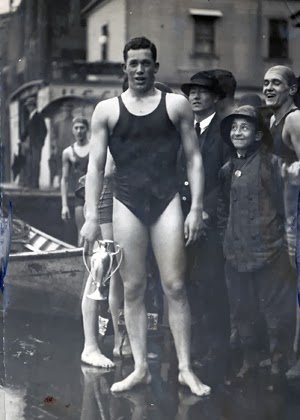 Tennessee native Eugene Thomas Bolden lived to be 92 years old living through World War I and World War II, and the invention of the motor vehicle and airplane to the microwave oven and personal computers.

Bolden was a swimmer through and through. He swam where opportunities arose.

In 1920, Bolden represented the United States at the 1920 Summer Olympics in Antwerp, Belgium where he swum the quarterfinals, semifinals and the final heat in the 1500-meter freestyle, finishing fifth with a time of 24:04 at the Stade Nautique d’Antwerp (see video below).

Later at the 1921 United States 10-mile swimming championships in Philadelphia, he swam faster than the other 39 swimmers from all parts of the U.S., Hawaii and Canada. He won the race by half a mile, swimming the distance in 2 hours 12 minutes, but was disqualified for not wearing a regulation swimsuit. James W. Hall Jr. of New York was announced the winner.

Given his open water swimming experience, Bolden was certainly prepared for the Olympic venue. The Stade Nautique d’Antwerp was first venue devoted to swimming that was built specifically for the Olympics, but the pool did not have lane lines and did not contain heated or chlorinated water. The water was described as cold and very dark that required the swimmers to be warmed up after every event.

But not to complain for Bolden and his Olympic teammates who included such crossover athletes and watermen like Norman Ross, Duke Kahanamoku, and Warren Kealoha.

Kealoha from Hawaii recalls the situation, “It wasn’t easy for Hawaiians to get to the Olympics back in those days or I might have had a chance at my third Olympics in 1928. We had to break a world record before they could afford to send us to the Mainland. Then when we arrived by boat and out of shape, we had to beat all comers on the West coast, again in Chicago, and again in New York before we finally made the Olympic team.”

But they certainly made history when they did.

Upper photo of the Stade Nautique d’Antwerp courtesy of the International Olympic Committee.