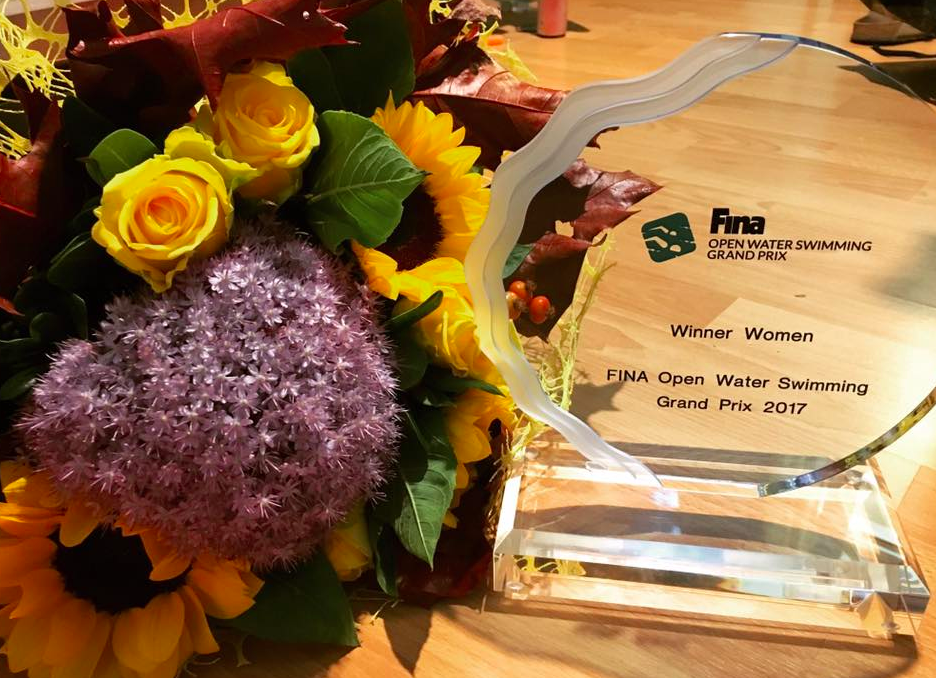 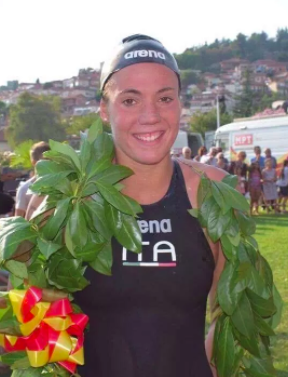 After getting a feeling for international competitions in 2015 and 2016, including an eighth-place finish in the 25 km marathon swim at the 2016 European Open Water Championships, Barbara Pozzobon came into her own during the 2017 season.

Pozzobon wrote on Facebook, “It was a very long season and no doubt challenging where joy and disappointment have traveled in an equal pace, but in every case I tried to do my best. I achieved results that I could not even think about a year ago. I now feel like it is a dream…a dream that has become a reality. I hope and I want it to be just the beginning of a long road. I am very happy about this year and I would like to thank all the people who have been close to me, who have supported and endured and who have worked with me. Despite the my constant whining, I never gave up and continued to believe very often.”

For good measure, she represented Italy at the World University Games where she placed sixth in 10 km marathon swim in Taiwan.

The following athletes participated in the FINA Open Water Swimming Grand Prix, but did not race in enough races to be included in the season-final rankings: