Be Kind To Your Yacker Week 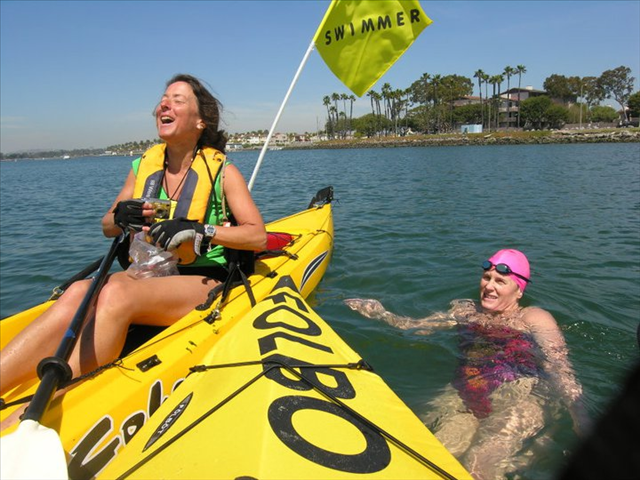 The 6th annual Be Kind To Your Yacker Week, a celebration of escort crews, kayakers, and paddlers, is underway around the world this first week in April.

Initiated in 2009 by Phil White (aka Flipperless Fil) of Derby, Vermont and the co-founder of Northeast Kingdom Open Water Swimming Association and the Kingdom Games, this week is Yacker Week in the open water swimming world.

“Here’s to all those who make these swims and expeditions and outright adventures possible: Kayakers, escort crew, patrol boaters, and volunteers on the beach. Without your enthusiastic support and sacrifice, it just would not be possible. Thanks, mates!” says White.

He explains Be Kind To Your Yacker Week, “It’s a week to honor and thank our yackers for their help and support in the open water. Without them we’d be “lost, feckless souls, locked in the lanes of our short little pools.”

Yacker is an American-English slang word for kayaker, a support person in a kayak paddling alongside an open water swimmer giving reassurances, providing navigational IQ guidance, and carrying hydration and fuel for the swimmer.