Be A Monster Or A Weekend Warrior In Texas 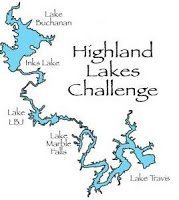 In addition to the Monster Challenge, a 1-mile Mini-Challenge and single-stage entries are also accepted.

Two-time Monster Challenge champion Collis Williams of Austin, Texas is back searching for another victory, but Race Director Dr. Keith Bell is tapered and ready for an interesting five-day battle.