Beam Me Across, Scotty 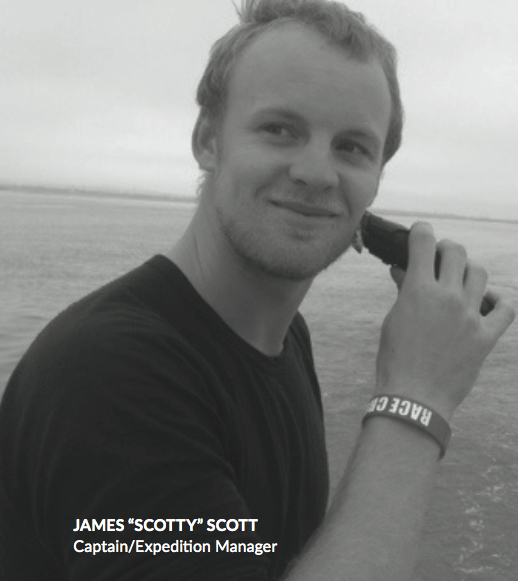 “No one has ever tried to go so far, so slowly [across the Pacific Ocean],” said escort pilot James Scott about Benoît Lecomte‘s transoceanic swim known as The Longest Swim. “There are very few ‘firsts’ left in this world, and this six-month unsupported expedition is a rare chance to be a core part of one of those.”

Young and intrepid, the 27-year-old Scotty is looking forward to another five decades of exploration and adventure. But, he knows a great opportunity when he sees it and he was not about to pass up this chance to escort Lecomte from Tokyo to San Francisco on history’s longest stage swim.

Scotty understand endurance events as he has soloed as a cyclist and driver all around the world from his native London to Mongolia, from Spain to New Zealand as well as served as crew and engineer for the Clipper Round the World 2013/14 sailing race, a 10-month global circumnavigation.

“The Longest Swim provides an incredible sailing challenge, the enjoyment of a complex and intense expedition planning and logistics, the opportunity to be part of something truly significant, and a unique adventure.”