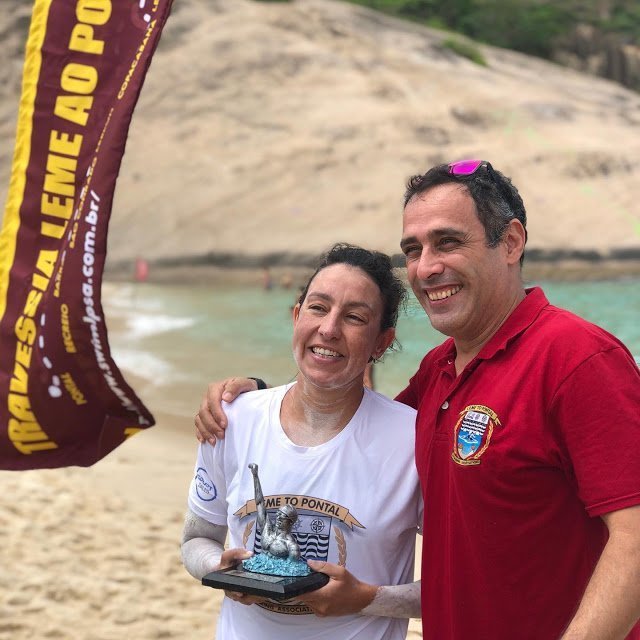 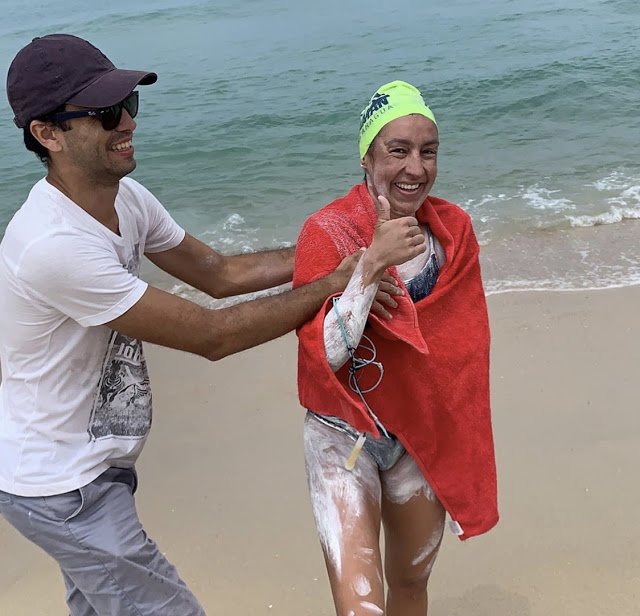 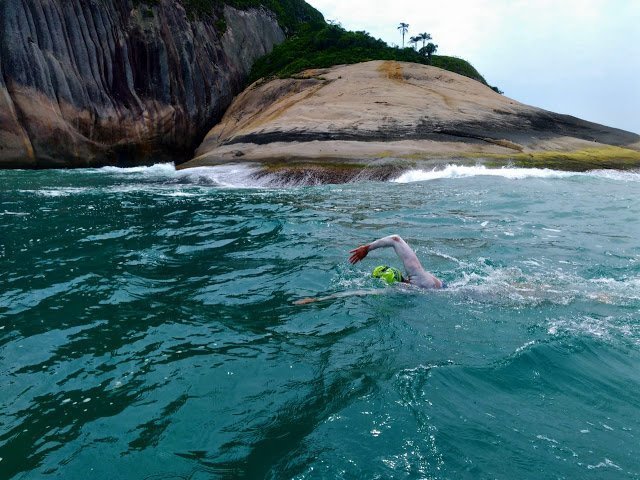 Beatriz Nantes usually write about open water swimmers and events for SWIM Channel Magazine in her native Portuguese, but on October 25th she made news herself.

The 31-year-old) completed the Travessia do Leme ao Pontal in 9 hours 17 minutes, becoming the 26th person to complete the 36 solo swim recognized by the Leme to Pontal Swimming Association.

Adherbal de Oliveira reported on her achievement, “Her preparation was hard and guided by her coach Danilo Carvalho. There were months with weekly distance training of 80 km and several long workouts lasting over 7 hours.

Bia said that despite living in the city of Santos, located near the sea until the age of 17, she thought the sea was cool, but always preferred to swim in the pool.

When she started living in the city of São Paulo, she started to immensely value the ocean. It was because of this ocean that she and her brother were encouraged by their parents to learn to swim when this love relationship with swimming began to this day.

Over the last three years, she has dedicated herself to the competitions of aquatic marathons. She first complete a 10 km swim, then a 15 km crossing, but her long-held focus was her goal of swimming from Leme to Pontal.

Her start took place at 1 am from Leme Beach during a light windy night with southeast swells that helped her a bit. Her navigation, even at night, was perfect and in complete harmony with the Boa Sorte escort boat piloted by Commander Max Paim Viglio.

The last 12 km of the crossing along Barra da Tijuca Beach tested her limits when she had to work hard to overcome oncoming currents and the undulating sea that made her breathing difficult.

At the end of the crossing, a fatigued Nantos was very happy and said: ‘Thank you life. 36 km from Leme to Pontal. There is nothing equal in the world.’

As the governing body president, we had the privilege of following every stroke and breath of this fantastic swimmer. It was really cool to be able to follow the trajectory of her swimming by tracking and being able to watch the various videos and photos posted on our social network.” 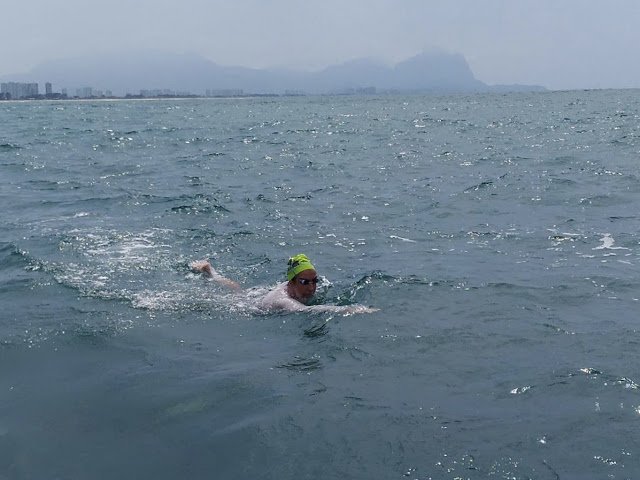