Beautiful Mariposa Across The Strait Of Gibraltar 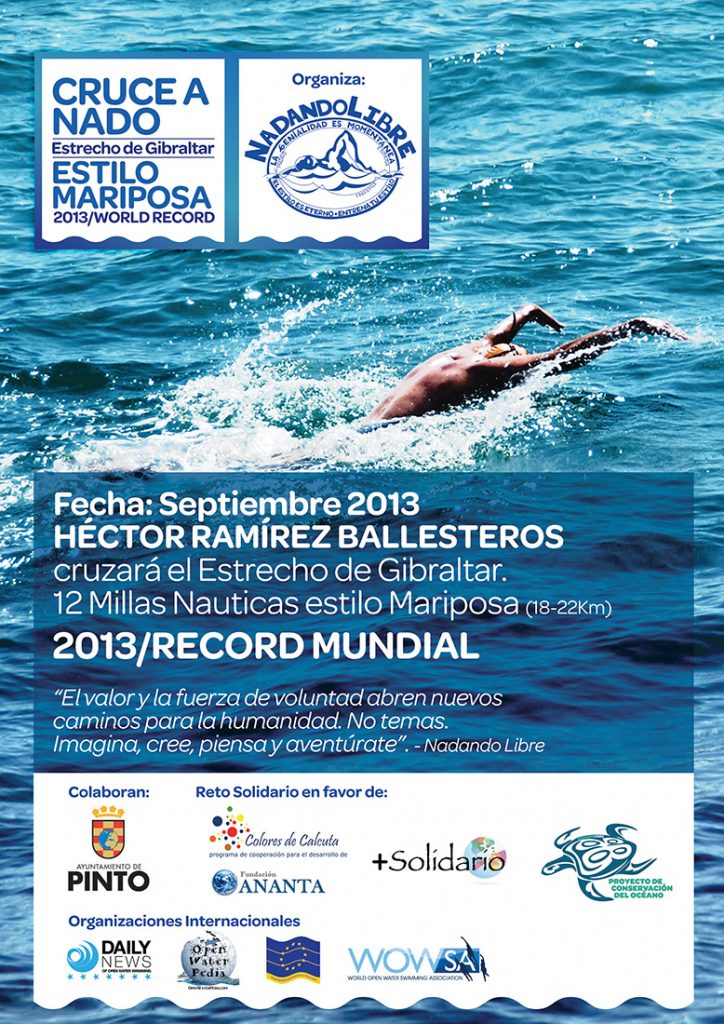 Héctor Ramírez Ballesteros will attempt to cross the Strait of Gibraltar from Spain to Morocco butterfly.

Coach Diaz explains, “We have multiple goals: to create a new world record by being the first in history to swim the distance swimming butterfly. But his challenge goes far beyond this butterfly attempt; it is also to collaborate with our efforts on two other projects of highest priority. We are raising money for the Ananta Foundation in a project called Pinteño titulado ​MAS SOLIDARIO and for an Ocean Conservancy Project.

We have been preparing Hector for more than two years for this attempt. Hector has trained for a series of different tests, each pushing himself further and further in order to take on the Strait of Gibraltar. Along the way, he has established four unprecedented records including the 9.3 km Travesía en las Laguas de Ruideraa Laguas in 3 hours 1 minutes, the 9 km Travesía en el Valle de Iruelas in 3 hours 15 minutes, and the 10km Travesia Internacional Xuquer Bahia de Cullera, and the 5 km Descenso a Nado de la Ria de Navia in 1 hour 10 minutes, all in Spain.”

Kathryn Mason attempted the crossing last year in June, but aborted the swim 2 hours 30 minutes from the start. “It is not going to be easy because open water swimming is the only sport where athletes face all the elements that nature offers. With Hector’s great challenge, we will not change the sport, but we want people to talk about him, think about him, and all the people who helped in this awesome challenge, explains Diaz.”