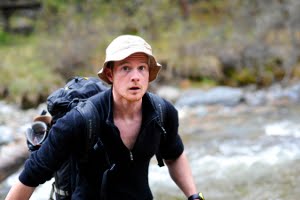 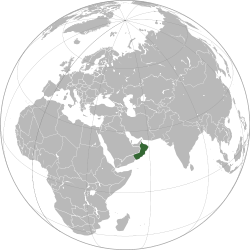 Tim Moss (shown above) produced a list of beautiful places to swim in Oman.

Oman, officially called the Sultanate of Oman (Arabic: سلطنة عُمان‎ Salṭanat ʻUmān), is an Arab state in southwest Asia on the southeast coast of the Arabian Peninsula.

Tim explains, “Most of these swims are little more than a paddle and a splash in shallow waters. The beauty of them comes less from lengths and more from the remoteness, tranquility and chance to escape the heat. Wadi is an Arabic term referring to a valley or dry river bed. They are also prone to flash flooding and people die in them every year through ill preparation.” 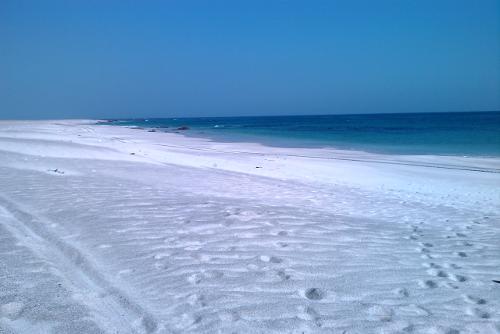 These places include the Bimmah Sink Hole, a vast crater and a stunning natural swimming pool, Wadi Shab, one of the best known tourist sites in Oman, Wadi Bani Khalid, a touristy water spot in Oman, Masirah Island with its nightly invasion of hermit crabs and the glowing phosphorescence among the crashing waves (shown on left), Snake Gorge, a long, narrow canyon with high, vertical walls on either side, Qurum/Shatti Beach on the north coast of Muscat, Qantab Beach, Fahal Island that is called Shark Island, Wadi Tirbat, Wadi Dawkhar, and the deserted Dhofar Beaches.

Tim provided some ideas for marathon swims in Oman: (1) swim the fjords of Musandam, swim 30 miles from Musandam to Iran, swim 13 miles to Masirah or a relatively short 2-mile swim Fahal Island (2 miles), or even a stage swim of 1,000 miles along the coast of Oman.