Becca Mann Is Precocious On Land And In Water 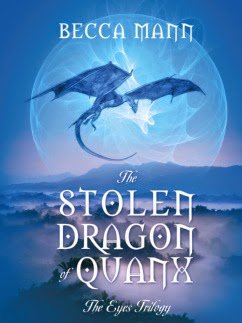 Becca Mann Is Precocious On Land And In Water

2016 Olympic pool and marathon swimming hopeful Becca Mann is a special person. The talented 17-year-old is not only one of the most versatile aquatic athlete on the planet, but she is also a creative author.

She spoke of her newest book, The Stolen Dragon of Quanx, after traveling down from Baltimore, Maryland to Tampa Bay, Florida and winning in the 5 km Tampa Bay Frogman Swim today.

“It is about four tribes of people who live in an island of Quanx. The people of the tribes are defined by the color of their eyes. The tribes are enemies as they go on a mission to steal a dragon egg.”

The well-received book is the first installment of The Eyes Trilogy and was published in October 2014 by Sharktooth Publishing.

Her novel can be purchased on Amazon, Barnes & Noble, Kindle, Nooks, and other online platforms like iTunes/iBooks.

Like her swimming career, she has been working on her books diligently from a young age – and has shown an unusual precociousness. “When I was 11, [The Stolen Dragon of Quanx] was one of the first ideas in my mind. At the age of 13, I really got into it when I started to write it on my first smart phone. I would write it on my phone on the way to swim practice.”

Her talents in the water and while typing on her smart phone are as evident as her ever-present smile. “I spend a lot of time going to practice and love to focus on my swimming and writing. I let the book write itself. I let the characters develop while all these ideas pop in my mind. Last night, for example, when I could not sleep, several ideas came to mind so I got my phone out and write down my ideas.”

Her ideas are creative. “There is a language called Dragon Tongue [in the trilogy]. For example, Wanv means fang. Now when I sign books, I write, ‘I hope you learn Dragon Tongue’. But you have to figure out the language.”

Which is one reason why the book and concept is popular among tweens (12-13 year olds).