Before The NYC Swim Season Ends, It Starts Up Again 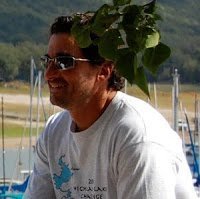 They say that New York City never sleeps. It is certainly true in open water swimming.

As ten top marathon swimmers, including Dave Barra and other English Channel and Catalina Channel swimmers, prepare themselves for the 2010 season-ending 17.5-mile Ederle Swim from New York to New Jersey, another group of swimmers are in the final stages of preparing their applications for the 2011 Manhattan Island Marathon Swim.

In terms of experience, it is quite a formidable field that will end the 2010 NYC Swim season – which continues to grow.

Since 1995 when there were 36 swimmers participating in one swim series event other than the Manhattan Island Marathon Swim, NYC Swim now attracts over 2,100 swimmers to 11 annual events including swims built around some of New York’s most recognizable landmarks, such as the Brooklyn Bridge and the Statue of Liberty.

So as the swimmers are gearing up for the Ederle Swim, many others around the world are putting the final touches on their Manhattan Island Marathon Swim application – a competitive process itself.

Photos from the NYC Swim.