Beijing, London, Rio Built On The Vision In Windermere 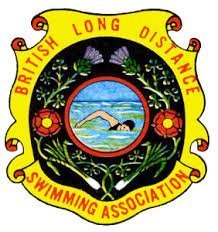 With worldwide audiences viewing the Olympic 10K Marathon Swim in Beijing (2008), London (2012) and Rio de Janeiro (2016), the Olympic marathon swimmers have become known throughout their respective countries. A few of the medalists from Keri-Anne Payne to Maarten van der Weijden have been household names in the global aquatic community.

Filmed with drones, fed with gel packs, and timed with wrist transponders on courses measured by GPS, the modern-day swimmers learn how to draft and position themselves without being called for yellow cards or red cards due to the frequent physicality around turn buoys and near feeding stations.

Visions of Olympic glory and participation in the Summer Olympic Games started its momentum among a dedicated group of volunteers with grand visions. The Windermere International was a big part of the early seeds planted by the British visionaries.

The Windermere International was established and organized by the British Long Distance Swimming Association (BLDSA) and was staged on six separate occasions between 1966 and 1990, held every 4 years with the exception of 1986 because the First FINA World Cup Long Distance Swimming Championship was held over the same course in 1986.

Over its history, the Windermere International attracted a world class field of marathon swimmers from around the world.

The course was a 10.5-mile swim from Lakeside at the south of Windermere to the finish at Waterhead, Ambleside in the north.

Subsequent Windermere International Championships were held over a 16.5-course from Bowness halfway down the lake, down to a turning buoy at Lakeside and then back to Waterhead. This swim was effectively a 1.5-way Windermere crossing.

The inaugural souvenir programme included an introduction written by John Slater, International Championship and Honorary General Secretary of the British Long Distance Swimming Association. “To celebrate our Tenth Anniversary, we have great pleasure in presenting the First International Amateur Long Distance Championship ever to be held in Great Britain. The full details of the 25 competitors are given overleaf, and it would be very difficult to forecast a likely winner when there are so many first-class marathoners who will give of their best, not only on their own behalf but for the honour of the country they are representing.

The results of the swim are published in the BLDSA’s 1966 yearbook:

Slater summarized the race in the 1966 BLDSA yearbook, “Ten years ago, at the meeting which resulted in the founding of this organisation, I put forward the suggestion of an International Championship. Circulars given details of the Championship were sent to all nations affiliated to the Federation Internationale de Natation Amateur, and to many individual contacts and publications throughout the world. We set out to hold this event to prove the need for an International Marathon Championship and to celebrate our Tenth Anniversary, and also to give further impetus to our claim that a Long Distance Swimming event should be included in the Olympic Games programme. We have been well justified in our efforts.”

The Windermere International event was held again in 1970, 1974, 1978 and 1982. On these occasions the course was 16.5 miles from Bowness Pier to Lakeside to Waterhead. Many well-known names in open water marathon swimming participated in these events that were organised by the BLDSA and held under BLDSA and ASA rules:

The Fifth Windermere International programme that included swimmers from 16 nations was described by Slater, “Ten years of hard work and the formation of many other championships ranged throughout Great Britain, finally culminated in the first International Championship in 1966, and subsequent championships being held every fourth year, making in effect the long distance swimmers Olympiad. During this time the BLDSA has twice made approaches to the International Olympic Committee through the Amateur Swimming Association, urging that a Marathon Swim be included in the Games programme. Support for such an event has gradually increased over the years and more nations are now taking an interest in the sport. Today’s entry, which is by far the most representative to have ever competed in amateur long distance swimming, must give added impetus towards full recognition and the eventual inclusion of such an event in the Olympic programme.”

The programme for the Fifth International Windermere championship included swimmers from 16 nations.

The 1986 event was titled The First FINA World Cup Long Distance Swimming Championships and was held over the same 16.5-mile course as the Windermere International.

The event was described in the BLDSA 1986 yearbook, “What a race! What a day! The sun was shining, the lake was calm. There may have been some wind during the course of the day but not a great deal to upset the swimmers. We had 19 finishers out of 34 starters. I sincerely hope that the FINA Observer and the ASA representatives have taken away with them thoughts for the future and I hope this first FINA World Cup has proved beyond all shadow of a doubt that our sport of long distance swimming is worthy to take its place amongst the Olympic sports. I hope that members of FINA and the ASA push for the inclusion of our sport (which is surely the most demanding of all sports) to be included in the Olympic Games.”