Belgium’s Brian Ryckeman Comes Out On Top In Europe 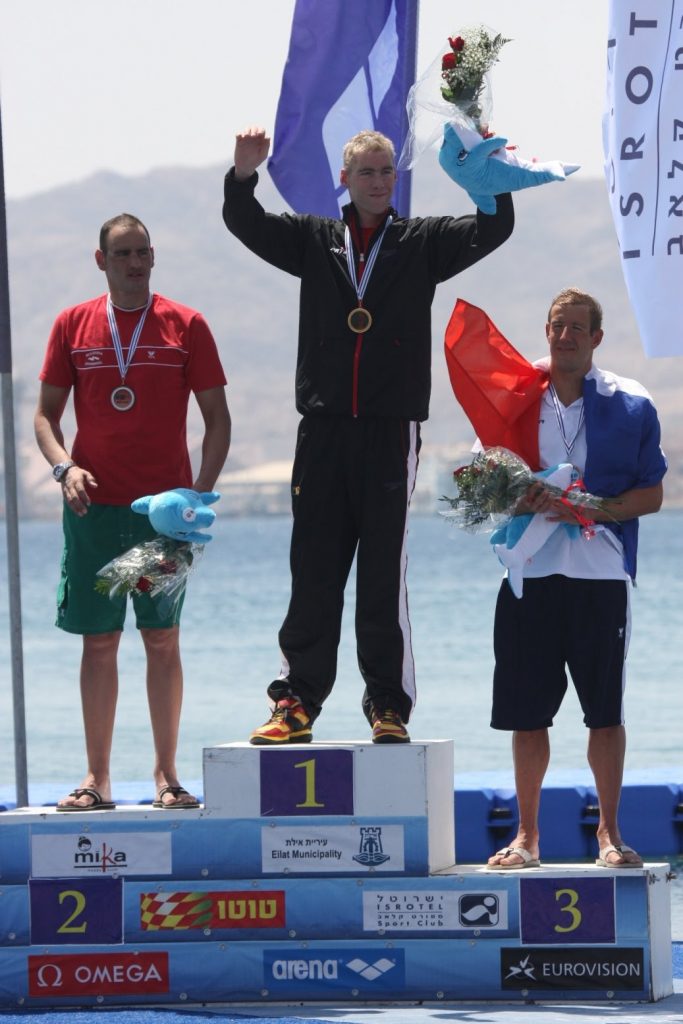 As is typical, a huge pack circled together during the first seven of eight 3.125K laps. But with 500 meters to go, Petar and Brian pulled ahead to take the lead. With 200 meters to go, Joanes extricated himself from the pack and gave chase. Around the last turn buoy, Brian surged slightly in front and was able to carry his momentum to a two body length victory.

“I saved my energy during the first seven laps and felt that I was in good shape today. I knew that to win the race, I had to be in front at the last buoy. So I did just that and was able to control Petar Stoychev at the finish,” explained the 27-year-old star-no-longer-in-waiting from Oostende.

After two seventh-place positions in key races, the Olympic 10K Marathon Swim at the 2008 Beijing Olympics and the 2011 World 10K Championships, it was Brian’s time to finally shine at a major international championship event.

Petar, who has trained under the tutelage of Stefan Lurz in Wuerzburg, was gracious in his defeat, “Next month I will turn 35. Apart from that, it is my fifth race during the past two months lasting more than five hours. So I was a little bit tired. I pushed from time to time to test Brian Ryckeman’s reaction. But I realized that he was stronger than me today.”

Joanes who has been peeking at the podium for some time was happy with his bronze medal, “As I did not feel too well, I decided to swim quietly within the pack. After a while I managed to get near the front, just behind Petar and Brian. Increasing my speed made me feel better, but when both increased their speed towards the end of the race, I failed to follow. I put all of my energy to hold the lead of the remaining
pack and then to pull out in front, aiming at the third place,” disclosed
the 31-year-old from Lille, France.