Bellamy Back In Barbados 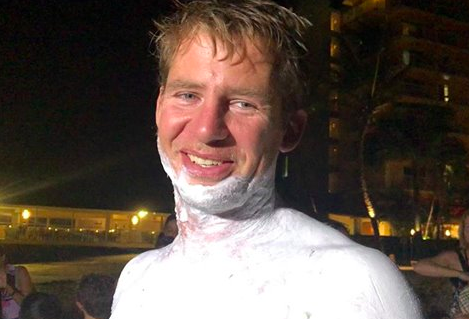 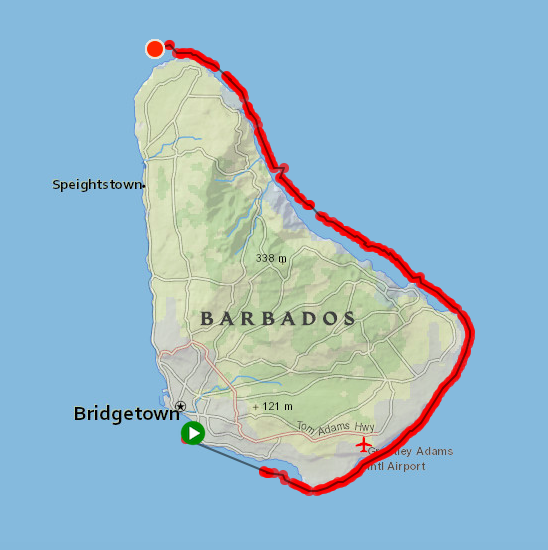 After becoming the first South African to achieve the Oceans Seven in June 2018, Cameron Bellamy found himself in the midst of another challenge against Mother Nature: a Swim Around Barbados, a 96 km circumnavigation attempt that three people have attempted – but no one has finished.

Kristina Evelyn of the Barbados Open Water Festival says, “Cameron will swim in the Festival and is planning a possible second attempt at swimming around the island … if the weather cooperates.

The 7th Barbados Open Water Festival will be held in Carlisle Bay where Cameron is practically a household name after he swam for 27 hours, covering an incredible 66 km, just about two thirds of the distance. Although he didn’t reach the finish line, his swim was an amazing feat given that there are only a handful of people in the world that can swim continuously for more than 24 hours.

The swim created such intrigue globally that the ​capacity of his real-time tracking software was frequently exceeded during the swim. In addition, thousands watched video clips, shared photos, commented and liked on social media.

Bellamy didn’t travel to Barbados with an entourage – no physios, no trainers no nutritionists. He just visited with a few enthusiastic family members. His support staff during the attempt was comprised of local volunteers. Since the first attempt, Cameron has increased the intensity of his already gruelling training, often spending in excess of 9 hours swimming daily.

Bellamy will also kickoff the Festival with a presentation on November 7th. The Festival offers 1.5 km, 3.3 km, 5 km and 10 km races.

His second attempt will benefit the Ubunye Challenge, a charity he founded in 2011, that makes contributions to early childhood education in poverty stricken regions of South Africa and Zimbabwe.