Ben Carlson And His Legacy Are Celebrated 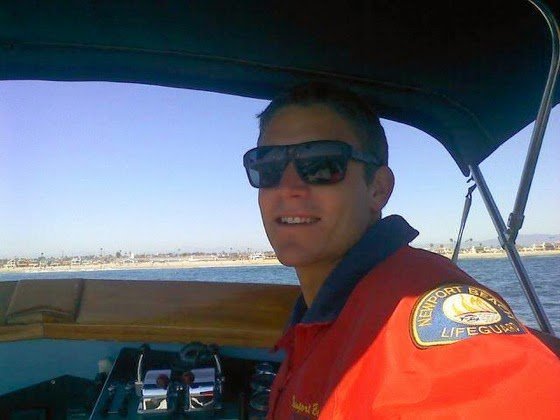 A paddle out, a traditional tribute for a waterman’s legacy, for lifeguard Ben Carlson was held in Newport Beach where he passed away in heavy surf when he saved another swimmer:

With 6-8-foot surf pounding the Newport Beach‘s 16th Street on July 6th, 32-year-old Ben Carlson did what he was trained to do and had done time and time before.

He put himself in harm’s way and went in the heavy surf to rescue another individual with his standard lifeguard gear.

The former Mega competitor, swimmer and water polo player was a 15-year veteran lifeguard. He did what he set out to do during a summer weekend when over 200 people were rescued by the well-regarded Newport Beach lifeguard corps. But a large wave came rolling in near the pier just as Carlson was rescuing a swimmer in need.

The other individual emerged from the heavy wall of crushing whitewater, but Carlson did not. After a massive search by his fellow guards, his body was found about 3 hours later as night fell around 8 pm.

Newport Beach Fire Chief Scott Post confirmed it was the first time a city lifeguard lost their lives while on duty. “Ben was a well-respected individual, always a nice guy. He was always there to help everyone at every single moment. It’s just an utter tragedy to lose a man of that caliber in the water today.”