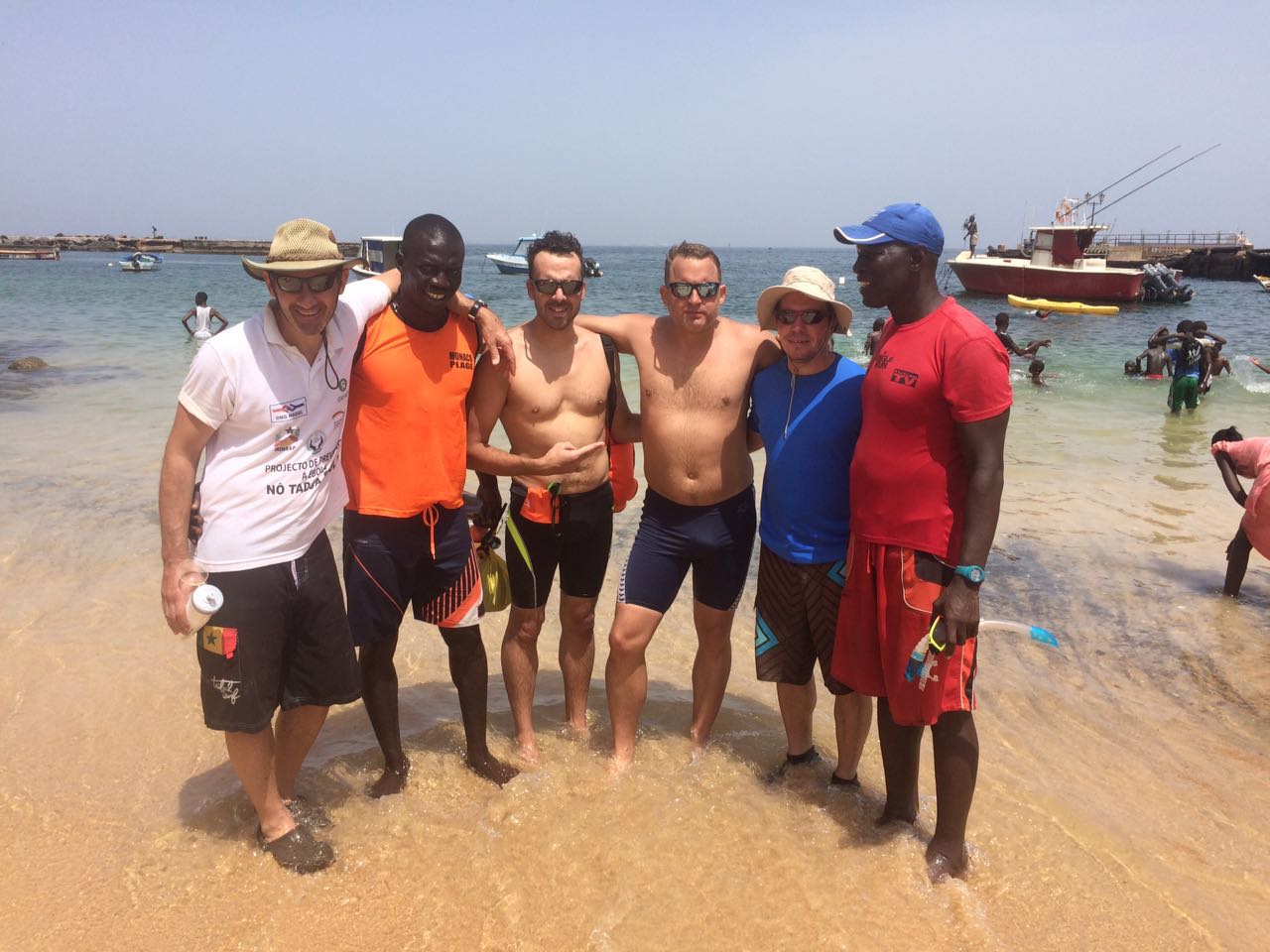 On opposite sides of the Atlantic Ocean, stage swimmers British Ben Hooper and American Jennifer Figge are waiting anxiously for their transoceanic swims to start.

Weather is causing delays on both sides of the Atlantic.

Figge and her escort captain Tamas Hamor decided to take shelter Cape Canaveral on the east coast of Florida before the start of the Bermuda Triangle Swim.

“We hit the unexpected: 30+ knot wind from the northeast opposing the current. The forecast from our weather router predicts conditions will deteriorate with the approaching cold front. We will decide later on how to proceed.”

Meanwhile, the start of the Swim The Big Blue has been delayed until this weekend. “Sadly, we have to delay 24-36 hours as Big Blue is yet to arrive…on her way though,” said Hooper [shown above with local team. The team is aiming for a Saturday start at 10:30 am local time at the Monaco Plage Hotel in Dakar before their transatlantic stage swim.

And in the Pacific Ocean, 49-year-old Ben Lecomte has delayed The Longest Swim for a spring 2017 start for his transpacific stage swim from Tokyo to San Francisco.

Update from Figge: “It looks like this boisterous front will pass through sometime Sunday. We will wait a day or so for the Atlantic to settle. Also, one engine was flooded and need a part… essential to have 2 engines when I’m in big seas.”