Ben Hooper To Swim Across The Atlantic 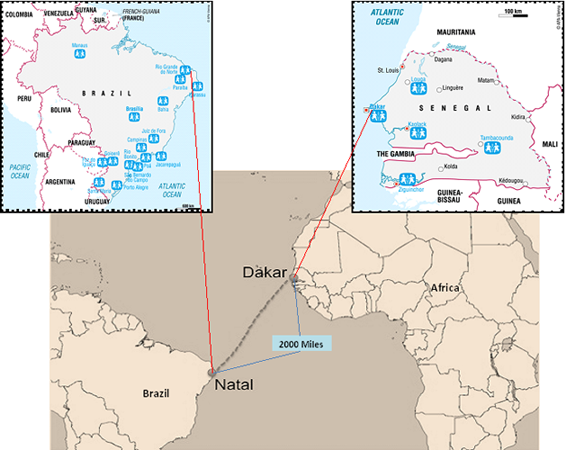 Ben Hooper is a British open water swimmer who served with the military and police. A multi-faceted swimmer, he also writes fiction and is a free diver, PADI scuba diver, charity swim participant, middle-distance running and triathlete.

But he has huge dreams.

He plans to swim across the Atlantic Ocean, 2,000 miles from Africa to Brazil.

He will attempt Swim The Big Blue solo event that will be broadcast on SmackDab and Ridgeline Entertainment. He plans to depart in November 2015 from Dakar Harbour, Senegal and arrive in January 2016 in Natal in northeast Brazil. Hooper will swim twice a day and up to 12 hours per day where he will face sharks, jellyfish, flying fish, equatorial sun, the Doldrums, humidity, storms, squalls, and lightning.

Doug Stanley will be headlining the broadcast of this swim where Hooper will purposefully, explicitly and transparently detail his entire swim. He may use a stinger suit and at least one Shark Shield and shark-safe chemical repellants if he encounters a smack of jellyfish be encountered.

According to his website (www.swimthebigblue.com), “the boat and crew will note the GPS position of each swim entry and exit, and will account for drift in order to add any vacant distances back into the swim or to the end of the swim, by altering course to a point further than the intended port of arrival, thereby ensuring the whole distance of the originally intended route is completed. As a further measure, use of a sea anchor will reduce the drift ensuring that the total mileage spent out of the water is minimized, recorded and still swum before the end of the expedition: a total of up to 2,000 miles in approximately 90 days.

Every detail will be logged, and with filming and video diary by Ridgeline and SmackDab will give full and transparent accounts of the expedition and its support team
.”

For more information on Swim The Big Blue, visit here.