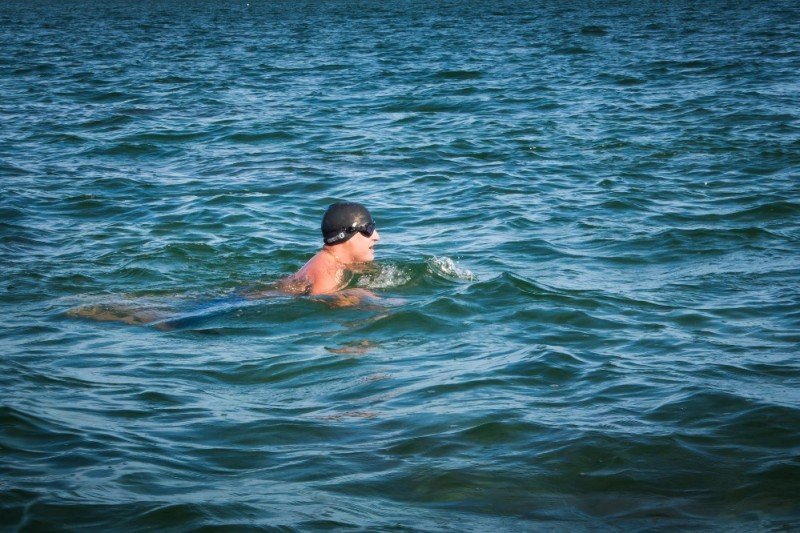 Proper Planning Prevents Poor Performance is an adage that is known all too well by open water swimmers.

Attempting a transoceanic stage swim – to a far greater degree than any channel swim or marathon swim in a lake – requires the ultimate in proper and comprehensive planning of both the expected and unexpected.

“Arguably more important than the physiological, psychological and emotional demands of a transoceanic swim, the logistics, funding and operations required for a successful and safe transoceanic swim is beyond the organizational and fund-raising capabilities of all by a select few,” observed Steven Munatones.

“Swimming way out across the ocean, hundreds or thousands of miles away from any shore presents a level of risk that is far greater than swimming across any channel or lake. There is most certainly a significantly elevated risk of death in swimming across an ocean, not only for the swimmer, but also for the crew. Stepping off the shore of one continent and attempting ANY form of stage swimming across the Atlantic is quite a mind-boggling challenge in my opinion, no matter how the swim is defined, marketed or funded.

The costs and logistics of traversing the width of the ocean at the speed of a human swimmer is enough to drive swimmers to quickly give up their dream. Frankly, it simply costs a lot of money and requires more fuel and provisions than most people realize. And a lot of money raised through their own means and through the generosity of benefactors and donors is usually not enough.

Then, of course, there are the standards in which the swimmers attempt their transoceanic swim. Swimmers have their own alternative ways and rules to swim across an ocean; this most certainly deviates from the commonly held rules of marathon swimming.

Ultimately, the reality of swimming in the middle of an ocean has an immediate and powerful way to rapidly change a swimmer’s plans and rules

Ben Hooper ended his Swim The Big Blue expedition stage swim short of his 1,635 nautical mile goal. The original estimate of 3-4 months swimming twice daily was stopped after he completed a total of 87 miles over 33 days on the Atlantic Ocean.

But Hooper’s dream to try another transatlantic crossing seems alive and well as he continues to motor to Brazil, reassessing his situation and the obstacles that a transoceanic swim presents.

On December 26th, Hooper wrote on his Facebook page [here], “…when we arrive in Brazil our trusty raft will be offered for sale…it is impractical for us to return with her to the UK as we have a lot of planning to do for our next and success Atlantic swim…you can own a piece of history by buying the [1979] sailing catamaran Big Blue…this yacht has proven ocean capability and is in seaworthy condition although like most vessels of her age she would benefit from a refit to restore her to her former glory whilst updating her to the latest specifications…“

His optimism and enthusiasm to attempt and fund another Atlantic crossing seems to have recovered – especially in light of the pessimism and reality that he experienced during his first attempt.

On December 1st during his Swim The Big Blue expedition across the Atlantic Ocean, Hooper and his team reported, “…join me on my primitive raft for the next four months…our generator failed soon after leaving Dakar meaning…vessel requires constant maintenance and repair meaning the crew get little rest during the day…“

On December 3rd, Hooper reported, “…the forestay snapped at the top of the mast leaving the jib and its furler dangling limp and lifeless above the deck…without propulsion, we were forced to cancel swimming and utilise all hands to stabilise our floating home to fight another day…the engine is refusing to start so we have lost our ability to sail against the wind…“

On December 13th, Hooper reported, “…to be honest, im lucky to be here and more fortunately, thanks to Pam and my incredible support team, I am quite literally alive…of 30 days so far we have lost 1 [to] technical boat failures of engine and sail loss (not fixed or recovered from) and electrical failure from loss of generator and engine…now, our raft (as we affectionately call her) Big Blue is alive thanks to Nigel and Russell’s monster hours and imagination, which exemplifies British ingenuity. We have no working engine, 1 headsail and rigging snapped, generator failed and only have enough power from solar for our vital watermaker, navigation and very basic comms use…our steering cable snapped yesterday…“

While his attempt didn’t end as he had envisioned, his dream carries on.