Ben Lecomte Going With The Flow Across The Pacific 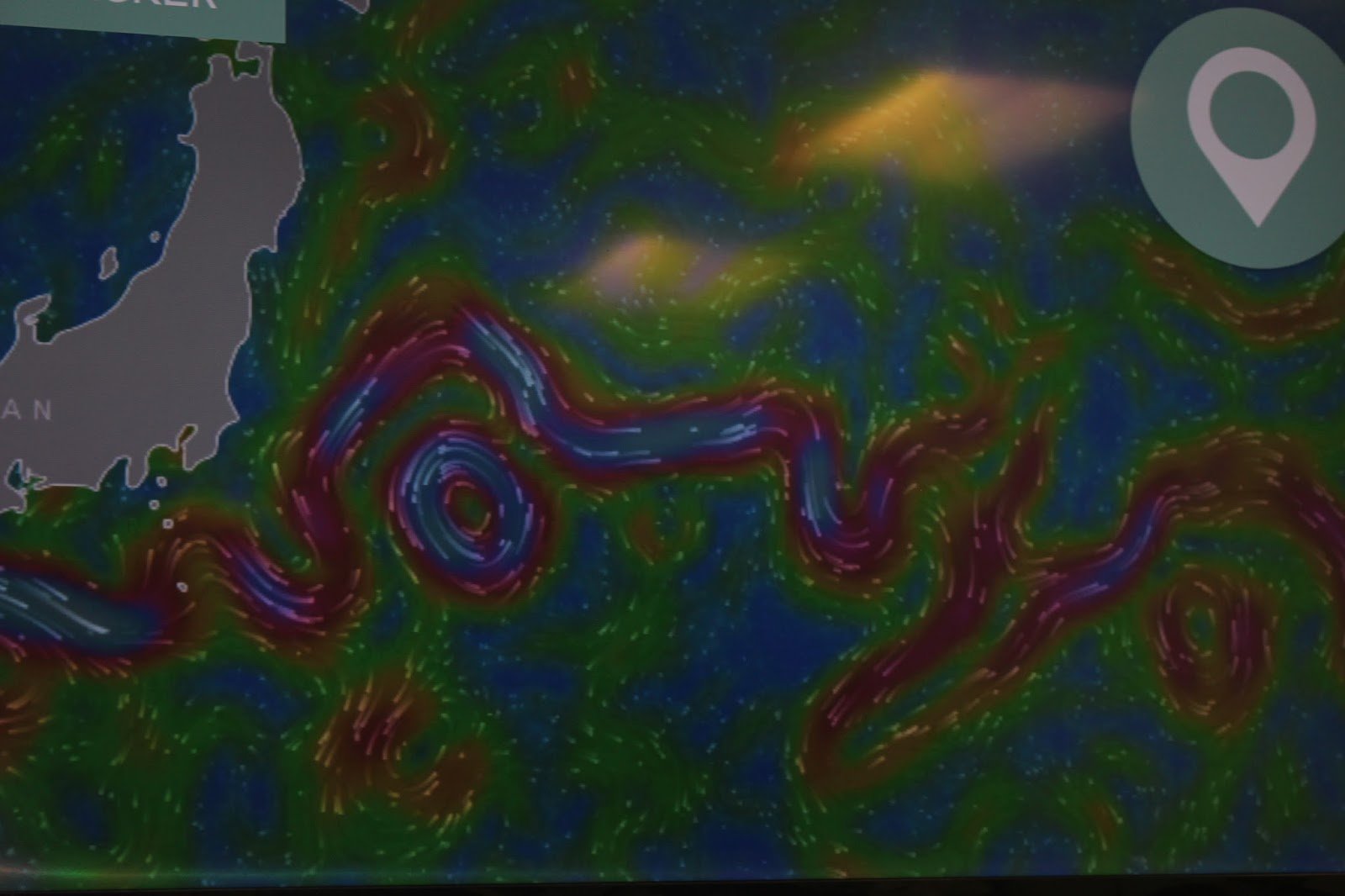 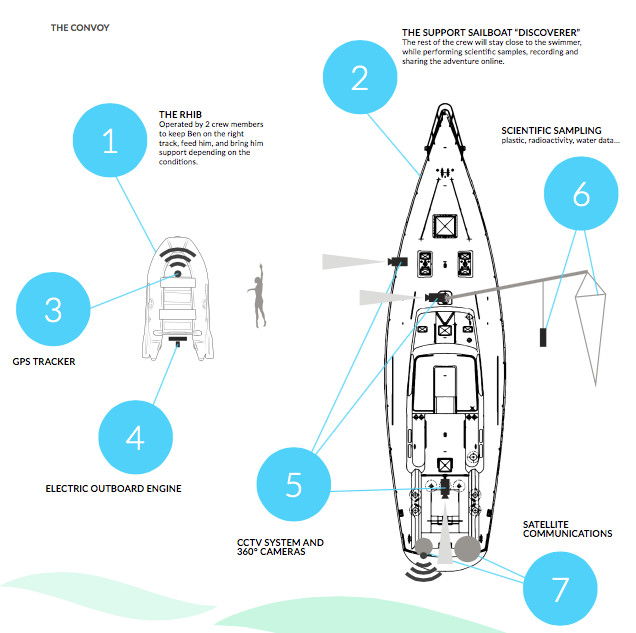 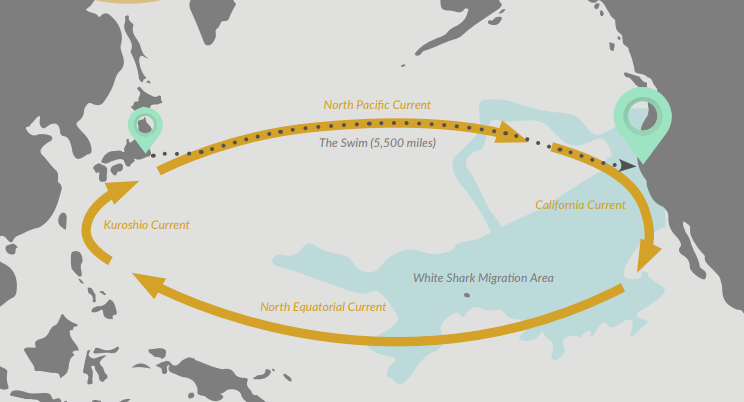 Ben Lecomte will receive the greatest amount of navigation data ever offered to an open water swimmer in history during The Longest Swim across the Pacific Ocean from Tokyo to San Francisco later this year.

Using data obtained through satellites [see data example above with the gray land mass representing Japan on the left], Lecomte will try to stay within certain currents across the Pacific.

With the push of the Kuroshio Current and the North Pacific Current from Tokyo to San Francisco, he hopes to swim an average distance of 48 km (30 miles) per day.

“The differences in water temperature will be provided to us aboard the Discoverer,” he explains about his daily 8-hour swim sessions for an anticipated 6 months. “We will follow this information as we plot our course across the Pacific. The information will tell us where the water is flowing. But there are eddies near the edges of where the cold water and warmer waters meet. We need to stay away from those eddies.”

The Discoverer is his 67-foot (20 m) steel-hulled sailing yacht that will serve as his primary escort boat with a CCTV system recording 24/7, drones, 360° cameras, GPS, and activity trackers onboard, people around the world will be able to follow his progress every day on an interactive map as well as his performance perimeters and the weather conditions.

With the communications equipment, his crew will provide constant updates, scenes from the boat, images of what Lecomte will see, and interviews and comments from Lecomte himself including a commentary as he is swimming through a unique bone-conduction microphone that he will occasionally wear as he swims.

The schematic illustration on his RIB and escort boat does not show a boom that will stretch from the Discoverer above the water where a swim streamer will float in the water below Lecomte. “I will be staring straight down looking at this swim streamer, like the black line at the bottom of the pool. But it will have weights on it and it will have different colors along its length. So I know I am getting further away from the boat if I am in the red zone and I am closer to the boat in the green zone.”

For information on his Kickstart campaign, visit here. For more information about the swim itself, visit thelongestswim.com.