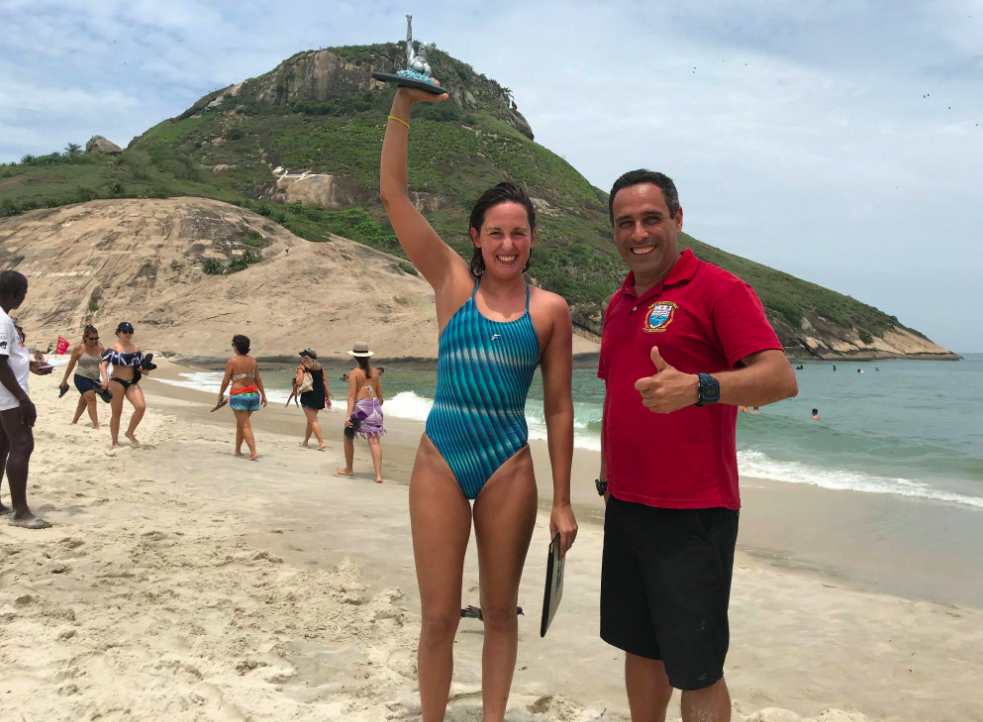 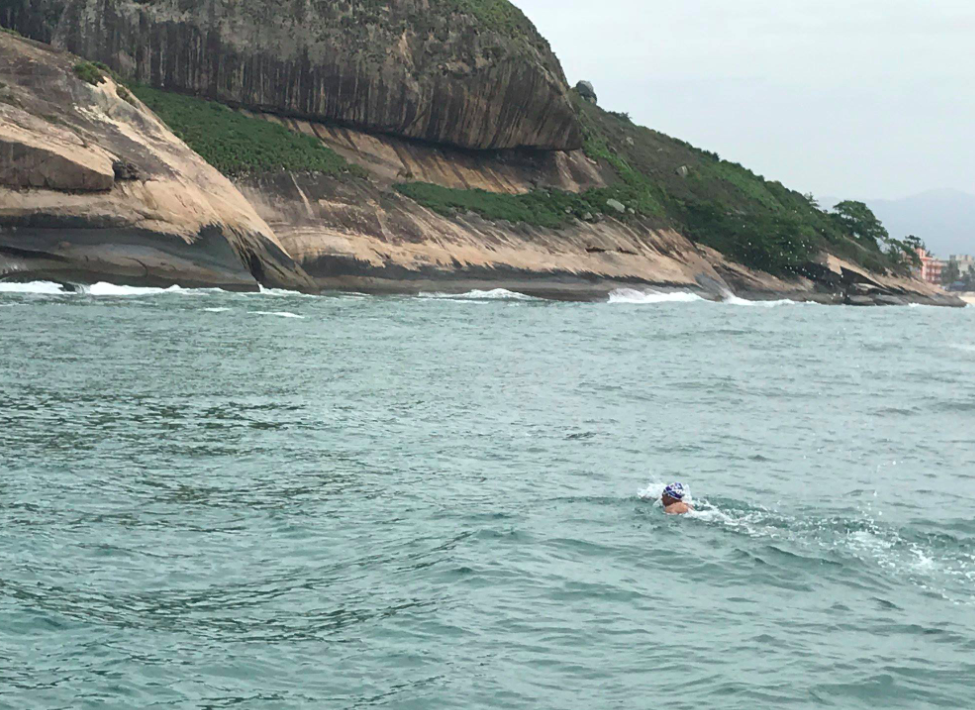 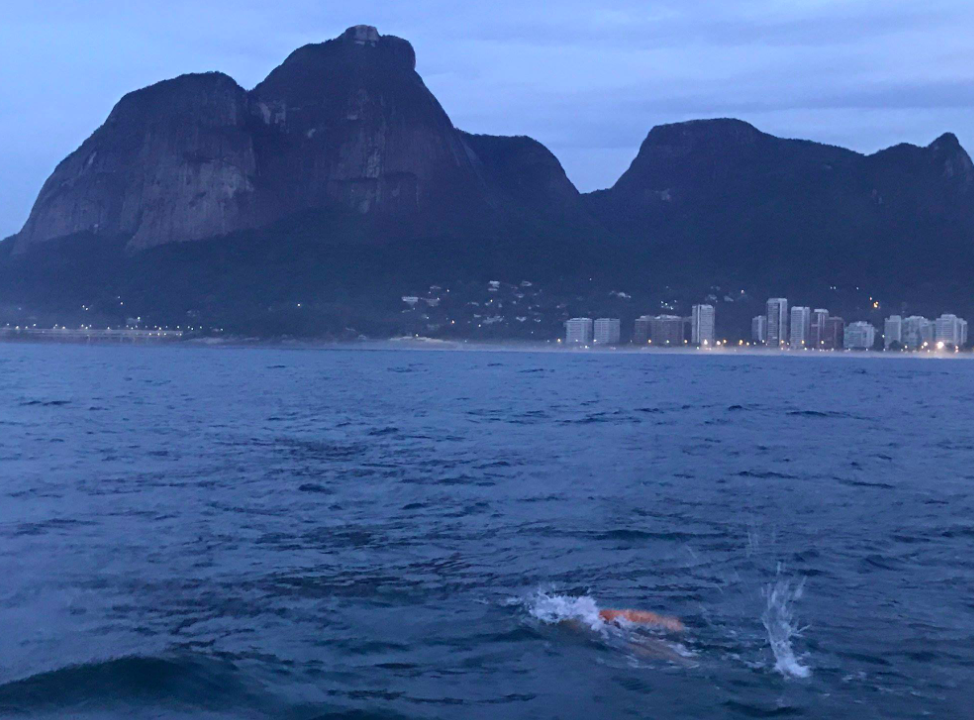 In the early morning at 2:40 am on October 18th, Lorscheitter set off on her solo swim together with the Anjos D`Água Relay, a duo relay effort by Marta Izo and Luciana Akissue.

Lorscheitter, a professional marathon swimmer and veteran member of the Brazilian national open water team who has competed in dozens of international races and world championships over her career, was the first to arrive at the finish in 8 hours 54 minutes, setting a new record for women without neoprene. Lorscheitter said, “Although I trained well, the challenge was hard, but at the same time, a pleasure to complete. The course is incredible and very beautiful.”