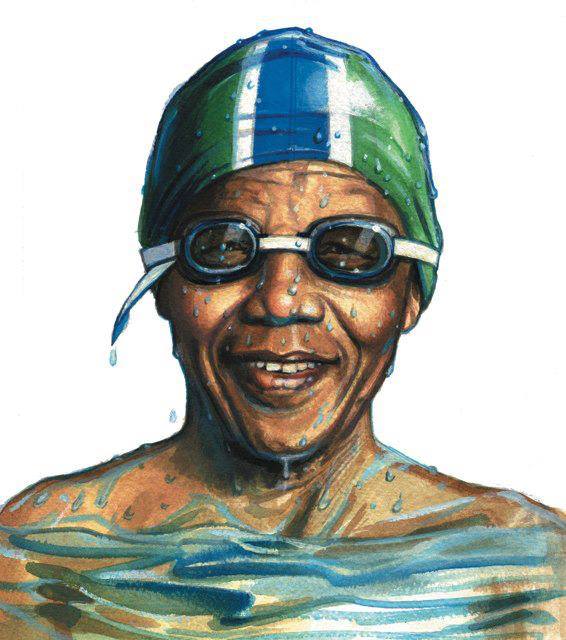 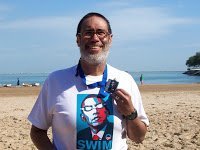 When we saw this recent t-shirt with the likeness of President Nelson Mandela, it brought memories of the controversial President Obama t-shirts of the 2008 Big Shoulders event in Chicago.

Prior to 2008, controversies in open water swimming tended to center itself over drug testing, high-tech suits, and length of feeding sticks.

Now controversies in swimming center around use of jammers and bubble caps, GPS readings, and in the case of the 2008 Big Shoulders event, a local politician who went to Washington D.C.

With the official t-shirts and medals bearing the likeness of President Obama, Big Shoulders in Lake Michigan immediately stirred up a shark’s frenzy judging from the thousands of comments in the U.S. Masters Swimming forums.

Photos of the Obama t-shirt and medals are courtesy of Blue Ollie (shown above).

And the Big Shoulders which serves as the 2013 Great Lakes Open Water Series Championship event is coming up this Saturday, September 7th.