A Bilingual Swimmer From Texas And Ireland, Julie Galloway 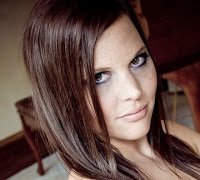 Julie Galloway is a nominee for the 2011 World Open Water Swimming Performance of the Year with her record-setting 9 hour 32 minute Round Jersey swim. Julie joyously swam the 41-mile circumnavigation faster than every man and woman in history around the open water swimming oasis in the middle of the English Channel.

The personable, energetic and ever-smiling Texas native brings good cheer to the sport, a level of competitive intensity to every swim and a unique mix of cultures due to her upbringing in Texas and her new life in Ireland.

The Daily News of Open Water Swimming asked Julie about her bilingualism and bi-culturalism:

Julie Galloway: Texas and Irish culture are quite distinct, which I like. I like that you know you’re in Texas. If you forget, signs, belt buckles, bumper stickers and state flags the size of houses will remind you. Ireland is the same in its own way. There is a strong sense of identity here; be it the road signs in Gaeilge (Irish language), the village pubs or the banter with your fellow Dubliners everywhere you go.

I was brought up in the sprawling city of Houston. We drive to go to the post box at home, and I had to drive 40+ minutes each way to go to my swimming pool, so I spent a lot of my youth in the car. Ireland is very different. I can drive from Dublin on the east coast to Galway on the west coast in two hours. Twelve Irelands can fit into Texas. I think the size is a huge thing for me. It’s still crazy to think that I come from such a big state in an even bigger country. But I like it here, mostly because of the strong sense of community. The Irish are an incredibly curious bunch, especially if you’re a yank. (All Americans are yanks – you get used to this.) They like to know who’s settling in their treasured country. If you’re an open person like me, and don’t mind answering a lot of questions, you’ll get along just fine here.


Daily News of Open Water Swimming: What aspects of Texan and Irish culture are similar?

Julie: Texans (as we all know) and Irish people are extremely proud of their nation. Okay, I know Texas is not technically a nation, but some Texans (including myself) would argue you on that! In any case, both are very proud of their respective places, and I like that. Ireland hasn’t had a pleasant history at times, but has remained a loyal, proud bunch, and I really respect that.

Daily News of Open Water Swimming: Texas has very warm water along its coastlines and fairly warm lakes dotting the entire state. But the water around Ireland can, arguably, be described as cold year-round. Did you have any trouble acclimating to 6-15°C waters?

Julie: Did? I still do! When I moved to Ireland, I had never owned a winter coat, nor had I ever swum in the sea. So my first sea swim was fairly memorable. I joined a masters team in Dublin, and because the sea swimming season was about to begin, they decided to drag me to Clontarf for my first dip. To this day they still tell the story of me panicking for my life as I screamed ‘how do y’all do this!?’ I shivered more that summer than I had ever shivered in 20 years living in Texas! I’m a warm-blooded creature, really.

Daily News of Open Water Swimming: Swimming in Texas is known for its Olympic pool swimmers – from Aaron Piersol to Brendan Hansen. Swimming in Ireland is known for everything from Ye Amphibious Ancient Bathing Association to the Sandycove Island community to the North Channel. How are the swimming communities different or the same?

Julie: In Texas I was a pool swimmer. From the age of six I was in a competitive, intensely-focused environment. During my teen years I was able to train under Randy Reese at Circle C (now Longhorn Aquatics). I also swam at the University of Texas in college, and it was an amazing, competitive environment, but greatness was typically measured in how fast you could swim. Swimming has more of a holistic approach here in Ireland. Ireland has some fast swimmers, but it also has some incredibly talented open water swimmers who have done some remarkable feats, and this is very highly regarded throughout the country. Being a small island nation, it is much easier to find people interested in your swimming endeavors, which is nice. So I’d say both are good in their own ways. That said, the communities are pretty much the same. In both Texas and Ireland (and likely the world), swimmers simply get each other. We share the same passion, the same understanding that life is infinitely better off of land.

Daily News of Open Water Swimming: You have bars in Texas and pubs in Ireland. Both are special places. Can you tell us any differences or similarities that stand out?

Julie: Well for one thing, ‘swim suits’ are ‘togs’ here. ‘A few quiet drinks’ could end up being a crazy night out. St. Patrick’s Day is a national holiday here, and no, they don’t dye the rivers green or drink green beer. I’ve never been in Ireland for Christmas, but I am told that Christmas Eve is quite the ‘session’ with family and friends. In Ireland, a lot of people, including non-swimmers, go for a dip in the sea on Christmas morning.


One really great thing about Ireland is the food. Because it’s a small country, they really aim to support local farmers. When you buy produce, cheeses, eggs or meat, you’re told which farm and county the food came from. They sometimes even have a picture of the farmer on display. It’s such a nice feeling to know the food you’re eating is locally grown and fresh.

Daily News of Open Water Swimming: The music of Texas and the music of Ireland are completely different. What songs go through your head as you swim?

Julie: I’m utterly obsessed with Top 40 music. You can always find me singing the latest and greatest from both the UK and US. I am a massive fan of Britney Spears, Lily Allen, Coldplay and Justin Bieber. Yes, I am 25. During my Channel Swim I had the Black Eyed Peas’ ‘I gotta feeling’ in my head for about six hours. That got a bit old, but I still love the song.

Daily News of Open Water Swimming: The clothing of Texas and Ireland are also completely different. Any cowboy boots or hats in Ireland?

Julie: I brought my cowboy boots to Ireland, but left the hat stateside. I’ve always had my own style, so I don’t buy a lot of clothes here as they are too European for me. Irish girls have an amazing talent of wearing next to nothing in the dead of winter. Like most European girls, they wear tights instead of pants. This still shocks me!

Julie: Language is one of my favorite things about living here. I could write an entire book on this! When I first moved, a lot of people asked me ‘How long are you here?’ I responded ‘I don’t know, it’s all up in the air.’ Turns out they wanted to know how long I’d been in Ireland.

I think the Irish are the most creative speakers in the world. Here in Dublin, the difference between northside and southside accents is extraordinary. There are northsiders who can barely understand southsiders, and they may only live a few miles apart. I am fluent in both, as I live on the northside, but work on the southside. My favorite is the rhyming slang used in south Dublin. Things like ‘Britneys’ for beers (Britney Spears), ‘boat race’ for face, ‘mince pies’ for eyes, ‘Davy Crocket’ for pocket, are used on a daily basis there. I think it’s brilliant. Language changes really fast here. The other day a girl I volunteer with told me I looked massive in a picture. I was baffled until she told me it was a compliment, that massive is like cool or nice. I love it!

Some people may not know this, but the national language of Ireland is actually Irish, not English. A lot of Irish people throw in the odd Irish word when speaking to me, which I think is really cool. I can speak a cúpla focal (a few words) but you’d never call me a Gaeilgeoir (Irish speaker)…I wouldn’t have the patience for that!

Being married to an Irish guy is quite funny as I have to ask him to repeat himself at least once a day. And when a colleague of mine from Cork speaks too fast and when the Irish cannot understand him, they look to me to translate. It’s amazing that we all seem to speak English. As well, Irish people use certain words to be amazingly vague. If you ask ‘How are you?’, they usually reply ‘not too bad’, ‘I can’t complain’ or ‘grand sure’.

Nobody has trouble understanding me here. I am one of those people who latches onto dialects, so I can switch from Irish English to American English pretty easily. Irish people laugh at my American/Irish accent, but I can’t really help it if I’m away from home for an extended period. When I first arrive back to Texas, I have a lot of people ask me where I’m from, but within a day or so, I’m back speaking like my native people!