Bill Ireland Forges On In The Open Water 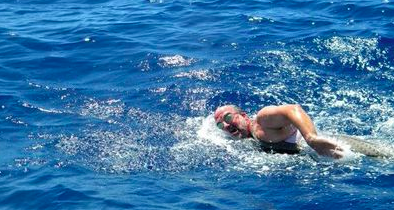 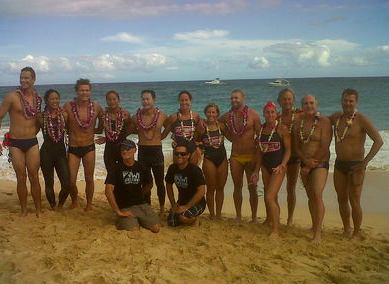 When the Illumina Shark Seq’rs Triple Relay Team completed a 15 hour 41 minute crossing of the Catalina Channel on September 29th, a little known achievement was made by Bill Ireland.

Ireland was among the 18 swimmers* who made their second attempt on the Catalina Channel. Their first attempt on September 11th was halted by a rare lightning storm over the Pacific Ocean near the coast.

The crossing was Ireland’s third relay crossing of an Oceans Seven channel. The Californian is one of the most prolific open water swimmers in the world,

In 2011, he was part of the Aquaboomers Over 50 Men’s Catalina Relay, together with Brad Magit, Dan Leonard, Tracy Edwards, Bruce Thomas and Steve Lowe who crossed in record-setting time of 8 hours 8 minutes.

In 2013, he was part of The Veterans team that included Amy Dantzler, Karen Schmidt, Brent Blackman, Bruce Thomas, and Dianne Gleason in the Kaiwi Channel Swim that completed a crossing of the Molokai Channel in 9 hours 53 minutes between the islands of Molokai and Oahu.

In 2017, he was part of the Illumina Shark Seq’rs Triple Relay Team across the Catalina Channel together with Jay Harger, Stephen Bannister, Anson Hsu, Beth Rasala, and Stephane Mouradian.