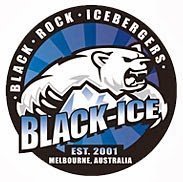 People usually come from around the world to the annual Global Open Water Swimming Conference, but it is always interesting to see who travels the furthest.

For this week’s Global Open Water Swimming Conference on October 11th-13th in Cork, Ireland that includes the WOWSA Awards and the International Marathon Swimming Hall of Fame, the Black-Ice Open Water Swim Club from Melbourne, Australia appears to be chalking up the most air miles in its travel to Cork.

The cool waters of Cork should be to their liking.

The Black Rock Icebergers train every Saturday morning throughout the year at the Brighton Sea Baths, including winter when the air temperature ranges from 6°C to 15°C (42°F to 59°F). To become an official member of the Black Rock Icebergers, a swimmers is required to complete a 3 km circuit of the long course at Brighton Baths during winter when the water temperature must be at or below 10°C (50°F) under the following rules: 1. No wetsuits and, 2. No neoprene swim caps.