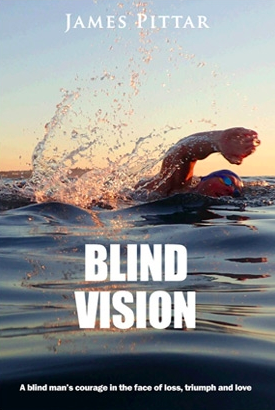 Matt Logan has kayaked for International Marathon Swimming Hall of Fame Honor Swimmer James Pittar for many years. He described the relationship. “Kayaking for James is different to kayaking for a sighted person.”

“On the water, it is blind faith. James is blind and has complete faith that I’ll be there to guide him in the shortest possible line to achieve a successful swim.

My faith is in his capacity to keep swimming irrespective of bluebottle stings, seaweed wrap around his neck, calm seas, big seas.”

The sincerity of his mission is pure.

“There are no lies. We never try and sugar coat a situation for James. He knows how long he has been in the water. He knows how long it should take him. He knows how he is feeling. We encourage James all the time, when he needs a kick up the bum for slacking off, we stop him and tell him there and then. We don’t wait for the next break, we get straight onto it. This enables us to keep him going at a high leave for a longer period of time. Or it enables us to get on top of any issues he might be experiencing sooner.

Sticks and I trying to swap after about 90 minutes, but Stick was unable to catch James back up. James was just swimming off with the current in the wrong direction. I was getting sick on the boat again and Sticks preferred being there, so we swapped and stayed that way until the end of the swim. I think it was about 10 hours [note: Pittar finished 72nd overall in the 19.7 km Rottnest Channel Swim in Western Australia in 10 hours 1 minutes].

Pittar told many other stories in his recently published book, Blind Vision that is described as a blind man’s courage in the face of loss, triumph and love.

At the age of 10, Pittar started having trouble seeing at night. Within a decade, his vision would be nearly be gone. But 29, Pittar became the second blind person to complete a crossing of the English Channel. He also swam the 45.9 km Manhattan Island Marathon Swim, the 32.3 km Catalina Channel, the 19.7 km Rottnest Channel Swim, the 14.4 km Strait of Gibraltar, the 23 km Cook Strait, the 13.2 Pennock Island Challenge in Alaska, a 7.4 km Robben Island crossing in Cape Town, a 26 km Martha’s Vineyard swim in Massachusetts, a 21 km swim in Phuket, Thailand, a 11 km swim in Turkey’s Anzac Cove, a 25 km swim in South Africa’s Vaal River, a 60 km swim in Argentina’s Paraná River, 10 km swim in Ireland’s Inisbofin Harbour, and was a member of the unprecedented, 6-day 86 km Bering Strait Swim from Chukotka, Russia to Cape Prince of Wales in Alaska. 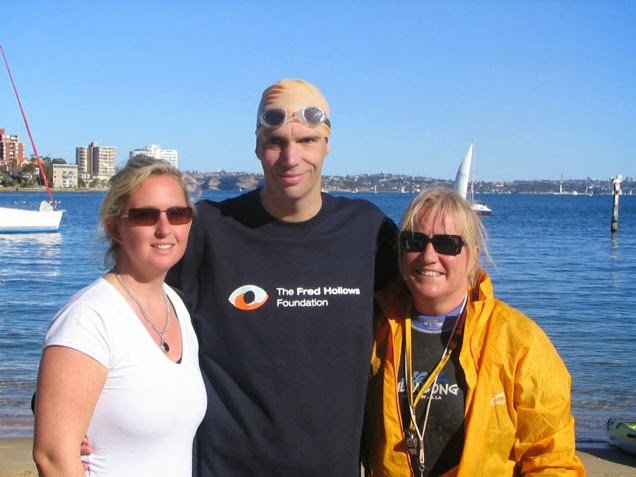 He continues to swim and has raised over $AUS 100,000 on behalf of the Fred Hollows Foundation and works for the Rainbow Club Foundation which teaches disabled kids how to swim. 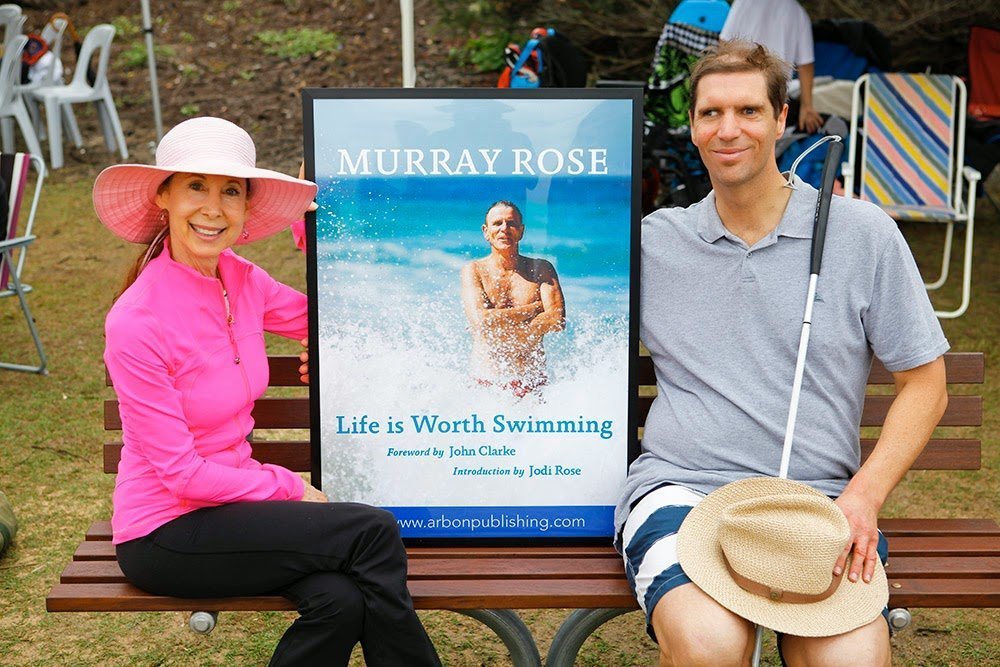 Blind Vision is published by Inspiring bookshop whose tagline is ‘Dare to be different’ and says, “James is incredibly generous in sharing his experiences and emotions, and it’s hard not to be drawn in as he takes us on a personal journey through his childhood, the loss of vision in his teens, the decision not to let it define him, and his continual dedication to growth and self-improvement throughout his life.

Blind Vision is a fascinating account of a unique and inspiring career in open water swimming. But more than that, it is a story for anyone that’s ever been told they can’t. James Pittar is living proof that no matter what the odds, with dedication, passion, and the right people around you, you can.”

Claire Daniel wrote the book Swimming the Continents in 2010 about Pittar’s achievements in the open water, but for more first-hand information about Pittar’s exploits, visit here.