Blue Green Can Wipe Out Gold, Silver And Bronze 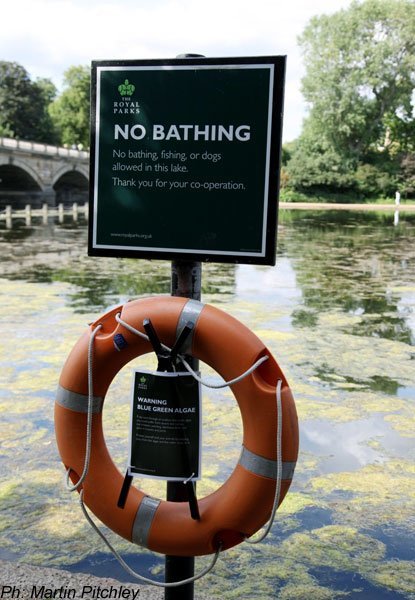 First, Facebook messages started to report that the Serpentine has reached 20°F (68°C).

According to the publication, “…tests have found blue-green algae in the lake…swimmers are being warned they may suffer skin rashes, eye irritation, vomiting, diarrhea and fever if they swallow the contaminated water, which can kill dogs and other animals. The algae, which occurs naturally most summers, could reappear next August for the men’s and women’s triathlons, which include a 1.5K swim, and the marathon swimming races.”

Fortunately, Olympic 10K Marathon Swim manager Colin Hill has experience with these situations as he had to previously cancel England’s largest open water swim due to blue-green algae bloom that occurred in Windermere when the temperatures increased. And, whether the 10K swim is in the Serpentine or elsewhere, it is going to be a race for the ages.