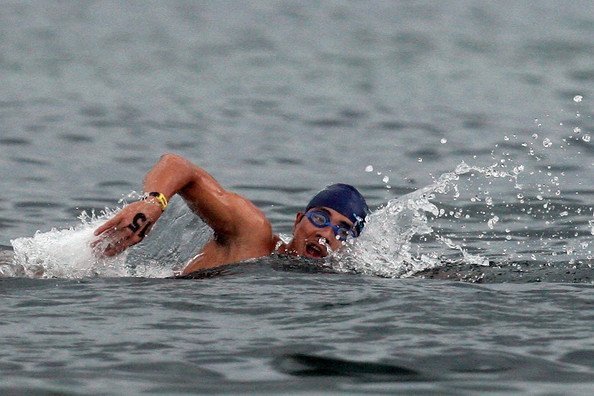 It is rare that results have the designation “boat assisted“, so the following definition was added to Openwaterpedia for boat-assisted swims.

A boat-assisted swim is a solo swim where the swimmer is allowed or required to board an escort boat or other marine vessel and moved to a different point along the course due to various reasons.

This decision to allow or require the swimmer to board the boat may be due to safety conditions (e.g., shark encounters), insurmountable elements or obstacles (e.g., oncoming tidal flow, adverse currents), or dangerous situations (e.g., lightening, boat traffic, pollution).

The swimmers themselves may not want to be boat-assisted as they face the obstacles of Mother Nature. They may complain or grumble, but they must always defer to the boat captain, observer, or race officials.

A boat-assisted swim differs fundamentally from channel swims in the Cook Strait where marathon swimmers can be legally and temporarilly removed from the water in the case of a potential shark encounter or shark attack for up to 10 minutes. In the Cook Strait, swimmers can remain on the boat for up to 10 minutes and then they are dropped back into the water, if they so choose, in the same spot where they exited.

Boat-assisted swims also differ from traditional stage swims where the swimmer must start at the same position as where they got out of the water in the previous stage. However, a boat-assisted swim is similar to a continuous stage swim where the swimmer moves along with currents, tides, and winds, and starts in a different position than where they got out in the previous stage.