Bob Burnside Leaves A Huge Wake As His Legacy

Bob Burnside Leaves A Huge Wake As His Legacy

California waterman and famed lifeguard Bob Burnside passed away on December 10th at the age of 87. 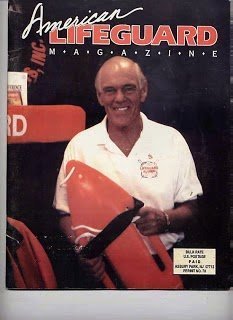 Burnside was the Founding President of the United States Lifesaving Association and 2014 Paragon Award / Aquatic Safety recipient whose legacy is huge throughout Pacific from Australia to America.

“I miss the beach,” said the ocean lifeguard since 1951 who was honored by the International Swimming Hall of Fame as the recipient of the 2014 Paragon Award for Water Safety.

He also wrote the History of Junior Lifeguarding and was most influenced by his stepfather, 1920 Olympian and ISHOF Honoree, Stubby (Harold Herman) Krueger, and his mother, Jane Mackenzie, who was a Ziegfeld Follies dancer.

Swimming World Magazine reported, “Bob was instrumental as a member of the affirmative action committee to mandate women’s rights to take the beach lifeguard test that led to the hiring of the first female ocean lifeguards by the department. He eventually rose to become the chief lifeguard of Los Angeles County. During his tenure, Los Angeles County created the first lifeguard paramedic program, a hyperbaric chamber, lifeguard certification program, and pioneered the prevention first concept in lifeguarding.”

The honors and victories that were showered upon him included: