Bob Dudley Swimming To The Top 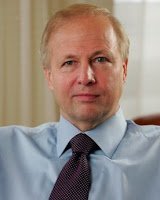 Among the global executive elite, the name Bob Dudley rings a bell as the Chief Executive Officer of British Petroleum.

But in the hallways of Hinsdale Central High School in Illinois, Dudley is remembered as one of the top swimmers in a team that would eventually feature Olympic champions and world record holders and NCAA champions.

His coach Don Watson remembers Dudley fondly, “Unfortunately, Bob broke his collar bone during his senior year in a swim-off for the relay position for the state meet. But he will be inducted in the Hinsdale High School Hall of Fame this coming September when another successful swimmer Sandra Bucha is also being inducted.”

When it comes to swimmers who can have a positive impact on the world’s ocean, there is arguably no one potentially more powerful than Dudley. The formerly fast freestyler heads one of the world’s biggest corporations and took the reins of BP after the Gulf of Mexico oil spill caused millions of barrels of oil to be leaked in the sea and polluted beaches and affected livelihoods in Louisiana.

Dudley helped turned a US$5 billion loss in 2010 into a US$24 billion profit in 2011 while winning 55 new exploration and production opportunities around the world.

With such positive financial success in these turbulent economic times, imagine if British Petroleum funded programs along the Gulf Coast – and elsewhere – to help educate local residents about allure of open water swimming and the importance of enjoying and protecting the oceans?

Not a big amount, just a little financial catalyst to encourage people of all ages to become comfortable in the open water and appreciate what the oceans have and can offer.

As Jacques Yves Cousteau once said, “People protect what they love.”