Bob Placak In The Lead At The RCP Tiburon Mile 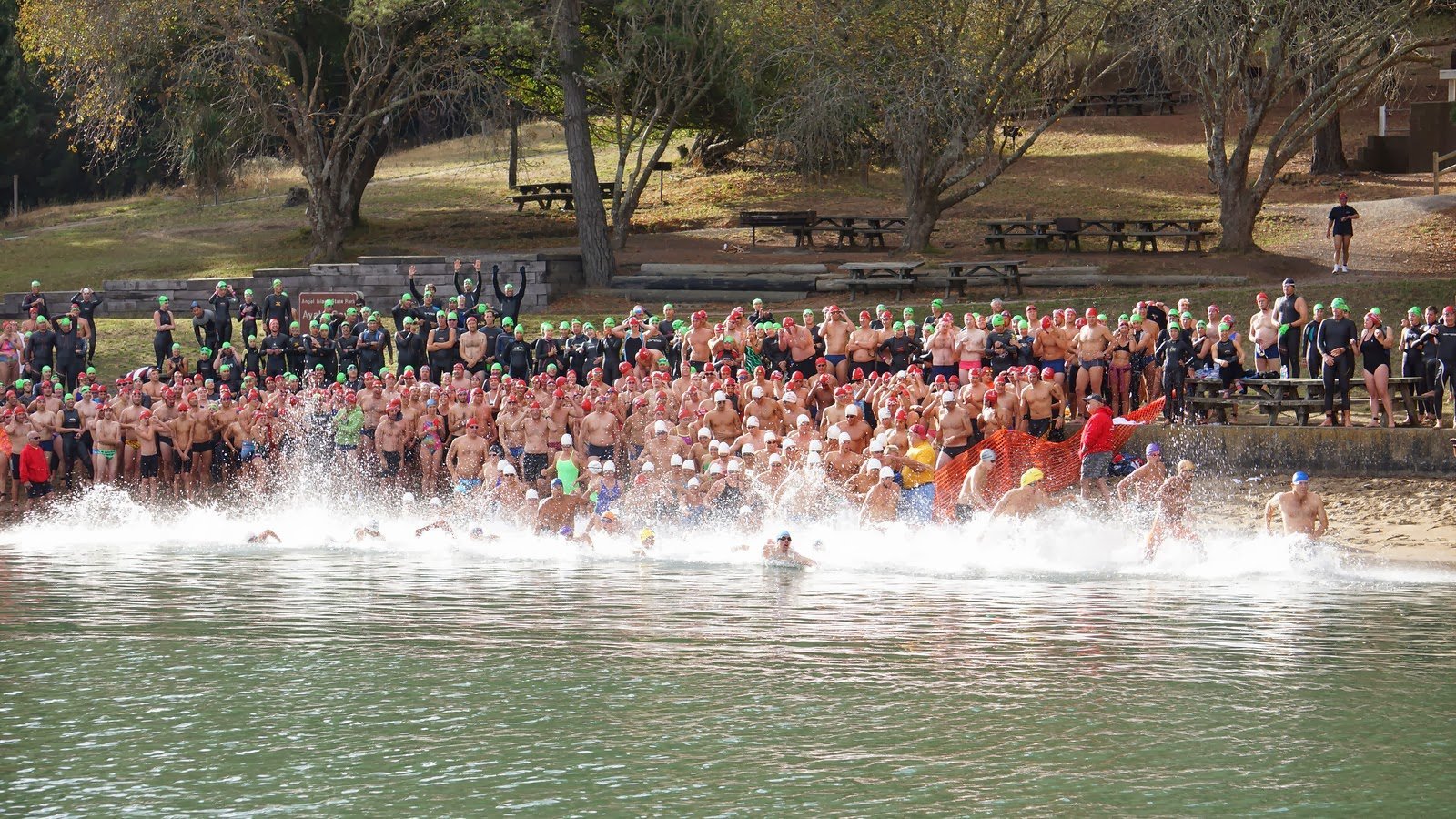 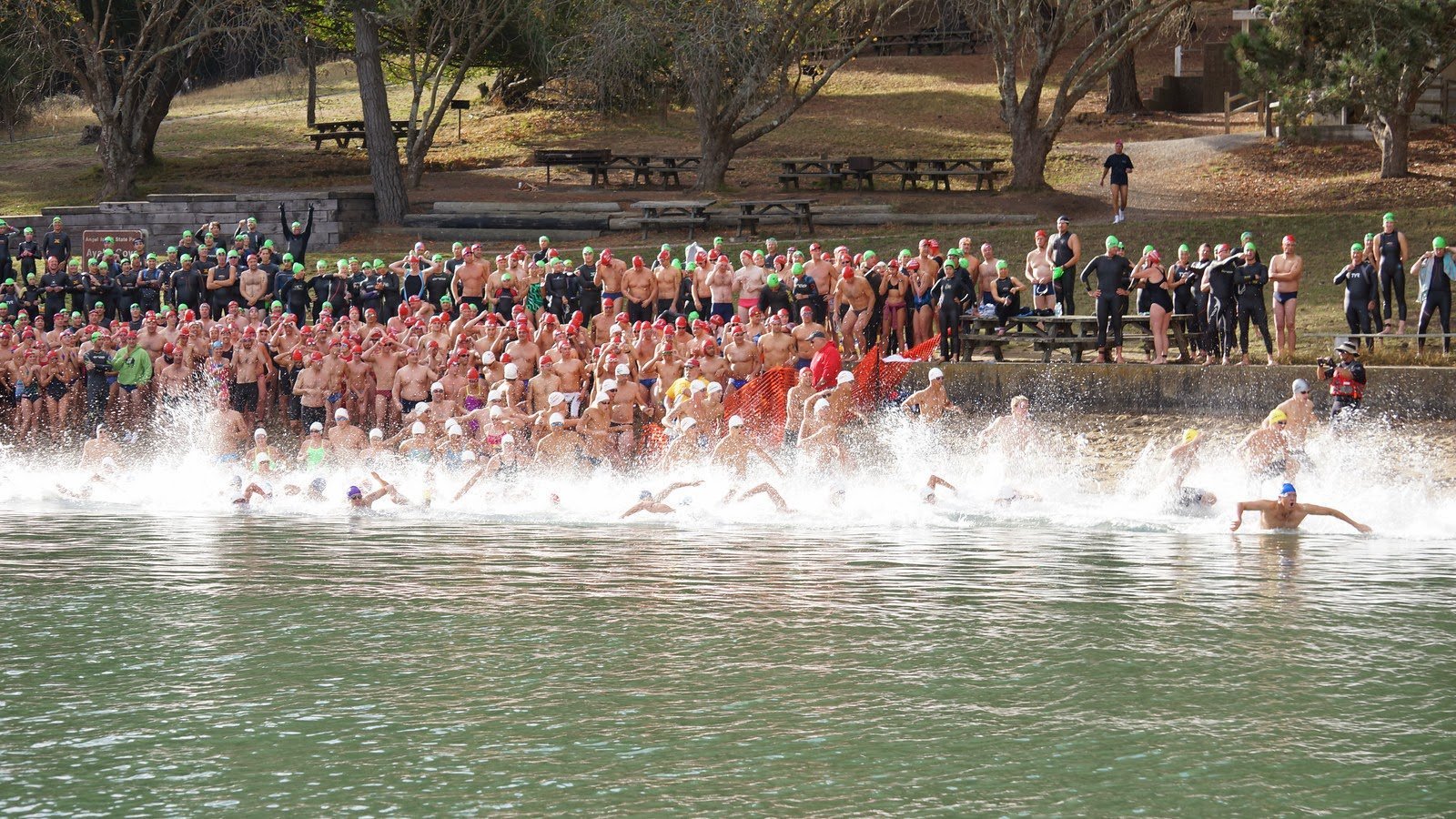 Bob Placak has been competing at the highest levels of swimming for decades and his competitiveness is still evident as he ages north of 50.

At the annual RCP Tiburon Mile, Placak always gets a great start.

He is shown at the very beginning of the race on the far right in the blue swim cap. With Placak hitting the water first, Olympic champion Ous Mellouli follows his footsteps and Bob is in front, Ous crosses over and follows suit. A step later, eventual winner Mateusz Sawrymowicz does the same and dives in right after Placak and Mellouli. Eventually, Mellouli and Sawrymowicz pass Placak and go 1-2.