As the saying goes, “Choose a job you love and you will never have to work a day in your life..”

Nowalski is an open water swimmer, diver, escort pilot, coach, and aquapreneur from Costa Rica who lived in Madrid after spending much of his life in the water either swimming in a pool or in the ocean, or surfing around the world since he was 6 years old. As a competitive swimmer, he represented Costa Rica in international competitions and Tufts University at the NCAA Division III Championships.

He admits, “The sea gives me life.”

But his idyllic formative years in Costa Rica eventually transformed into a professional career in Madrid. “I lived in Spain for the last 20 years. But since I first came to Spain, I have always spent my summers in Mallorca, which is where my wife is from. During the last 20 years, I have been swimming in the Mediterranean waters of Mallorca where I have witnessed with my own eyes the deterioration of the sea. Every year I see fewer fish and less seaweed as the amount of plastic increases. The Mediterranean is dying.

Three years ago, I was tired of living in the city and was overwhelmed with the rat race and the non-stop traveling for business around the world.”

So he shifted gears…back towards the sea.

He explains, “I moved with my family from Madrid to live permanently in Mallorca. We founded Mallorca Open Swim, an open water swimming travel company which organizes swim camps and attracts open water swimmers from all over the world who come to Mallorca to swim and enjoy its beautiful coastline. We help swimmers improve their open water technique, increase their confidence in swimming in the ocean while enjoying the open water swimming paradise of the Mediterranean Sea.”

After years of teaching people how to swim, Nowalski decided to do an eco-swim fundraiser between the Balearic islands of Menorca and Mallorca. On Monday September 14th he completed a crossing of the Menorca Channel (Canal de Menorca) in the Islas Baleares of Spain. His course on one of the World’s Top 100 Island Swims was 39.18 km, taking him 11 hours 5 minutes.

He explains, “The swim was organized, observed and certified by the Menorca Channel Swimming Association which is managed by Tita Llorens, perhaps the best female long distance open water swimmer in Spain.

We started around 6:30 am from Faro d’Artux in Menorca. The finish point was in Cap des Freu near Cala Mesquida in Mallorca. The team was the captain of the boat Pachira, an observer from the Menorca Channel Swimming Association, my friend, physical therapist and training buddy, Pere Galiana, and kayaker Joan Marquez.

Even though there were a few storms in the Mediterranean during the first weeks of September, we had excellent swimming conditions the day of the swim. The first three hours of the swim were very difficult given the amount of stinging plankton on the surface of the sea. After those first three hours the swim went great without further complications. I stopped every half hour for a drink and every hour for food.

Certainly the best part of the swim was watching the sunrise form the water. It was magical. I was able to maintain a steady pace throughout the day and was able to finish the swim in a better than anticipated time. The water temperature was around 25ºC (77ºF). We had no encounters with marine life, sadly the only things we saw were plastics floating on the water. I was born and raised in Costa Rica. Since I was a little kid, I have been in the ocean either surfing, scuba diving or swimming. For us, as an ocean and nature-loving family, it’s very important to safeguard the wellbeing of our beautiful Mediterranean Sea. With this challenge, we wanted to help in the conservation and improvement of the Mediterranean. Therefore, when I thought about completing the swim, I wanted to do it to benefit a local NGO whose mission is to save the Mediterranean Sea. Thus, I partnered with Save The Med Foundation and used this challenge of swimming across the Menorca Channel to raise awareness so that people can start doing something to save the Mediterranean and also to raise funds to support the wonderful programs carried out by the Save the Med Foundation. We raised €20,000 with the swim.”

Photos of his swim are below: 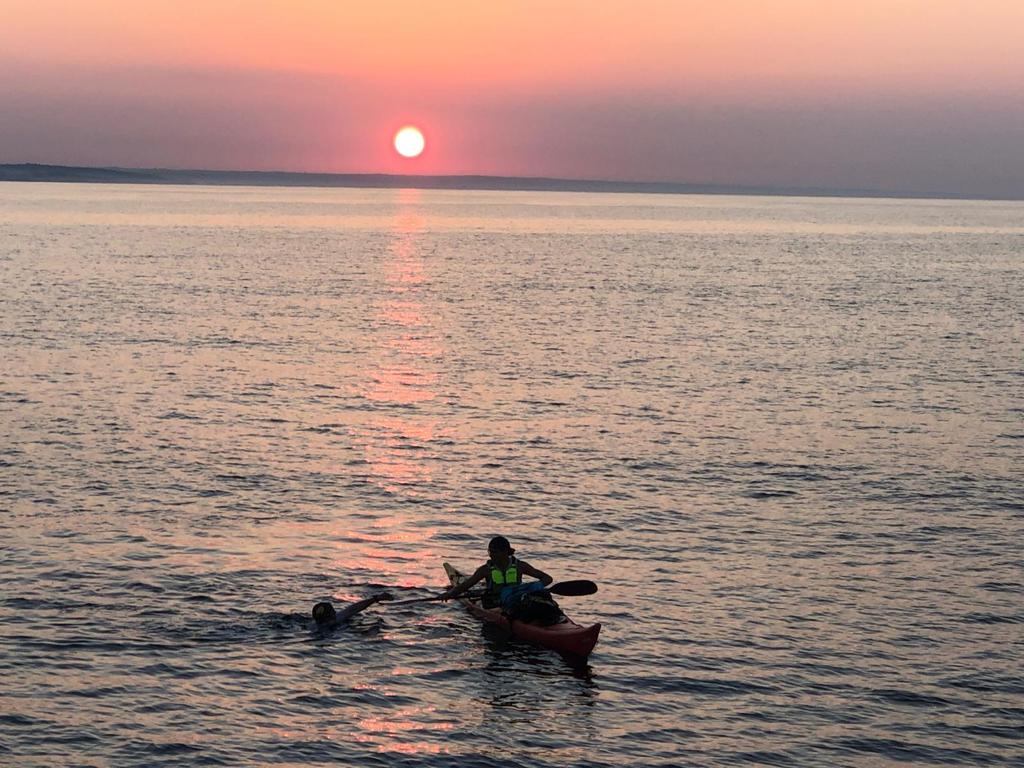 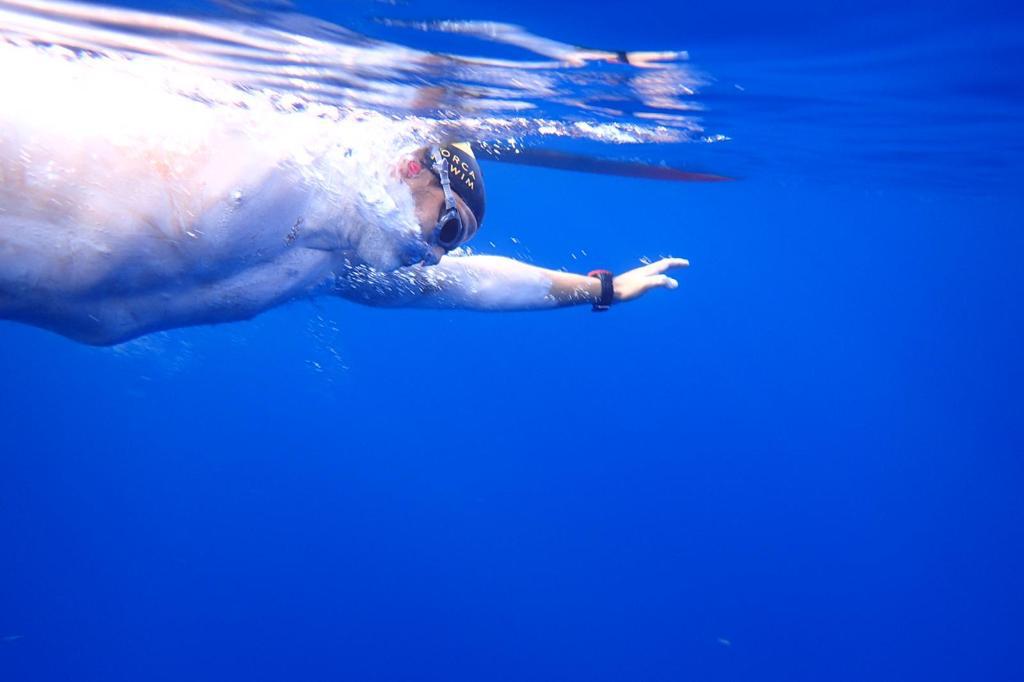 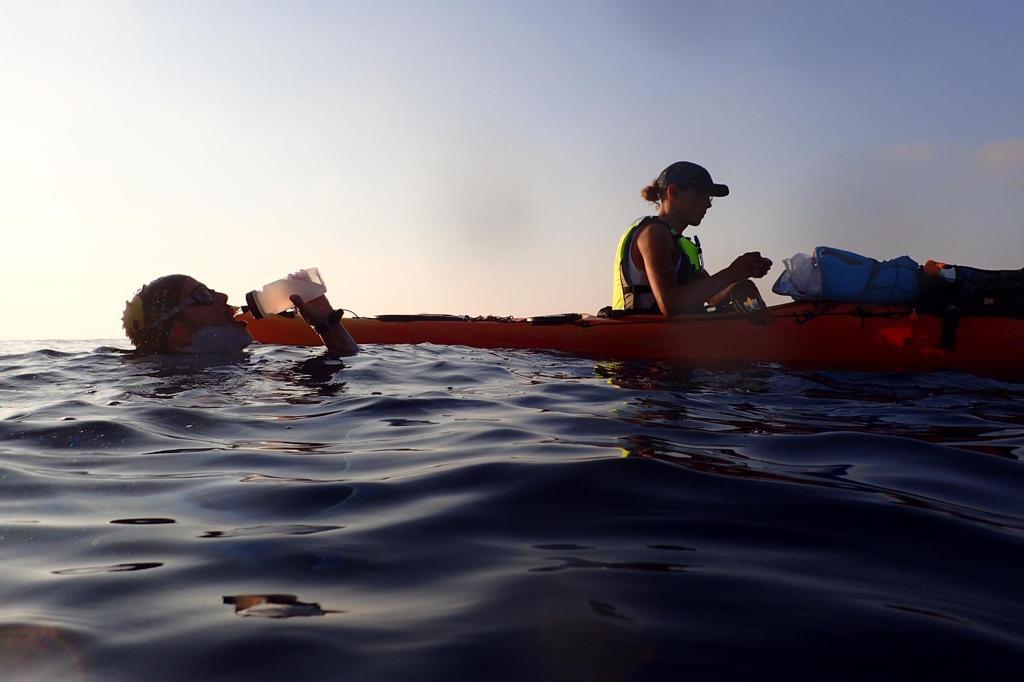 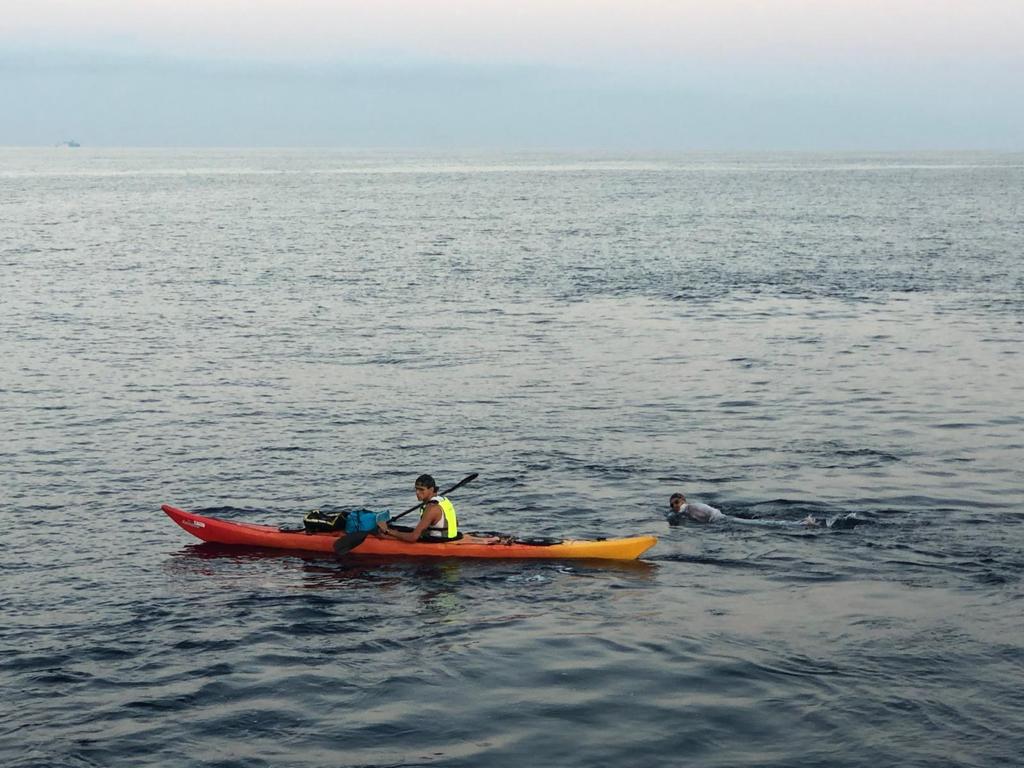 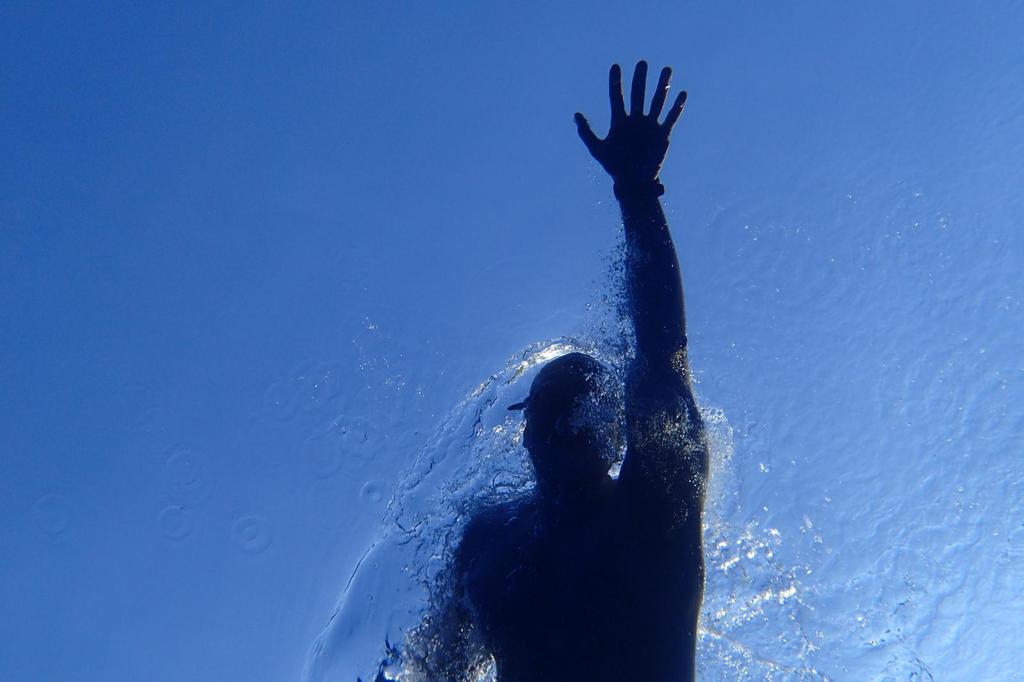 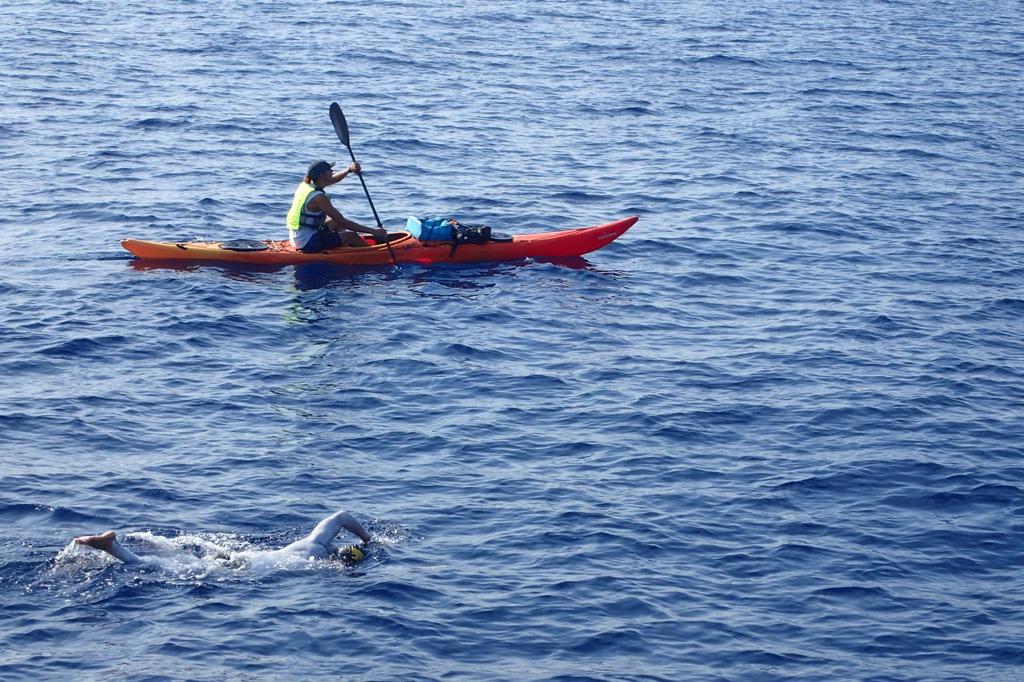 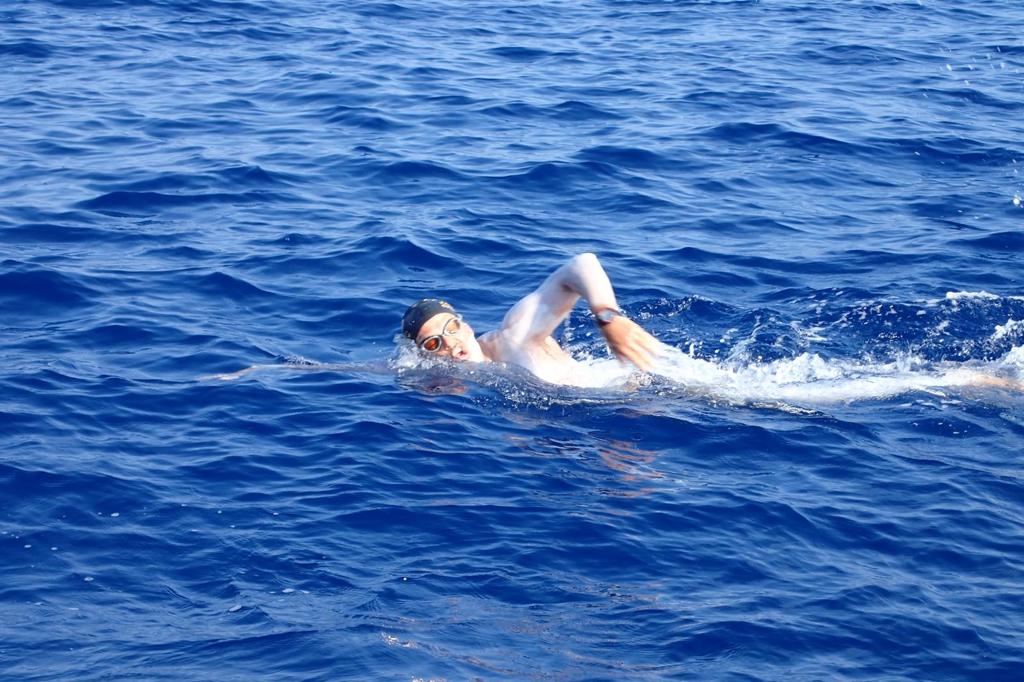 For more information on Nowalski and his Mallorca Open Swim, visit www.mallorcaopenswim.com.