Bravery In The Tsugaru Channel 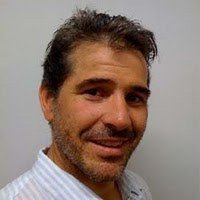 Of all the Oceans Seven swims, the Tsugaru Channel between Honshu and Hokkaido in Japan is probably the least known.

Nicholas Cederwell, a 42-year-old from Great Britain, set off on his July 23rd attempt of the channel with Syuji Yasozumi as his pilot and Haruyuki Ishii as his observer aboard the SUN II. Nick swam valiantly for six hours before being pulled after an initial rainfall followed by cloudy skies and bumpy seas in the 21.5°C (70°F) rough waters of the Tsugaru Channel.

These videos below were taken by Ishii-san that give aspirants a good idea of what to expect, even after waiting for good conditions. “I waited in Northern Honshu for several days to attempt the swim and, in spite of the poor swimming conditions, I decided to give it a go. I started at dawn in the rain which was a strange feeling,” recalled Nick. “The water temperature was OK for the first three hours, but then it got much colder (17°C or 62.6°F). I found it hard to continue in these [rough] conditions. It was a good experience and although it was hard to stop, I don’t have any regrets.”

The Special Olympics has an oath that is wonderfully appropriate for the open water world and in relation to Nick’s attept, “Let me win. But if I can not win, let me be brave in the attempt.”