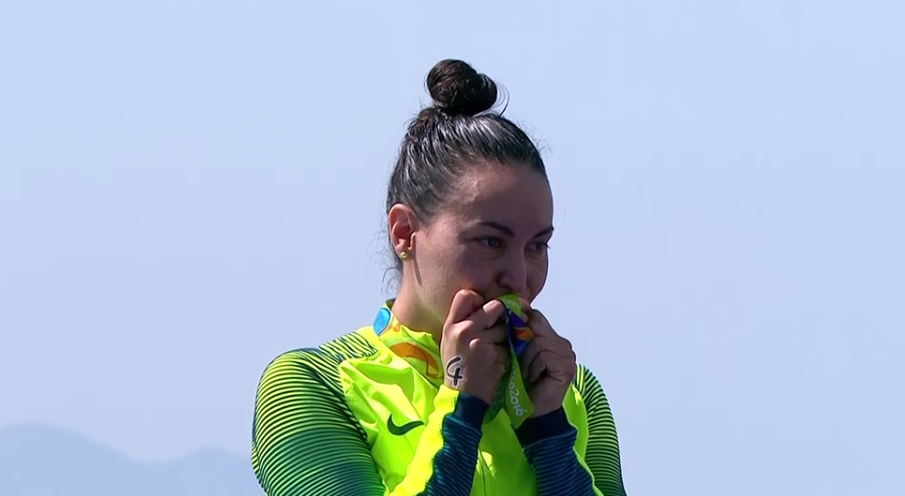 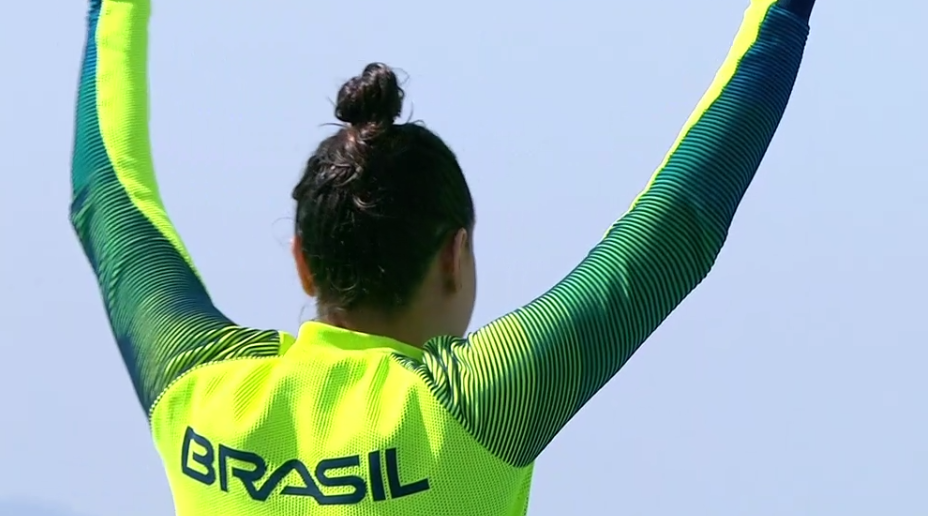 The 33-year-old Poliana Okimoto was one of the oldest swimmers among the 50 finalists in the men’s and women’s Olympic 10K Marathon Swim on Copacabana Beach in Rio de Janeiro.

Her road to her bronze medal swim was a very, very, very long one.

Okimoto originally did not like swimming in the open water. “I didn’t like the cold or the seaweed or swimming in such rough water conditions or with everyone swimming around me and being physical. I really didn’t like all these things in the beginning.”

But she was good at swimming longer than 800 meters which was her speciality in the pool. She did a lot of local ocean swims in her native Brazil. Of course, 5 km races were even better and 10 km was the best.

Over the years, she won world championship races and FINA’s 10K Marathon Swimming World Cup series. She was always competitive in international races except for a DNF that she experienced at the 2012 London Olympic Games.

She qualified for the 2008, 2012 and 2016 Olympic 10K Marathon Swims – one of the very few athletes who were consistently on top of the sport of marathon swimming. But a medal was out of reach and, at the age of 33, time was not on her side. She kept on training hard, always remembering her ultimate goal of earning an Olympic medal.

She is married to her coach, Ricardo Cintra, and they had forged a long-term strategy to win a medal in Rio. “I want to start a family and do other things, but when Rio de Janeiro won the bid to be the 2016 Olympic host, I knew that I had to continue,” she recalls.

During today’s 10 km swim, Okimoto was in good position to medal throughout the race. She took out the first 5 km very easy and was in the middle of the lead pack, conserving energy. But when Sharon Van Rouwendaal opened up a lead with a fast surge after the 7 km mark, Okimoto knew that she had to give chase. This was her last and best chance to medal.

She fought closely with Rachele Bruni of Italy, Aurélie Muller of France, and Xin Xin of China. Only two of the four women in the trailing pack would win a medal. But fortune shined upon Okimoto on this day.

After Muller claimed silver and Bruni bronze, just ahead of Okimoto, her heart sank. Okimoto had given it everything she could. She had trained for this moment…and she lost.

But after a few confusing minutes and discussions among the referees, FINA’s head referee John West declared Muller to be disqualified and Okimoto the bronze medalist.

Her long road to success was finally and ultimately reached.