Breaking Barriers, In Sports, In Life 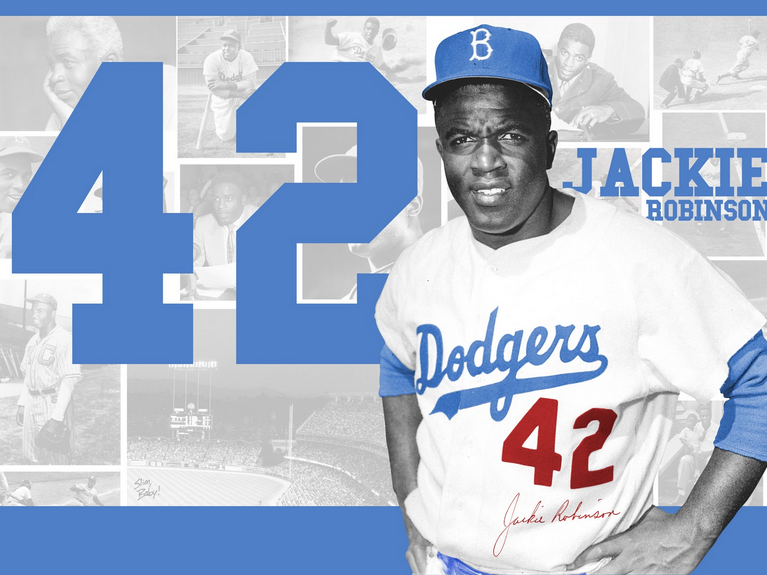 Connecting dots between open water swimming and baseball is a stretch, but 42 plays a role in each sport.

Breaking Barriers, In Sports, In Life is a youth program managed by Sharon Robinson. The program brings curriculum into American schools, teaching character-building skills through the metaphor of baseball and the experiences of Sharon’s father, Jackie Robinson.

Jackie Robinson was a legendary American baseball player who became the first African-American to play in Major League Baseball in the modern era.

The Brooklyn Dodgers ended racial segregation when they started Robinson in 1947. Robinson’s play changed opportunities for many and his character and All-Star talent challenged the tradition of segregation which had influence many other aspects of American life. Today on April 15th, known as Jackie Robinson Day in Major League Baseball, at baseball stadiums across the United States, ballplayers and spectators will reflect on Robinson’s contributions to sports and society. Athletes and baseball staff will also wear his playing number “42” on their jerseys to honor him.

His number – 42 – reminds us of a marathon as in the number of kilometers in a marathon run and in channel swims like the Molokai Channel.

Additionally, the character traits included in his daughter’s curriculum are Determination, Commitment, Persistence, Integrity, Justice, Courage, Teamwork, Citizenship, and Excellence. Its goal is to educate youth through sport in order to uplift them.

That number – 42 – and those traits specifically Determination, Commitment, Persistence, Integrity, Courage, Teamwork, Citizenship – and the entire concept of Breaking Barriers – are commonalities between open water swimming and American baseball.